NCRINational Council of Resistance of Iran
EN FR DE IT AR ES AL
HomeIran News NowWho Is Mohammad Eslami: A Totally Irrelevant Choice or A Perfect Match?
Iran News NowPublications - News and ArticlesSpecial Reports-News and ArticlesIran Nuclear NewsEbrahim RaisiNews- Find what is going on In IranWho is who?

Who Is Mohammad Eslami: A Totally Irrelevant Choice or A Perfect Match? 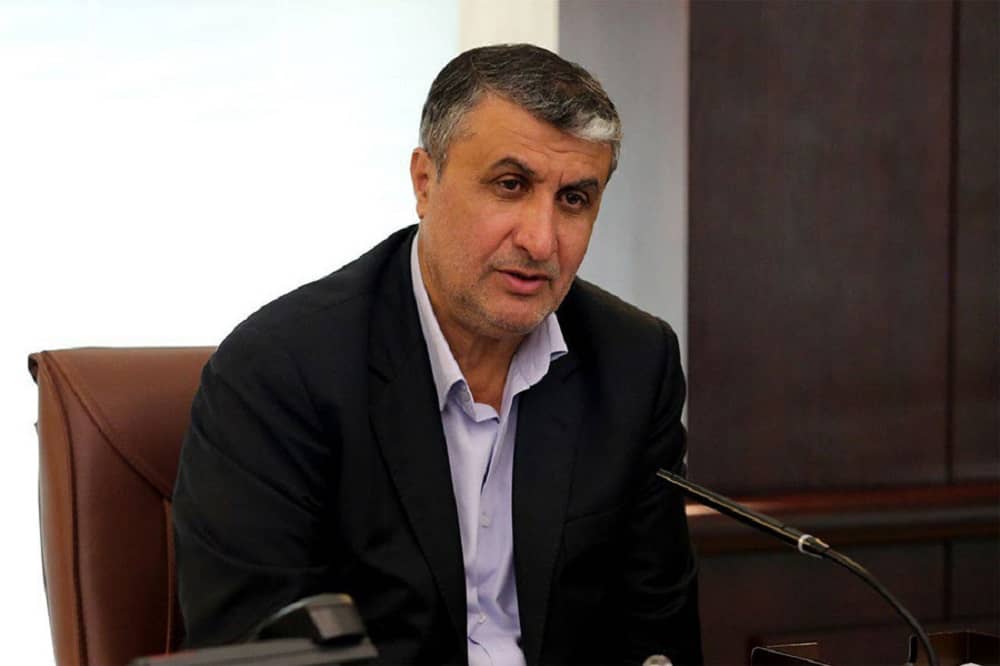 On Sunday, Ebrahim Raisi, the new Iranian regime’s president, announced that he’d chosen Mohammad Eslami as his deputy and the new head of the Atomic Energy Organization of Iran (AEOI). Thereby, Eslami replaced Ali Akbar Salehi, who served the post since August 2013 and played a crucial role in the nuclear talks that led to the signing of the Joint Comprehensive Plan of Action (JCPOA).

Despite Persian language and international media focusing on Eslami’s academic background, his lacking scientific qualifications in the nuclear field, coupled with the designation by the United Nations for his role in the regime’s “nuclear weapons program,” an in-depth look might reveal that his appointment isn’t that way off after all. He might not possess the credentials, but he certainly does know more about the Iranian nuclear program than you might think.

On September 28, 2008, under the resolution 1803, the UN sanctioned Mohammad Eslami as head of Iran’s Defense Industries Training and Research Institute, for “being engaged in, directly associated with or providing support for Iran’s proliferation-sensitive nuclear activities or for the development of nuclear weapon delivery systems.”

According to the revelations on August 26, 2005, by the National Council of Resistance of Iran (NCRI), Mohammad Eslami has been a veteran member of the research directorate for the Revolutionary Guards (IRGC) who reportedly headed its delegation in meetings with Abdul Qadir Khan (AQ Khan, the father of the Pakistan atomic bomb who ran an extensive smuggling network) in 1986 and 1987, when the Iranian nuclear program was in its early stages. At that time, the main mission of the IRGC research was researching the nuclear bomb, and the meetings took place in Tehran, and the IRGC delegation was comprised of three officials. Reza Amrollahi coordinated it, then the Head of the AEOI.  The Los Angeles Times wrote on September 23, 2005:

“In 1987, Khan and two middlemen who had helped Pakistan build its bomb had sold centrifuge components and designs to Iran, which was embarking on its own secret nuclear program. The deal was finalized at a meeting in Dubai by two of Khan’s associates, and three Iranians, one of whom was identified this week by an exile group as Mohammad Eslami, at the time a top official of the elite Revolutionary Guards. It is the first known transaction in what would mushroom into the world’s largest private proliferation network.”

On Eslami’s resume, you can also learn that he’s held major positions, including:

Conclusion: the new nuclear chief has played a major role in the regime’s ambitious ballistic missile program for over a decade.

Before Ali Akbar Salehi, the AEOI was headed by Fereydoun Abbasi. Abbasi is also “listed in an annex to U.N. Security Council Resolution 1747 of 24 March 2007, as a person involved in the regime’s nuclear or ballistic missile activities”. On Sunday, after Eslami was announced as the AEOI’s new chief, Abbasi tweeted: “The selection of Engineer Mohammad Eslami, who has a very positive record in the fields of education, executive management at the national level and product research that led to materializing a product, promises the correct implementation of the nuclear strategies of the system.”

On January 8, 2020, the very night the IRGC Aerospace Force shot down Ukrainian Airliner PS752, then Minister of Roads and Urban Development under Rouhani, Mohammad Eslami, blamed a “technical defect” for the crash and told the state-run ISNA news agency: “Foreign media publish rumors about a terrorist attack, explosion, or shooting as the cause of the crash of a Ukrainian plane, which is not true. A technical defect was the cause of the accident.” The former “aerospace expert” later came forward with a theory that if the plane was hit by a missile, it would have exploded in the air instead of crashing into the ground.

As the new government in Tehran is taking over and new deputies are replacing old ones in each ministry, there have been speculations that the trio will lead the new delegation for the nuclear talks: namely, Hossein Amir Abdollahian, the new foreign minister, Mohammad Eslami, and Ali Shamkhani, the Secretary of the Supreme National Security Council who won’t face a replacement anytime soon. While the 4+1 and Washington are impatiently pressing Tehran to resume talks, the new formation is anything but promising a bright outcome.

Whether Europe, the United States, or Iran’s neighboring countries like it or not, the regime’s Supreme Leader Khamenei has made up his mind. Paving the way for a handpicked parliament and an oppressor-in-chief as its speaker, two mass executioners as president and chief justice, and a loyal gang as the cabinet is driving an indisputable conclusion.

Facing nationwide revolt and international isolation has left the regime with no choice but to declare war on all fronts. Installing the regime’s ‘nuclear weapons program’ pioneer and missile expert as the new nuclear chief who’s willing to lie and deceive its way out of the crises is not a coincidence. It’s just a puzzle coming together, not slowly but surely indeed.