Written by The Editorial Board
3rd September 2021 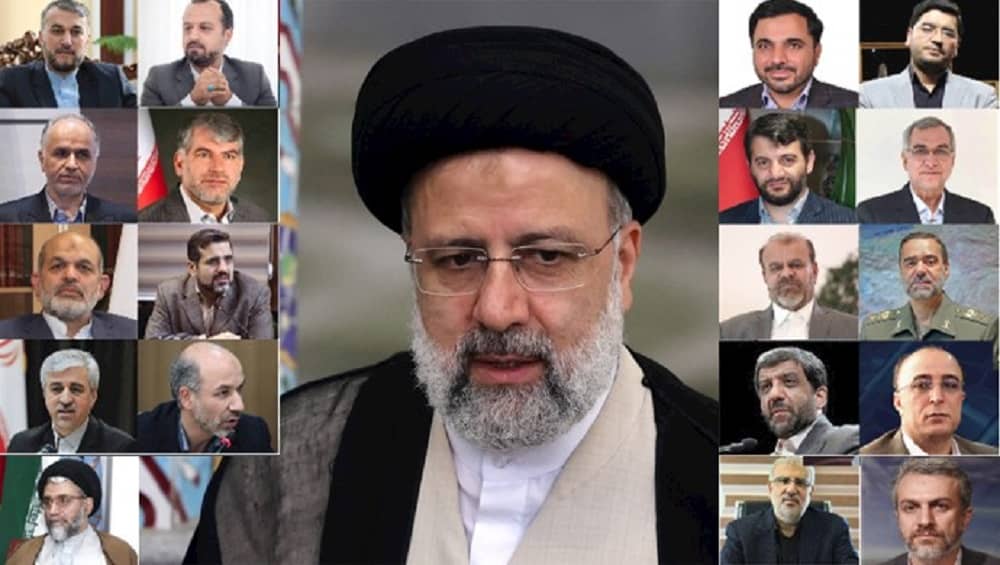 The rise of Ebrahim Raisi, a known mass murderer, to the Iranian regime’s presidency revealed a weak theocracy’s desperate attempts to reassert its failing rule through domestic violence and international adventurism. Raisi’s subsequent appointments and cabinet picks have made that judgment all the more certain.

Raisi’s cabinet of corrupt thieves, human rights abusers, and globally wanted terrorists – a squad of cannibals – proves that the regime is hell-bent on pursuing a repressive agenda at home and destabilizing activities abroad.

It also demonstrates Tehran’s intentions to accelerate its missile and nuclear weapons programs. This was put on display with the appointment of IRGC Brig. Gen.

Eslami has also served as the director of the Defense Training and Research Institute of the Ministry of Defense and Logistics of the Armed Forces (2004-2007). His core mission at the time was to conduct research on nuclear weapons.

He personifies the IRGC’s attempts to acquire nuclear weapons by tapping into the global black market. Back in 1986 and 1987, when the regime’s nuclear program was still in its nascent stages, Eslami headed an IRGC delegation that met with Abdul Qadir Khan, the father of Pakistan’s atomic bomb. The meeting was coordinated by Reza Amrollahi, the then head of the Atomic Energy Organization. The NCRI exposed this information in detail on August 26, 2005, during a press conference in Washington, D.C.

#Iran: Ebrahim Raisi’s cabinet of thieves and terrorists gets approval from parliament

Eslami was then placed on the UN Security Council’s sanctions list on September 28, 2008, in accordance with UN Security Council Resolution 1803, for his role in sensitive activities related to the regime’s nuclear enrichment program.

Eslami has been a faithful functionary in the regime’s security apparatus. In the 1980s, he was groomed in the extremist and repressive “Islamic Revolutionary Committee,” whose main mandate was to root out democratic opponents. He was later rewarded with a series of promotions to senior positions, including Minister of Roads, a deputy in the Defense Industries Organization, the Head of the Defense Industries Training and Research Institute, and the Deputy Minister of Defense.

Raisi himself was handpicked by Khamenei to lead the executive branch because of his undeniable fealty to the theocracy, proven with his involvement in the massacre of over 30,000 political prisoners in 1988. His key cabinet picks include multiple figures who are under sanctions by the US and the EU for their involvement in terrorism. Two of the newly-confirmed officials, Interior Minister Ahmad Vahidi and Deputy for Economic Affairs Mohsen Rezai, are even subjects of Interpol warrants because of their involvement in the 1994 terrorist bombing in Argentina.

If Raisi’s cabinet is any indication, the regime is clearly closing ranks and regrouping its most loyal functionaries in order to forestall its imminent downfall. But, it’s too little too late. These actions are a reflection of the regime’s increasing weakness and vulnerability in the face of a multitude of irremediable domestic crises as well as deepening global isolation. As recent events prove, the mullahs have no viable options to secure the sustainment of their extremist rule. The tens of millions of disenchanted Iranians know this, and they are waiting their turn.