EU: No Iran nuclear deal without cooperating with UN probe 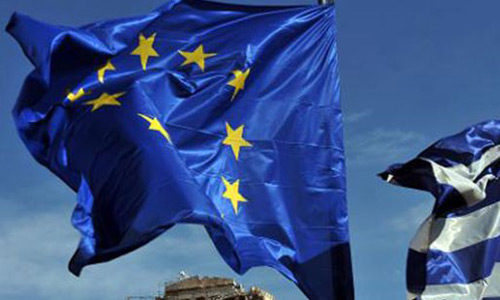 The European Union is telling the Iranian regime to cooperate with a stalled U.N. probe of suspicions that it worked on atomic arms if it wants a nuclear deal that will see removal of sanctions.

The Associated Press has obtained a copy of EU statement ahead of its delivery Monday at a meeting of the U.N’s International Atomic Energy Agency.

The EU statement says getting to the bottom of the probe “will be essential” to a nuclear deal.

In its last report of 29 May 2015, IAEA declared Iranian regime’s lack of cooperation with the investigations into the possible military dimension (PMD) of Iran’s nuclear activities that have reached an stalemate.

The Iranian regime also would have to accept limits on its present nuclear activities.

The IAEA is focused on 12 activities that point to clerical regime’s attempts to make nuclear weapons, including activities related to work on the development on a nuclear payload for missiles. The UN watch dog listed the unresolved issues regarding “possible military dimensions: of the Iranian nuclear program in its November 2011 report.

Placing inspection and verification mechanisms to prevent the Iranian regime from obtaining nuclear weapons remains to be a key unresolved issue between Iran and P5+1.

Previous articleIran: Visiting MEPs barred from speaking to foreign media
Next articleIf You Respect the Iranian People, You Should Support Them, not the Regime