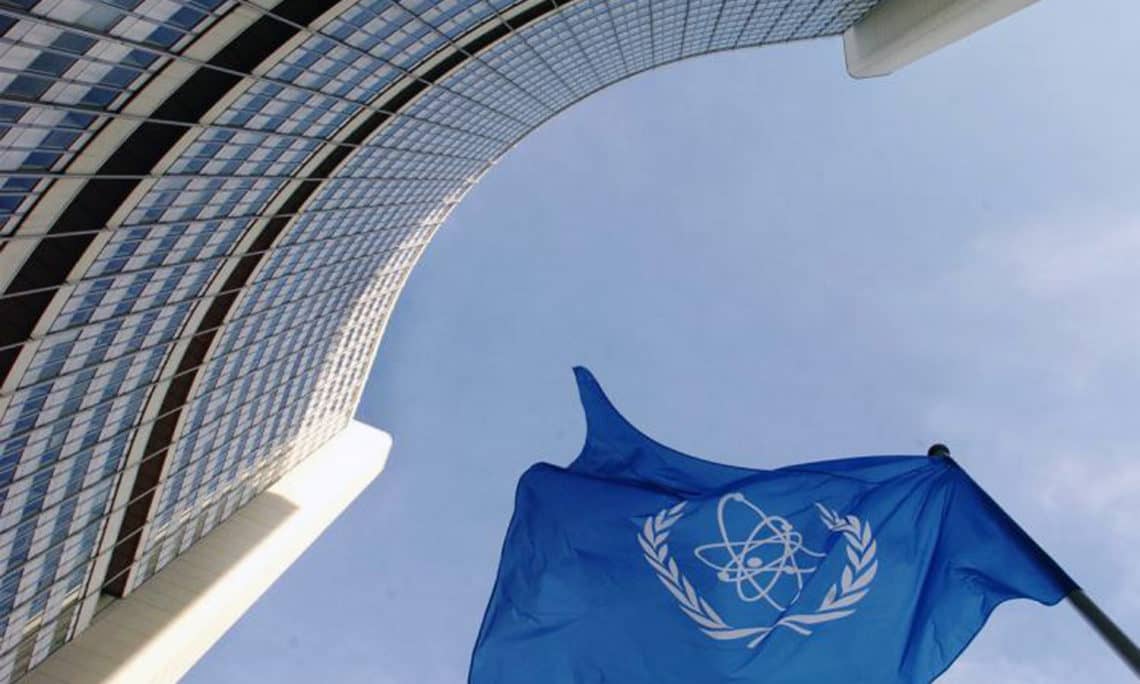 Following the visit of Rafael Grossi, Director-General of the International Atomic Energy Agency (IAEA), to Iran, in its newest report as reported by Reuters, the UN nuclear watchdog confirmed the Iranian regime’s nuclear ambitions. The report’s findings make clear it’s necessary for the world community to reimpose all sanctions on the regime.

“Iran has let the U.N. nuclear watchdog inspect one of the two sites it agreed last week to grant access to after a protracted standoff, while Tehran’s stockpile of enriched uranium has risen further, quarterly reports by the agency said on Friday,” Reuters wrote.

According to Reuters, the IAEA report after its inspection of the regime’s first nuclear site confirmed that “Iran’s stock of low-enriched uranium (LEU) rose by 534 kg in the most recent quarter, roughly the same amount as in the previous three months, to 2,105.4 kg. That is more than 10 times the 202.8 kg limit set by Iran’s 2015 nuclear accord with big powers.”

In fact, the regime has been constantly breaching its commitments under the terms of the 2015 nuclear deal with world powers, formerly known as the Joint Comprehensive Plan of Action or JCPOA.

Days after the IAEA report was leaked, Behrouz Kamalvandi, a spokesman for the regime’s Atomic Energy Organization, in an interview with the state-run ISNA news agency on Sunday said: “The current production of enriched uranium in the country is equivalent to the capacity prior to the JCPOA. We currently have more than 3 tons of enriched uranium; and I can say with the current pace, we could produce between 250 kg to 300 kg enriched uranium, which is equivalent to our capacity prior to signing the JCPOA.”

Prior to the IAEA report, the National Council of Resistance of Iran (NCRI), which was the first to expose the Iranian regime’s nuclear activities for obtaining a nuclear bomb, had reiterated: “As it has shown in the past, the mullahs have never given up their pursuit of a nuclear bomb and weapons of mass destruction. The international community, and in particular the IAEA, must, therefore, insist on the immediate and unconditional inspection of all suspect sites to prevent regime’s deception. A thorough inspection of all sites and nuclear facilities of the regime without any restrictions is critically imperative and the basis for verifying the truth about the possible military dimensions (PMD) of the regime’s nuclear weapons development and to prevent concealment and deception of the largest state sponsor of terrorism in the world today.”

Regarding the regime’s ongoing violations of the nuclear deal, Mrs. Maryam Rajavi, the President-elect of the NCRI, had previously said: “The policies and actions of the mullahs’ regime, five years after the nuclear deal with the P5 + 1 countries, leave no doubt that this regime has never give up the project to acquire an atomic bomb and continues the deception and concealment. The regime uses all the facilities and concessions that the nuclear deal has given it to pursue terrorism, foreign warfare and domestic repression.” Ms. Rajavi added that the activating the trigger mechanism, reinstating the six UN Security Council resolutions, completely halting enrichment, closing the nuclear sites, and anywhere, anytime inspections are imperative in preventing Iran’s ruling religious fascism from acquiring the atomic bomb.

The clerical regime’s policies and conduct, five years after the nuclear deal with P5+1 countries, leaves no shred of doubt that it has never given up its project to obtain nuclear weapons and it continues to deceive and conceal its activities. #Iran