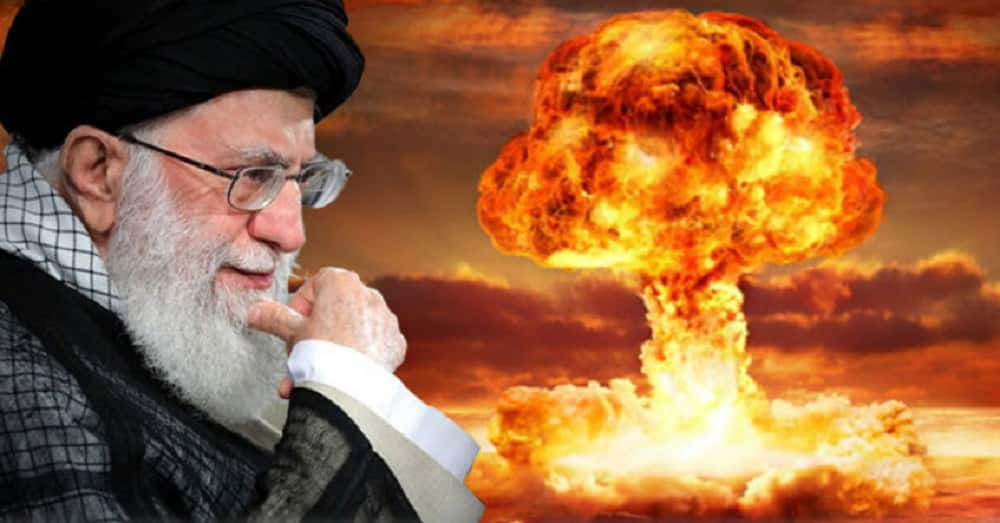 The International Atomic Energy Organization presented its quarterly report on Iran’s nuclear activities on Tuesday, which confirmed that obstacles to the restoration of the 2015 nuclear agreement had only continued to proliferate as Iran made its transition from one presidential administration to another. This came as little surprise to persons familiar with the situation, given that the regime’s President Ebrahim Raisi, who was inaugurated on August 5, is widely recognized as one of the regime’s most avowedly hardline figures, who was a key member of the “death commission” in the 1988 massacre of political prisoners.
The main issue was highlighted in advance of the IAEA’s previous quarterly report, by the body’s Director General Rafael Grossi, who advocated for a supplementary or replacement agreement to address the issues created by Iran’s expanded enrichment of uranium and related developments that narrow the regime’s “breakout time” for a nuclear weapon. “Iran has accumulated knowledge, has accumulated centrifuges, and has accumulated material,” he said by way of explanation for his claim that “it is not possible” for the JCPOA to simply be revived in its original form.

If this assessment was correct when it was made in May, it has only been reinforced by the content of the latest IAEA report, which notes that the Iranian regime’s stockpile of 20-percent enriched uranium has grown from 62.8 kg to at least 84.3 kg over a period of about three months. Under the terms of the JCPOA, Iran was required to limit its enrichment to the level of 3.67 percent fissile purity, as well as limiting the overall quantity of its uranium stockpile. The regime began violating this restriction very soon after the US pulled out of the agreement in 2018, and has since raised its enrichment ceilings to the highest level ever recorded. The latest IAEA report also confirmed that Iran has acquired 10 kg of 60-percent enriched uranium, putting it well beyond levels that are considered useful for power generation and medical research, and stopping just short of weapons-grade, for now.
On his way out of office, the regime’s president Rouhani publicly boasted that Iran would be able to easily reach the weapons-grade level of 90 percent enrichment, though he toned down the implicit threat by suggesting that it would do so only if that level became useful for purposes other than nuclear weapons development. This reflects the regime’s longstanding strategy of downplaying its nuclear activities by insisting that they are exclusively intended for peaceful purposes, even when the very nature of those activities suggests otherwise.

The duplicity of this strategy was made plain in February when then-Intelligence Minister Mahmoud Alavi highlighted an oft-cited religious edict from the regime’s supreme leader, only to acknowledge that the supposed prohibition on acquiring nuclear weapons could be reversed or disregarded at any time, without consequence. “The fatwa forbids the production of nuclear weapons, but if they push Iran in those directions, it is not Iran’s fault,” he said. “Those who pushed Iran in that direction will be to blame.”
That statement was a tacit admission of Tehran’s military nuclear ambitions, as well as an example of the regime’s attempt to use the threat of nuclear breakout as a means of securing concessions from foreign adversaries.
The People’s Mojahedin Organization of Iran (PMOI/MEK), which has had a crucial role in revealing the Iranian regime’s nuclear program, was prominently critical of the nuclear deal at the time of its signing and in the years leading up to the US withdrawal. The MEK argued that there were unforgivable gaps in the agreement, including the absence of any requirement for Iran to come clean about the possible military dimensions of past nuclear work as a precondition for implementing the JCPOA.
As the latest IAEA report confirms, this has only become more of an issue in the ensuing years. It reiterates unresolved questions about nuclear traces found at three sites that the regime did not disclose to the UN atomic agency and a fourth site where the presence of nuclear material is suspected by has not yet been confirmed.
“The director-general is increasingly concerned that even after some two years the safeguards issues outlined above in relation to the four locations in Iran not declared to the agency remain unresolved,” the report stated, albeit without clarifying expectations, deadlines, or potential consequences the Iranian regime might face for continuing to obstruct a full account of past nuclear activities.
The IAEA’s report was presented a week ahead of the planned meeting of its Board of Governors, which will now face a decision about whether to push for a resolution condemning Iran’s latest behavior and outlining specific requirements. No doubt, some of the members on that board will express concern about the impact that such a resolution might have on Iran’s attitude toward possibly forthcoming nuclear talks. But others are sure to point out that the value of those talks is questionable as long as the Iranian regime continues to demand concessions while simultaneously provoking those who remain worried about its nuclear program.

But the most important issue is the regime is covertly continuing its nuclear weapons drive, and that even the JCPOA has been unable to halt the regime’s military nuclear weapons projects, and that the regime has maintained, continued, and furthered its military nuclear apparatus and activities in violation of the JCPOA.
It is now evident that the Iranian regime is using its covert military nuclear program as leverage to blackmail and secure concessions to offset its vulnerability domestically, regionally, and internationally, as regime survival becomes increasingly tenuous.
The Iranian regime cannot be trusted, and the international community must remain vigilant. The solution to preventing the regime from obtaining a bomb is not to appease or provide it with concessions or bargain with it over its illegitimate military nuclear project, but to pursue a firm and principled policy vis-à-vis this regime.

Previous articleIran’s Rising Number of Executions: Sign of Systematic Impunity
Next articleIran: Torturing Political Prisoners to Death by Depriving Them of Medical Care