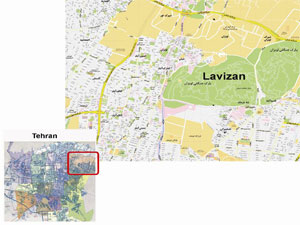 Owing to acute domestic crisis, regional and international challenges as well as popular resistance, the clerical regime is on the brink. In such circumstances, it is bent on guaranteeing its survival by tipping the current balance of power through dominating Iraq and acquiring nuclear weapons. For this reason, obtaining nuclear weapons is indispensable to the strategy it is pursuing. 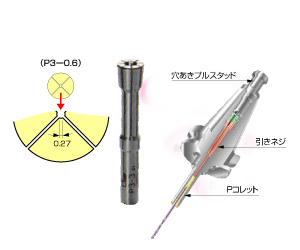 I would like to draw your attention to a fundamental point. The three parameters which the regime needs for its survival, namely internal suppression, dominating Iraq and acquiring the nuclear bomb, are intertwined with the ascension of the Islamic Revolutionary Guards Corps. By appointing a former IRGC commander as President, Supreme Leader intends to expand its meddling in Iraq and expedite nuclear weapons production. Through Mahmoud Ahmadinejad, Khamenei is trying to push aside all bureaucratic obstacles in order to put all logistic, diplomatic and financial resources at the disposal of the nuclear weapons program.

By taking advantage of the conditions created by the EU-3 nuclear talks, the mullahs are involved in procuring and completing the necessary chain to produce a nuclear bomb. 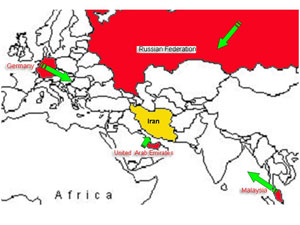 The information I am revealing today concerns specifically the regime’s efforts to acquire Maraging Steel, two times harder than stainless steel and 85 percent harder than pure titanium, in order to build the casing for the nuclear bomb as well as centrifuges.

An implosion is needed for a nuclear explosion to create high energy explosion to set off a nuclear chain reaction and a nuclear detonation. This initial explosion must take place in a closed area for maximum power. A very strong casing is need, which is normally made with Maraging Steel.

The regime is also using Maraging Steel to build the casing and containers for missiles as well as external rotors of missile engines. This is requirement to increase the range of the missiles.

The regime has been trying to obtain Maraging Steel both through smuggling from abroad and by producing it inside the country.

Names of front companies:
–    A central company is set up to import metals. It is called ASCOTEC and is a subsidiary of the Organization for the Development and Rebuilding Iran’s Mines and Industries. It has a very active working relationship with NSC. Ahmad Alaghmand is in charge of its Tehran branch. The address of the branch is: Tehran, Seyed Jamal ad-Din Assad-Abadi Street, Martyr Jahan Ara Street, West 43rd Street, number 36.

–    In 1998, a British citizen of Iranian descent, Ali Asghar Manzarpour was arrested and jailed for nine months for exporting 750 kms of Maraging Steel to Iran from the United States to be used for nuclear weapons.

Production inside Iran:
6.     Research and the production of Maraging Steel in Iran are currently being conducted at Malek-Ashtar University, which is affiliated with the Defense Ministry. Some advances have been made in this regard. Malek Ashtar University is the center for different tests for nuclear weapons and is affiliated with the Defense Ministry. The headquarters for the University is in Tehran’s Lavizan area. It also has a branch in Isfahan and another in Karaj (west of Tehran).

The research at Malek Ashtar with respect to Maraging Steel is not merely academic and theoretical. It aims to produce this type of steel domestically.

The type of steel that is being procured in Malek Ashtar University contains Cobalt and has grade of 300-350. Both types are used to build rotor for centrifuges. There have also been tests for higher grade steel.

7.    The regime has also used other scientific and specialized centers to obtain Maraging Steel. Tehran’s Technical University has carried out some research on this type of steel under the supervision of Dr. Nili.

In Isfahan’s Mobarakeh Steel factory, a series of secret activities are underway. Last year, a new assembly line was set up. All information about it is classified and even Iranian experts are not allowed to visit the location. The assembly line is reported to have been put in place for the production of Maraging Steel.

Concerning the nuclear talks with the EU-3, Secretary for the Supreme National Security Council and Tehran’s nuclear point man in talks with the European Union, acknowledged, “In the past 21 months, the Islamic Republic has achieved brilliant results in technical, legal, political, propaganda and national security spheres… Today, however, we have started up, tested the facility in Isfahan at the industrial level, and produced several tons of UF6. Today, there are a significant number of manufactured centrifuges ready for use. It may seem on the surface that we have accepted the suspension. But in reality, we have used the time to alleviate many of our shortcomings. We continued building centrifuges until the Paris Accord. After June, we doubled our efforts to make up for the suspension. We have not suspended work in Isfahan, even for a second. Arak has not been suspended at any time… The decision that the fuel cycle was our red line agreed to by the regime’s leaders and experts.”

A few days prior, Hossein Moussavian, head of Tehran’s negotiation team with the EU boasted, “As the result of negotiations, not only Iran’s nuclear capabilities were preserved, and we were spared a military attack, but we were also able to complete our nuclear capabilities because of the atmosphere that was created. For example, the UCF project in Isfahan was completed in this period and can now be used.” He stressed that without the nuclear talks, “large contracts in oil and gas we signed with the rest of the world would have been impossible. The nuclear talks allowed Iran to sign long-term contracts to export gas to India, China, Pakistan and the United Arab Emirates.”

The clerical regime is pursuing nuclear weapons full force. As I said, it has allocated all its resources to this effort. The French Prime Minister said that terrorists were using terrorist camps in Iran to go to Europe. Regrettably, Tehran is exploiting EU’s appeasement to obtain nuclear weapons.

Is there anything that could stop the mullahs from getting the A-bomb? The fundamental solution is democratic change in Iran at the hands of the Iranian people and Resistance. The main impediment to this change is European appeasement of Tehran. This policy has contributed greatly to prolong the mullahs’ rule. By labeling the main Iranian opposition, the People’s Mojahedin as terrorist, EU has created the biggest obstacle to change in Iran.

If we do not want a terrorist regime obtain nuclear bombs, the policy of appeasement must be abandoned. By referring Iran’s nuclear file to the UN Security Council, the regime could be prevented from easily acquiring the necessary means to complete its projects. By removing the unjust tag on the Mojahedin, the EU should stop acting as Tehran’s accomplice in cracking down on the Iranian people and remove the unjust impediments for democratic change in Iran.

I also have a recommendation for IAEA Chief,  Dr. Mohammad Elbaradei. Today, we have revealed that Iran is producing Maraging Steel domestically and has also purchased it from abroad. Why does the IAEA not send some of its inspectors to visit the sites we have identified and also investigate the front companies used by the regime to purchase Maraging Steel? If you send them now, you may catch them red handed. If you delay, the mullahs would conceal everything.

He said Iran should not be harassed. I say the world’s most dangerous terror sponsor must be harassed. The international community can ill afford to allow the mullahs to continue their nuclear work with impunity.