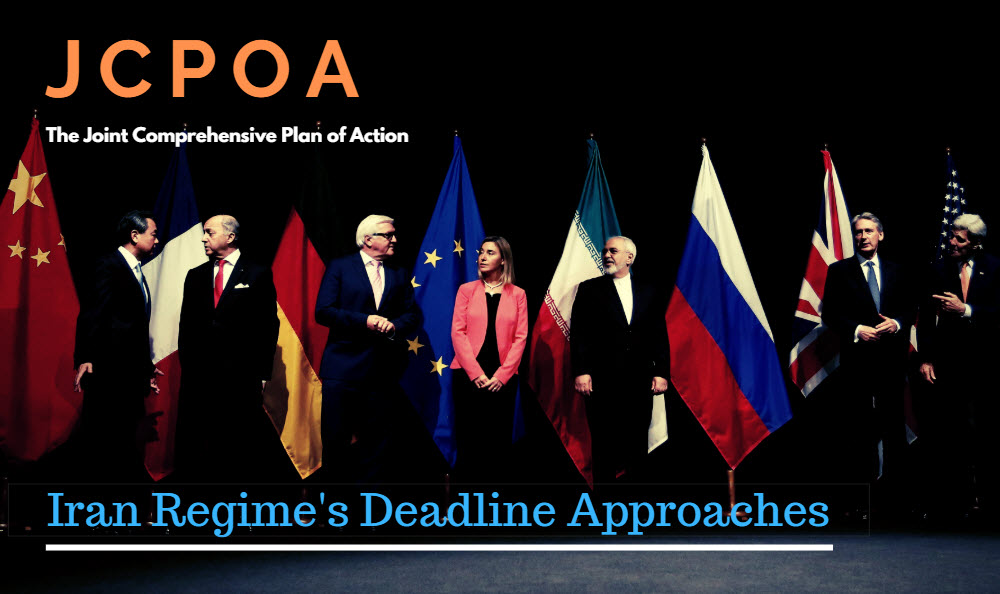 Iran issued a 60-day deadline earlier this year to the three European signatories of the Joint Comprehensive Plan of Action (JCPOA) and to China and Russia. It announced that they wanted these countries to come up with ways to help Iran in the face of the U.S. sanctions.

Very quickly, the Europeans issued a statement saying that they will not accept any ultimatums from Iran.

Iran’s deadline will expire next month on 7th July. So what is going to happen – especially now that it appears the countries will not be able to satisfy the Iranian regime’s demands. For one, the Europeans are not too keen on violating U.S. sanctions. The INSTEX special purpose vehicle was a way to circumvent the sanctions, but it was a complete failure.

Some believe that China might dare to test the United States, but still not outrightly violate the sanctions. It is a critical time for the United States and China in the ongoing trade dispute, and it is expected that the Iran issue is not a primary concern for China.

It is hard to predict what the Iranian regime will do next. It is in an extremely delicate place because of the international, domestic and economic pressure that it is under. The regime can be very unpredictable at the best of times, but it is hard to guess what the regime will do when it has been backed so far into a corner.

Perhaps Iran will pull out of the nuclear deal completely and increase its steps to having a nuclear weapon. Or perhaps it will realise that heading back to the negotiating table with the United States is the better option?

The Supreme Leader, Ayatollah Ali Khamenei, has said on a number of occasions that Iran will not negotiate, but President Hassan Rouhani has appeared more open to the idea. Rouhani, despite being the president, can be overruled at any time by the Supreme Leader though.

It seems that the Iranian regime is trying to deflect some of the pressure by issuing the 60-day deadline. But will it work? Probably not. The Iranian regime is very far away from a place of strength and its go at calling the shots is quite frankly ridiculous.

If the regime decided to go ahead and increase its uranium enrichment, it would be a foolish move. The United States and its regional allies, as well as a number of other countries, will not just sit back and watch Iran become even more of a threat than it already is.

Military conflict would be the worst possible move for the regime because it would precipitate its demise quicker than anyone could imagine. It can not afford a war and it would freefall towards its collapse very quickly. Iranian people call this situation the toppling impasse.

In the meantime, it is essential for all foreign countries to realize that the clerical regime ruling Iran has a real and viable alternative, the National Council of Resistance of Iran which is stronger than ever and moving forward with its Resistance Units inside Iran and its international support recognition of this alternative helps the people of Iran and the whole world to get rid of mullahs’ regime sooner than later.