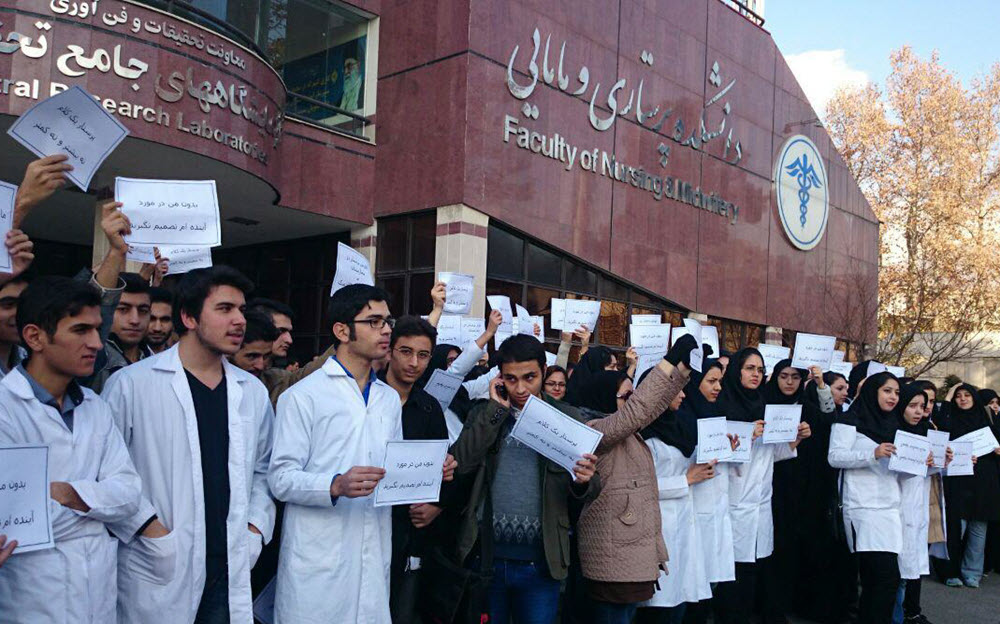 Iran faces a shortage of nurses, while many unemployed nurses leave the country.

While Iranian hospitals face a severe shortage of nurses, causing some to die under the unmanageable workload, there are 20,000 unemployed nurses in the country, according to the General Secretary of the Iranian Nursing Organization.

Sharifi Moqadam told the state-run Fars News Agency that Iran was among “backward countries” when it came to the number of nurses working in Iranian hospitals, highlighting that the “number of working nurses is even lower than Iraq’s”.

This means that there is much more pressure on nurses in Iran than in other parts of the world. A notable example is that in Iran there is one nurse per hospital bed, whereas in Europe there would be 10 nurses.

This is having a great toll on the nurses; with 24-year-old nurse Saied Alian dying in January due to excessive work pressure. The ILNA state-run news agency reported that 20 other nurses had died in the span of three years due to pressure at work.

Last spring, the Deputy Minister of Nursing at the Ministry of Health told state-run website Eghtesad Online that Iran lacked between 120,000 and 150,000 nurses, according to international standards. This is made worse by overwork of some and unemployment of others that causes some nurses to leave the country. In spring 2018, Deputy Minister Maryam Hazrati said that there were 30,000 unemployed Iranian nurses and that 130 had emigrated to Australia alone in just one month.

(Of course, it’s not just nurses. Official statistics show that 150,000 to 180,000 educated Iranians emigrate from Iran every year, which works out at 400-500 specialists and elites every day.)

Not only are nurses overworked, but they’re also underpaid. The state-run ISNA news agency reported that the Karaj Khomeini Hospital has not paid its employees for close to a year because of its major financial problems caused by mismanagement. The 250-bed hospital, which is one of the most equipped angiography hospitals in Iran, has a 100 billion toman debt and reports indicate that the equipment is now left unused.

A lot of nurses and other hospital staff from the Khomeini Hospital in Karaj and many other hospitals have held dozens of gatherings in the past year to protest their low or unpaid salaries. Those in the Iranian diaspora or those in support of Iranian nurses can publicise the protests online or join in with one of the massive anti-regime demonstrations set to be held in Europe and the US over the next couple of months. The next one is in Brussels on June 15.