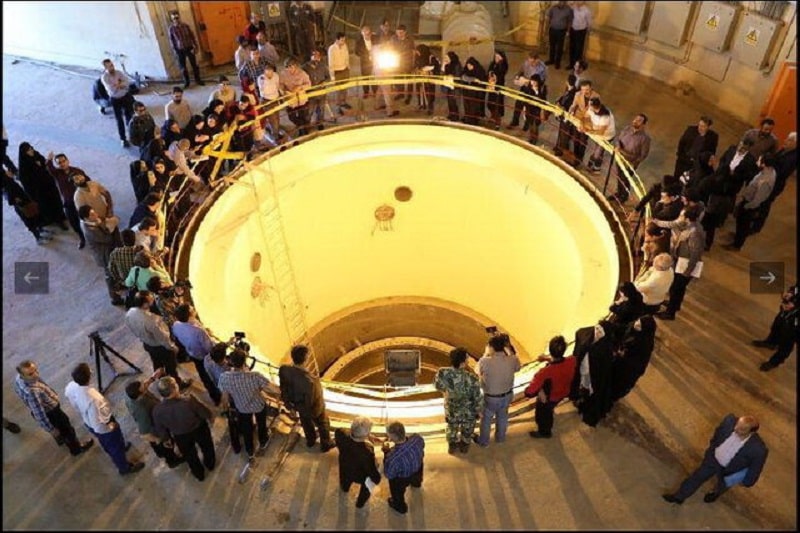 The Iranian regime has started enriching uranium at 60 percent fissile purity, in line with the mullahs’ nuclear extortion campaign.

The mullahs’ Deputy Foreign Minister Abbas Araqchi had previously announced that “another 1,000 centrifuges with 50% more capacity will be added to the existing machines in Natanz, in addition to replacing the damaged machines.”

The reference to damaged machines was an acknowledgment of the fact that security had been breached at the fortified Natanz nuclear site earlier this week. The sabotage at that site was a clear sign of the Iranian regime’s vulnerability, which has no doubt made Tehran all the more desperate to display an image of strength.

The international community, mainly the European Union, needs to be careful about how they respond to the regime’s provocations, starting with the threat of escalatory enrichment at Natanz and other sites. Such threats should certainly be taken seriously, but they should not be taken so seriously that any Western entity feels compelled to provide Tehran with new concessions aimed and encouraging the regime to back down.

That is, of course, exactly the outcome that the regime’s leaders have in mind. And if the nations of Europe give them what they want, the regime will only recognize more incentive to undertake similarly provocative gestures whenever it is under duress in the future.

The fact is that Tehran is much more likely to respond to the language of strength than it is to engage in good faith negotiations with the international community. The 60 percent enrichment underscores the prior lack of that good faith, partly because it reflects a pace of escalation that has come as a surprise to many supporters of the 2015 Iran nuclear deal, and partly because it seems to confirm the malign objectives that the Iranian regime had long denied were behind its nuclear work.

This latest escalation is far from the first such confirmation. Earlier this year, the regime announced that it had begun work on the production of uranium metal. Many experts on nuclear technology responded by affirming that there is no other purpose for this substance than to function as a key component in the core of a nuclear weapon. This fact reinforced the concerns that had emerged when the regime began operating more highly advanced centrifuges than were permitted under the terms of the nuclear deal, thereby raising both the level and the speed of uranium enrichment.

The Iranian regime has been producing 20 percent enriched uranium at least since January. In order to produce nuclear bombs, the regime would have to continue enriching the uranium beyond 90 percent fissile purity, but as nuclear experts have also noted, this is only a short technical step away from 20 percent enrichment. The regime’s facilities have already begun moving to 60 percent, thus the requisite step is even shorter, and Tehran’s “breakout” time for a nuclear weapon will be even lower than the approximately two months that are cited in most recent estimates.

By all accounts, 20 percent enrichment is more than adequate for the power generation and scientific research that Tehran bogusly claims are the sole objectives of its nuclear work. While all the facts on the ground indicate the regime is lying, certain Western policymakers continue promoting and defending weak agreements that are based on groundless faith in Tehran’s reliability as a negotiating partner.

Those policymakers ought to find it much more difficult to defend their position now that the regime’s authorities are formally moving well beyond the limits of nuclear activity that has a valid civilian purpose. Then again, this difficulty should have already been evident last year, if only the policymakers in question had been paying attention to what the regime’s officials were saying among themselves and in state media, though not in public discussions with the international community.

In November 2019, more than two months before Tehran formally halted compliance with all restrictions imposed by the Joint Comprehensive Plan of Action, the head of the Atomic Energy Organization of Iran boasted in a televised interview about “countermeasures” that had been put in place to prevent Iran from being “trapped” by the uranium limits the regime had agreed to. “When you enter negotiations, you may accept something,” Ali Akbar Salehi said, “but you have countermeasures… and afterward, your opponent, who thought you were trapped, suddenly sees you are continuing your enrichment! How did it become possible?”

Earlier in 2019, Salehi made similar remarks regarding provisions meant to bar the regime from a plutonium pathway to a nuclear weapon, and he offered significantly more detail about the regime’s deception. Although most international reports suggest that Tehran complied with instructions to pour cement into the core of the Arak heavy water facility, Salehi said that authorities had instead obtained an identical set of tubes in order to make it look as if the process was being undertaken, the completed the illusion with manipulated photos of the core.

Such actions should make it impossible for any Western policymaker to go on thinking of the regime as a viable negotiating partner. And this in turn should lead them to reject any notion of complying with the regime’s demands in order to secure an agreement for scaled-back Iranian enrichment activities. History shows quite clearly that there is no guarantee, nor even any substantial grounds for faith that Iran will follow through on whatever it agrees to.

Under these circumstances, Western powers have only one option before them: to further ramp up the pressure on the Iranian regime and its nuclear authorities, until such time as Tehran takes comprehensive and unilateral steps to demonstrate that it has changed its entire approach to the issue. Of course, the EU will need to tread lightly and be on guard against any provocations that seriously threaten global security. But whatever threat looms behind Iran’s 60 percent enrichment plan, it surely pales in comparison to the threats that will emerge as soon as Tehran gets the impression that the West has given into its nuclear extortion.

Previous articleIran: Tehran Can No Longer Conceal Its Vulnerability
Next articleCalls for Nationwide Boycott of Sham Presidential Elections Increase Across Iran