Iran: Without Unrestricted International Inspections, any Agreement is Meaningless 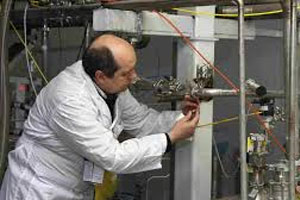 Press Release by International Committee in Search of Justice – 28 June 2015:

Iran’s systematic effort to obtain the capacity for nuclear weapons is one of the main concerns of the international community. The world’s most dangerous means of mass destruction in the hands of the world’s most dangerous terrorist state, whose regional meddling has reached Iraq, Syria and Yemen, would be a nightmare for global peace and security.

The mullahs’ regime came to the negotiation table under pressure of international sanctions. Unjustified concessions to the regime and the weak international position, in particular by the US, have however emboldened Tehran to demand further concessions. Senior former US officials including former members of the Obama administration are now protesting for this high-risk evolution of events.

The P5+1 had agreed that the key goal of the negotiations was to ensure that the regime could not obtain nuclear weapons.

A new report by the opposition NCRI which has evaluated 12 years of international negotiations on this issue, shows that the Supreme Leader Ayatollah Ali Khamenei is the key decision maker who has always maintained three red lines: No access by UN inspectors to Iranian military sites; no access to nuclear scientists and continuation of nuclear research and development. These are the three main elements of the regime’s nuclear weapons program.

The actions and remarks of Iranian officials, in particular the Supreme Leader, point to this reality. On Tuesday, June 23, he once again reiterated these three red lines. This shows that while he seeks an end to international sanctions, he has no desire to renounce to the regime’s nuclear proliferation and still intends to obtain a nuclear bomb.

In order to guarantee that the mullahs do not obtain a nuclear weapon, the UN Security Council resolutions must be fully implemented, unrestricted spot inspections must be permitted at all Iranian military and non-military sites, the regime must answer for the military dimensions of its nuclear projects and it must allow questioning of its nuclear scientists.

While this crisis is more than ever under the spotlight of the international community, we warn that any concessions in these key areas will have very negative repercussions for global peace and security. Any agreement that fails to include these minimum provisions would be unacceptable.