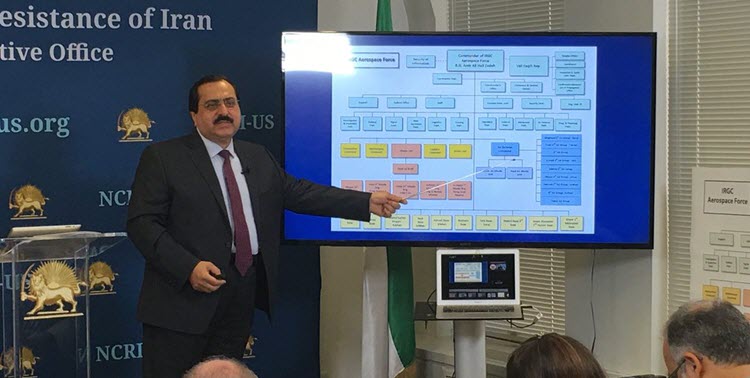 NCRI – On Tuesday, the Iranian opposition coalition the National Council of Resistance of Iran held a press conference at its Washington DC office to present new information about missile development and testing in the Islamic Republic of Iran. NCRI officials reported that Supreme Leader Ali Khamenei had ordered relevant institutions to accelerate missile activities in the aftermath of the nuclear agreement that went into effect in January of last year.

The ongoing testing of Iranian ballistic missiles has been a strong point of contention among the parties that are tasked with keeping the nuclear deal in force. Several such tests have taken place since the conclusion of negotiations between Iran and the P5+1 in July 2015. Critics have insisted that such activities are in violation of United Nations Security Council resolutions calling upon the Islamic Republic to avoid work on weapons that are capable of carrying a nuclear weapon.

The testing has been accompanied by statements that seem to underscore the defiant policies which the NCRI attribute to Khamenei. Even Iranian President Hassan Rouhani, who is widely described as a moderate by the standards of the clerical regime, has declared that the ballistic missile program will continue to escalate because “the Iranian nation has decided to be powerful.” In addition, members of the hardline paramilitary Iranian Revolutionary Guard Corps have placed missile development in the context of the potential outbreak of war, even going so far as to paint the words “Israel must be wiped out” in Hebrew on two of the pre-test missiles.

The NCRI press conference specified that the IRGC Aerospace Force had been tasked with executing Khamenei’s mandate for accelerated missile work. Drawing on intelligence gathered from its main constituent group the People’s Mojahedin Organization of Iran (PMOI/MEK) from its sources inside of Iran, the NCRI identified 42 centers for the development, manufacture, and testing of missiles by the IRGC. It also determined that at least one such center, located in Semnan Province, was actively collaborating with the Organization of Defensive Innovation and Research (Persian abbreviation: SPND), which had previously been identified as the institution in charge of nuclear weapons-related work in the Islamic Republic.

The NCRI revealed the existence of SPND in 2011, three years before the United States placed the institution on its sanctions list. The implication of SPND in ongoing weapons development is sure to bolster skepticism about Tehran’s commitment to the nuclear agreement, and perhaps also justify additional enforcement measures by the US government. 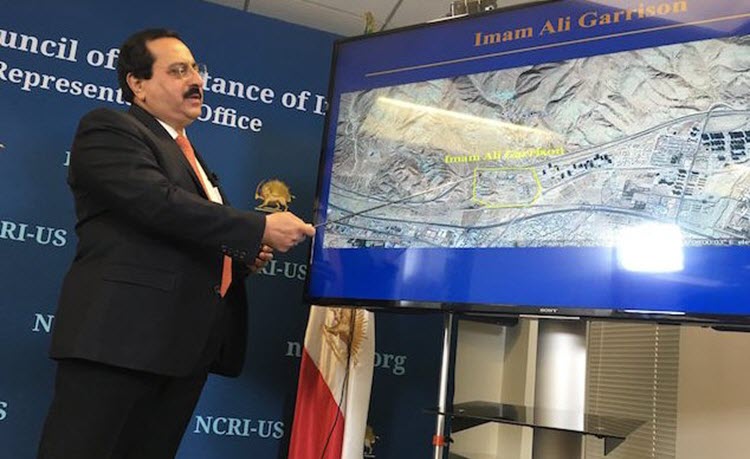 The new NCRI revelations come at a time when the US Congress and President Donald Trump are increasingly pursuing a hard line in policy toward the Islamic Republic of Iran. In response to a ballistic missile test carried out during the first month of Trump’s presidency, his administration issued a statement putting Tehran “on notice” over its regional activities. Since then, the White House has announced the imposition of new sanctions on entities with alleged ties to the Iranian ballistic missile program. The American legislature has done the same, as well as moving to extend terrorism-related sanctions to the entirety of the IRGC.

Previously, President Trump ordered the State Department to review the possibility of designating the IRGC as a Foreign Terrorist Organization – a move that met with praise from the NCRI and other strict opponents of the Iranian regime. That support was reiterated in the context of the Tuesday press conference, wherein NCRI officials also called for the expulsion of IRGC forces and proxies from Syria and Iraq, and stressed the value of a persistently robust sanctions regime.