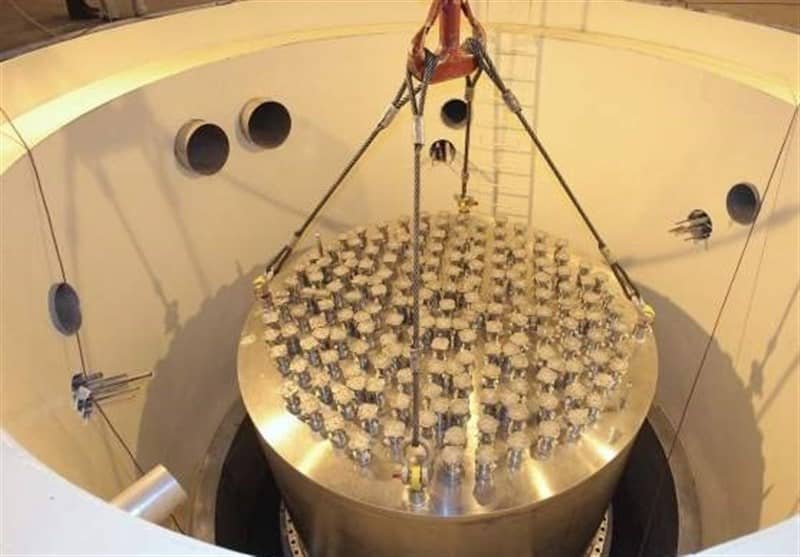 On Sunday, the U.N. nuclear watchdog said Tehran has refused to honor the terms of a deal struck two weeks ago, allowing the inspectors to service monitoring nuclear facilities. Once again, the Iranian regime succeeded in deceiving the international community.
In a statement on Sunday, the International Atomic Energy Agency (IAEA) underlined, “The (IAEA) Director General (Rafael Grossi) stresses that Iran’s decision not to allow the agency access to the TESA Karaj centrifuge component manufacturing workshop is contrary to the agreed terms of the joint statement issued on 12 September.”
On the eve of a meeting of the IAEA’s Board of governors, Grossi reached an agreement with Tehran, allowing the IAEA inspectors to service monitoring equipment. This joint statement was released while many western powers were considering adopting perhaps the most serious measures against Tehran’s provocative actions.

“During those years, a good portion of time, we wanted to disrupt our adversaries’ assessment. To make this happen, we needed more time. We had to show our capabilities in practice so they could see them. The 20% enrichment couldn’t be done overnight. It required some work. Fordow and Arak [nuclear sites] needed some work. So this required some time to achieve. Therefore, we bought some time. But when they were ready to negotiate a deal, the negotiation process expedited,” he said.
Kani underlines that the regime’s “momentum was created” as the western powers “saw our capabilities.”

In 2015, the world powers reached an agreement with the regime formally known as the Joint Comprehensive Plan of Actions (JCPOA). In signing the JCPOA, the world powers gave many concessions to the regime, arguing that the agreement had reduced the regime’s capability to advance its nuclear program or develop a nuclear bomb and had reduced the regime’s nuclear “breakout.”
In 2018, Tehran rapidly started violating its commitments under the JCPOA terms. In less than two years, the regime was able to rapidly enrich uranium even higher than 20%. In August 2021, the regime announced it would begin enriching uranium up to 60% purity.
In August, the IAEA reported the regime’s progress in producing uranium metal, which is solely used to develop nuclear weapons.

Ali Akbar Salehi, former head of the regime’s Atomic Energy Organization in 2020, acknowledged the regime’s deception during the negotiations. “They thought that they won the negotiation. But we had a countermeasure, and while we proceeded with the case, they didn’t achieve what they planned for, and we did not become trapped in the enrichment deadlock,” he said.

As the Iranian opposition leader, Mrs. Maryam Rajavi had underlined in 2020, “The policies and actions of the mullahs’ regime, five years after the nuclear deal with the P5 + 1 countries, leave no doubt that this regime has never given up the project to acquire an atomic bomb and continues the deception and concealment. The regime uses all the facilities and concessions that the nuclear deal has given to pursue terrorism, foreign warfare, and domestic repression.”

Thus, the western powers did not achieve their goal of curbing Tehran’s nuclear program. The regime has been able to deceive the international community on many occasions, despite repeated warnings and revelations by the Iranian Resistance and many calls to action by top western lawmakers.

Failing to achieve a nuclear bomb is an existential threat to the mullahs’ regime. The regime obtaining a nuclear bomb would be serious to the world’s peace and security. If the regime achieves its nuclear weapon goal, the western powers should be blamed for their weakness and naivety.

Previous article
Iran News in Brief – September 27, 2021
Next article
Iran: Dr. Kazem Rajavi’s Murder Should Be Investigated As Genocide And A Crime Against Humanity