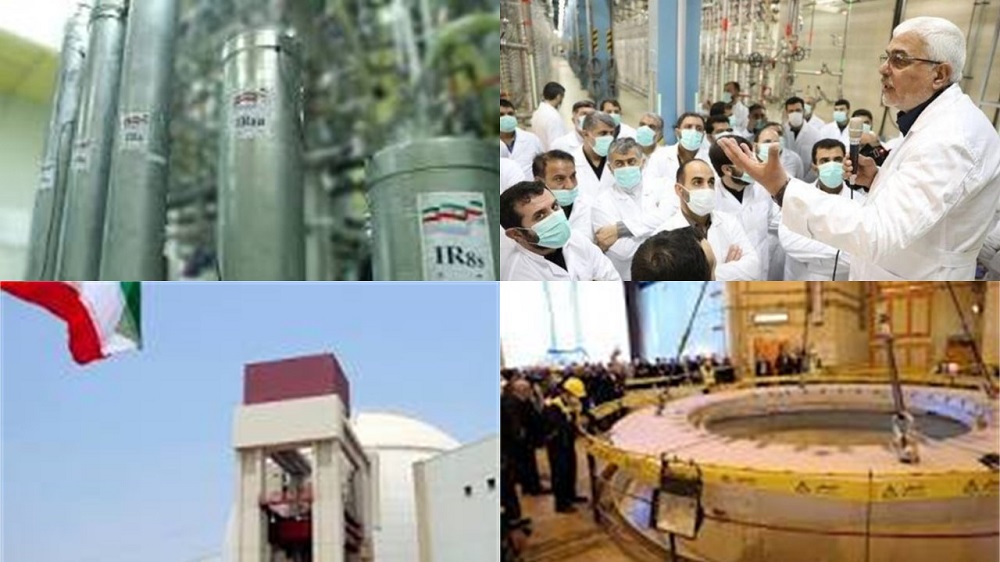 The regime’s deputy head of the Iranian Atomic Energy Agency said the regime has 1,200 kg of enriched uranium, which is much higher than allowed

Ali Asghar Zarean, the deputy head of the Iranian regime’s nuclear agency, declared on January 25 that the regime’s enriched uranium stockpile has reached 1,200 Kg.  Yet, he did not mention the level of purity of this 1,200 Kg enriched uranium.

This a clear violation of Iran 2015 nuclear deal with world powers, formally known as the Joint Comprehensive Plan of Action or JCPOA, under which terms the regime was not allowed to stockpile more than 300kg of enriched uranium. This violation is in line with the regime’s so-called “fifth step” in breaching the JCPOA. The regime started these steps in reducing its commitments to blackmail the signatories of the deal to receive more incentive packages, despite the regime’s malign activities in the region.

“Now, if (regime’s authorities) make the decision, the Atomic Energy Organization, as the executor, will be able to enrich uranium at any percentage,” Ali Asghar Zarean said, clearly referencing the regime’s intention of further violating the already dead deal and its race toward an atomic bomb.

After the regime’s so-called “fifth step,” the European powers reluctantly triggered the United Nations dispute mechanism which, given the regime’s steps in reducing its commitments under the terms of the JCPOA, will snap-back UN sanctions on the regime. Yet, Reuters reported on January 24, that the EU’s top diplomat Josep Borrell extended the time available to discuss ways to save the 2015 nuclear deal with the regime under the dispute mechanism triggered by France, Germany and Britain.

This is being done, while the regime’s president, after the EU initiated the dispute mechanism, fearfully pleaded that the regime is not seeking a nuclear bomb. A position which shows the regime’s desperation and weakness.

#Iranian regime stated yesterday it won't abide by“restrictions in the no.of centrifuges, the capacity, percent &level of enriched uranium &research &development in its nuclear program as a practical departure from #Irannucleardeal,the #JCPOA.#IranDeal https://t.co/P8GvKh2ObT

The regime is at its weakest point within the last 40 years. The nationwide Iran protests in November over the fuel price hike and the second wave of protests in January following the regime’s downing of an airliner once again confirmed the public’s desire for regime change. People targeted the Iranian regime’s supreme leader, Ali Khamenei, in their slogans and rejected any possibility of reform within the regime by chanting “Reformist, Hardliner, the game is over.”

The elimination of Qassem Soleimani, chief of the Revolutionary Guards (IRGC) Quds Force, was an irreparable blow to the regime and its terrorism machine. The regime’s reaction to this attack also demonstrated its utter weakness.

As the possibility of its downfall emerges, the regime tries to grasp at anything to prolong its life. Obtaining a nuclear weapon will certainly help this regime in reaching this goal. Which means more suppression for the Iranian people and incessant chaos across the Middle East and globe. Therefore, giving more time to the regime will only add to the misery of the Iranian people and the people in the region.

So, at this point, it is necessary for the EU powers to adopt a firm policy vis-à-vis this regime and stand by the people of Iran.