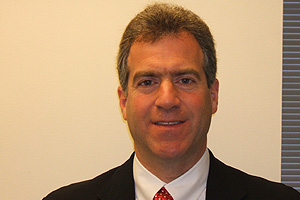 NCRI – The nuclear deal reached between the world powers and the regime in Iran last week will not close all the regime’s pathways to a nuclear bomb, former White House communications strategist Lawrence Haas told a conference at the U.S. Senate on Tuesday.

Below is the text of Mr. Haas’ remarks at the Senate briefing entitled “Blocking Iran’s Pathways to the Bomb: the Role of Congress.”

Well, thank you. I know you’ve heard quite a bit and I’m the cleanup speaker. And I think appropriately enough I’m going to make some broad points. But I do want to thank the association, thank the ambassador, my fellow panelists. I’m really honored to be among such a distinguished panel, and with all of you.

In any case, let me in the time that I have make five major points here. And I do think that they will be a good lead-in to the discussion that we will hopefully have ensuing right after I finish.

Point number one, this agreement is a very unfortunate missed opportunity. We were in fact on the right path before these negotiations started. The sanctions were biting so hard that they were having a real impact on this country and this regime. By some estimates, the Iranian economy through the sanctions and through some potential additional steps we could have taken was close to economic collapse. And we should have kept driving. We should have forced action as a condition of economic relief. We took our foot off the pedal too soon. And it was the first step in getting us where we unfortunately are today.

My second point is that when you think about the approach that has led to this agreement, it is an almost mind-bogglingly audacious effort on the part of this administration. We are trying to turn a hardcore stated enemy, if not into an ally, into some sort of a regional partner or collaborator of some kind. We are facilitating—and the president has said he does want to facilitate Iran’s regional rise, as he puts it, take its rightful place among the nations of the region. He has talked about Iran’s rightful rise. We are going to, I believe, provide funds for what we hope will go for economic and social development to help the people of Iran. We are hoping that this regime will be convinced to mend its way, to renounce terror, to renounce war, and we will convince them somehow that they don’t actually even need nuclear weapons because we in the United States are not threatening them. The goal is to create a partner with the United States to battle common enemies like ISIS, and also to sort of play some sort of balance of power as the United States retreats somehow or reduces at least its footprint from the region and Iran is able to balance off the nuclear power of Israel and as a Shiite state the power of the Sunni states in the region.

I don’t frankly think—and I think I know something about American history—that there is a precedent for this in American history. And I will say that the analogies that you hear to the Soviet Union and to China do not work. This is not arms control of the Soviet era. There you had two nuclear powers of relatively equal military strength trying to find a way not to blow each other up. We don’t have arms control because we have the world’s greatest power negotiating with a regime that does not have nuclear weapons. Instead of arms control we have arms facilitation. Providing a path to a nuclear weapon, and as you’ve heard previously, lifting an arms embargo after five years and an embargo on ballistic missiles development after eight. So it’s not arms control, it’s arms facilitation. And the China example does not work either. You’ve heard about President Nixon’s opening to China, and in essence this being some sort of an analogous move. That was about balance of power. The U.S. finding another way to balance off what was considered the rising might of the Soviet Union. That’s not what this is all about. Again, this is the United States facilitating the rise to regional power and nuclear weaponry of a stated enemy.

And frankly, it won’t work. It won’t work because it is predicated on a distinct misunderstanding of the mentality of the regime and the mentality of the region. We are not going to earn good will from Tehran. That’s not what this regime thinks. Strength matters in Tehran and it matters in the region, and concessions are seen as weakness, and love doesn’t count. This is going to, as you’ve heard, strengthen the regime against the people. It’s going to, as it already has, hamper our alliances in the region. And it’s going to raise our questions about U.S. reliability among both our friends and our adversaries. It’s going to reduce our leverage in conflicts with Iran.

And one place I will say that there are analogies here to the danger that we’re talking about, you know this theory as I mentioned is predicated on economic and social relief of some kind finding some way to liberalize this regime. Okay, well we have seen around the world that economic liberalization does not necessarily lead to political reform and a reduction of geopolitical danger. We have additional economic liberalization in China to some extent and even in Russia to some extent.
For this agreement. Please understand we are not talking about nuclear weapons, because we’re not talking about British nuclear weapons or French nuclear weapons or Israeli nuclear weapons. We’re talking about Iranian nuclear weapons. That has to do with the nature of this regime. “If,” in the words of Ambassador Woolsey, “this was Denmark, we wouldn’t be as worried.” We’re worried because it’s the most aggressive state sponsor of terrorism, because it has a thriving ballistic missile program, because it seeks regional hegemony, because it has global aspirations and if you don’t believe me, just thinking about what the Iranians are doing poking around in Latin America which is far from home.

You heard Senator Lieberman talk about what the Supreme Leader Khamenei said just on Saturday in terms of praying for death to America. He also said, by the way, “Our policy toward the arrogant U.S. government won’t change at all.” The Iran Defense Minister said, speaking of inspections, “We will not allow foreigners at military sites.” He didn’t say will not allow Americans. He said, “We will not allow foreigners at military sites.” On Al-Quds Day, the so-called moderate President Hassan Rouhani was participating as millions were chanting, “Death to America.” And we’ve already seen, by the way, in recent weeks, recent months, U.S. confrontations with Iranian speedboats of different kinds in the Persian Gulf.

I would implore you to heed the words of Abba Eban, who said decades ago, “It is our experience that political leaders do not always mean the opposite of what they say.” In other words, take them at their word. Take them at their word. And under this agreement, they’ll have hundreds of billions of new dollars to pursue their mission. This is obviously the natural result and my fourth point of the progression of concessions that we’ve seen in enrichment and infrastructure, in inspections, in the possible military dimensions of their nuclear work and ballistic missiles and in sanctions.

All of which leads to my final point. We are going to get exactly the opposite of what this administration promises. We will not get an end to all pathways to a bomb. We will, in fact, get the bomb, because this agreement is time limited, even if you think the Iranians are not going to cheat, the agreement is time limited. You’ve already heard about the absurd inspection system with 24-day notice and negotiations and an appeal of some kind to Iran itself. We are going to get nuclear proliferation. I would ask you all to think to yourself, “Why has it been that in this region when virtually everybody believed that Israel had a nuclear weapon, we have not had any real nuclear proliferation by other states and why there’s so much fear now and why there’s already announced efforts by Saudi Arabia, by Egypt, by Jordan, by other countries to start nuclear programs?” Because they are frightened about this regime, this regime.

We’re going to have weapons proliferation. For Iran I’ve already mentioned the lifting of the arms embargo, the sanctions, the lifting of the ballistic missiles sanctions. And by the way, for an administration that says that it’ll be a safer region, it in and of itself, today, is in essence creating a proliferation of weapons, because it is right now offering three billion dollars in additional weapons to the Israelis to make them happy, as well as an offer of ballistic missiles development technology to Saudi Arabia. So the administration itself knows that we are going to have weapons proliferation.

Final comments, speaking of Winston Churchill and Neville Chamberlain, as one of the previous speakers did, Churchill said of Chamberlain, speaking of the late 1930s and Munich in particular, “You were given the choice between war and dishonor. You chose dishonor and you will have war.” I fear that the chances of war have gone up under this agreement and that’s why we must stop it, because an emboldened Iran may overreach and they may force us to come in in a way that we would not have to, if not for this agreement. And of course our allies will not sit still. Israel is under genocidal threat. It will not sit still. Saudi Arabia and the other Sunni states will not sit still. This agreement will not work. It will make the world a more dangerous place and as Senator Lieberman and Ambassador Woolsey have encouraged you, please pay attention to this and if you work for a member, encourage that member to do their constitutional responsibility. Thanks for listening.

Ex-IAEA Deputy: Iran has not changed its nuclear course