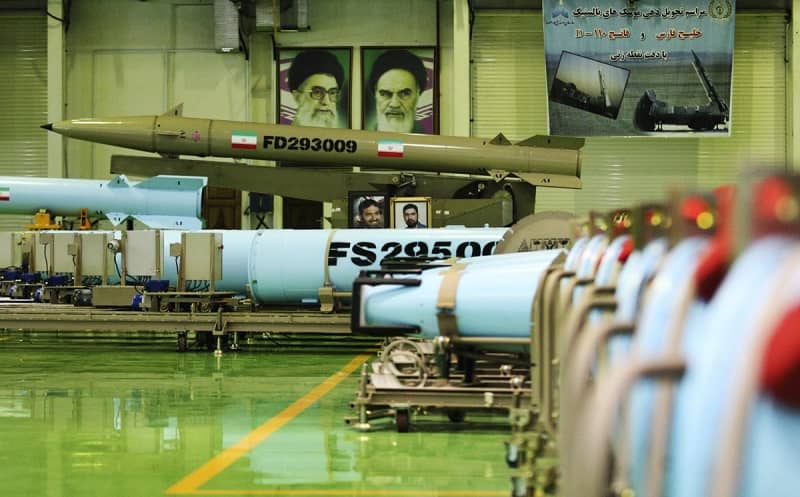 The International Atomic Energy Agency confirmed on Wednesday that Iran’s regime has started producing uranium metal, which is a step toward acquiring a nuclear bomb. This is part of the regime’s nuclear extortion campaign, and western governments should not succumb to it.

“Iran has carried out its plan to produce uranium metal, the U.N. atomic watchdog confirmed on Wednesday, despite Western powers having warned Iran that would breach their 2015 nuclear deal as uranium metal can be used to make the core of an atom bomb,” Reuters reports on Wednesday.

The regime has accelerated its breaching of the 2015 Iran nuclear deal with world powers within the last few months, in a bid to force the new administration in the United States to lift sanctions and return to the deal.

The National Council of Resistance of Iran (NCRI), which exposed the regime’s nuclear program and its desire to acquire a nuclear bomb, had revealed in 2017 that despite signing the nuclear deal, formally known as the Joint Comprehensive Plan of Action (JCPOA) the regime never abided by its obligations under the terms of the deal.

In 2018, the U.S. government pulled out of the JCPOA, citing the regime’s illicit activities. Since the U.S. withdrew from the deal, the Iranian regime started a nuclear extortion campaign to force the international community to provide mullahs with more incentive packages.

The clerical regime has taken several significant steps since 2018 in breaching its commitments under the terms of the JCPOA. Yet, it has refused to formally leave the deal. This contradictory action shows the regime’s nuclear extortion campaign does not come from a position of strength.

Fearing an international reaction, the regime has always denied it has been developing a nuclear bomb. “Director-General Rafael Mariano Grossi today informed IAEA Member States about recent developments regarding Iran’s R&D activities on uranium metal production as part of its stated aim to produce fuel for the Tehran Research Reactor,” the IAEA said in a statement seen by Reuters.

Production of uranium metal has no other purpose than to be used as part of a nuclear explosive device’s core. When in 2003 the NCRI exposed the regime’s nuclear site in Lavizan-Shian near Tehran, the regime quickly destroyed the site to eliminate the evidence of its nuclear weapons program.

Since the regime started its breaching of the JCPOA, the European signatories to the deal have expressed concerns and condemned the regime’s so-called steps to gradually breach its commitments.

Sadly, while evidence shows the regime has never abided by the JCPOA, the European countries also blame the U.S. and its “maximum pressure” campaign.

Yet, the facts on the ground prove otherwise. The JCPOA failed in fully curtailing the regime’s ability to obtain a nuclear bomb, and Iran’s nuclear infrastructure had remained intact.

Thus, the regime resumed its 20% uranium enrichment immediately and other related activities.

In other words, the JCPOA had many loopholes that allowed the regime to pursue its nuclear ambitions.

The regime and its apologists have been trying to frame the international community for its malign activities and race toward a nuclear bomb.

“Our nuclear program is peaceful, and the fatwa by the supreme leader has forbidden nuclear weapons, but if they push Iran in that direction, then it wouldn’t be Iran’s fault but those who pushed it,” he said, compare the regime to a cat that may be docile when coddled but lash out when backed into a corner, as part of the regime’s tactic to blame illicit activities on other parties.

If the regime’s nuclear program was peaceful, why would Alavi threaten the world community of “being pushed” to produce nuclear weapons?

Facing a restive society that called for regime change during two major uprisings in 2018 and 2019, the regime intends to acquire a nuclear bomb to prolong its rule.

The new U.S. administration and Europe should not succumb to the regime’s demands. As the Iranian Resistance underlined on February 10, “The experience of the last six years makes it abundantly clear that despite reaping the benefits of the nuclear deal, the ruling clerical regime had never stopped its nuclear weapons project.”

As the NCRI has repeatedly said: “The re-imposition of the six U.N. Security Council resolutions, the complete halt to enrichment and the closure of all nuclear sites, as well as anytime, anywhere inspections are indispensable to preventing the ruling theocracy from acquiring nuclear weapons.”

Previous articleIran News in Brief – February 12, 2021
Next articleStatement by 24 Members of the European Parliament on Human Rights in Iran Calling for the Immediate Release of Political Prisoner Saeid Sangar

The National Council of Resistance of Iran (NCRI) exposed new details of one of the Iranian regime's nuclear sites on Tuesday and elaborated upon...
Read more
Iran Nuclear News

On Tuesday, the National Council of Resistance of Iran (NCRI) held a press conference to elaborate upon the latest disclosures from the International Atomic...
Read more
Iran News Now