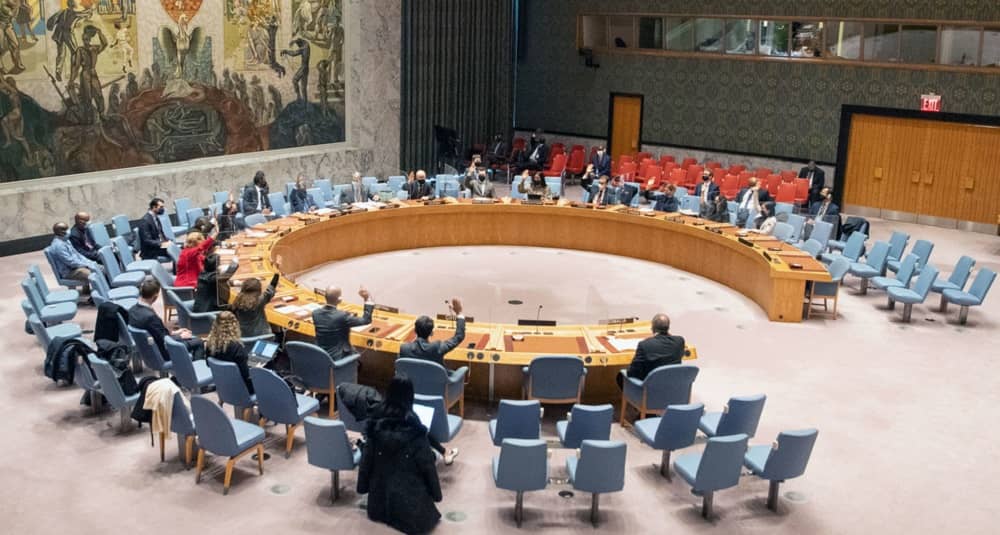 On Tuesday, the five permanent members of the United Nations Security Council issued a joint statement affirming their shared commitment to nuclear non-proliferation and the principle that nuclear conflict must be avoided at all costs. The statement came one day after representatives of those five states – the United States, Britain, France, Russia, and China – rejoined counterparts from Germany to continue the eighth round of discussions with Iran aimed at restoring the 2015 Iran nuclear deal, formally known as the Joint Comprehensive Plan of Action.

The eighth round began last week ahead of its original schedule, before taking a three-day pause for the New Year. The accelerated timeline was apparently motivated by a lack of progress during the seventh session, which began on November 29, ended on December 17, and marked the end of a more than five-month delay in the Vienna talks brought on by a change of the guard in Tehran with a new, hardline president.

Iran returned to the negotiations with an expansion of its demands for up-front sanctions relief without pre-condition. Each of the Western participants in those negotiations declared that Iran was moving away from earlier compromises during the seventh session, and even Russia and China were reportedly taken aback. In the wake of those reports, the UNSC statement arguably represents renewed unity of purpose in deterring Iran’s progress toward a nuclear weapon.

Even without identifying Iran by name, that statement left no doubt that such progress would be considered unacceptable to all parties involved.

“For as long as they continue to exist,” the statement read, “[nuclear weapons] should serve defensive purposes, deter aggression, and prevent war. We believe strongly that the further spread of such weapons must be prevented.”

British Prime Minister Boris Johnson reiterated on Tuesday that “the diplomatic door is open, but time is running out to reach an agreement.”

His statement came just a few days after US officials told the media that it would still take some time to determine whether Iran had softened from the unworkable, hardline position it staked during the seventh session.

Iranian authorities seemingly undermined the negotiations by carrying out a space launch with the apparent intention of warning their adversaries about Tehran’s missile capabilities. Although the launch failed in its stated goal of placing three items into orbit, it nonetheless highlighted Iran’s recent progress toward the development of intercontinental ballistic missiles which are capable of carrying a nuclear warhead. There have been six such launches since 2016, one of which was successful.

Furthermore, since 2020, Iran has been producing uranium metal in full awareness of the fact that it has little to no purpose other than as part of the core of the nuclear weapon. Some of that material has also apparently been enriched using advanced centrifuges which Iran installed in defiance of the JCPOA’s terms after then-President Donald Trump pulled the US out of that agreement in 2018.

These and other escalations work together to reduce Iran’s “breakout time” for a nuclear weapon, especially when pursued in parallel. Among Trump’s justifications for withdrawal from the 2015 agreement was the fact that it failed to address issues separate from, but related to uranium enrichment, such as ballistic missile development. The UNSC resolution governing the agreement does “call upon” Iran to avoid work on weapons “designed to be capable” of carrying a nuclear warhead, but Iran has exploited the vagueness of this language to move ahead with activities that are deemed violations by the Western signatories.

The recent space launch seemingly illustrates Iran’s intention of further provocations and violations. Meanwhile, Iranian negotiators continue to speak publicly about the Vienna talks as if Iran’s hardline posture is proving effective. The Foreign Ministry’s spokesperson Saeed Khatibzadeh claimed on Tuesday that Western powers had recognized the need to abandon their own “maximalist” positions, while lead negotiator Ali Bagheri Kani claimed that current talks are focused only on the issue of sanctions removal, and not on Iran’s compliance.

Western officials have continually dismissed such claims while declaring their readiness to walk away from the discussions altogether if Iran does not change its posture and negotiate in good faith. Tuesday’s UNSC statement may suggest that there is consensus on this potential course of action in spite of Russia’s and China’s history of aligning with Iran. However, it remains to be seen not just whether those states will follow through on their supposed commitments, but also whether the Western powers will take assertive measures such as the expansion of sanctions or even military action to prevent Iran from narrowing its breakout window even more.