Text of remarks by Mohammad Mohaddessin on Iran nuclear talks 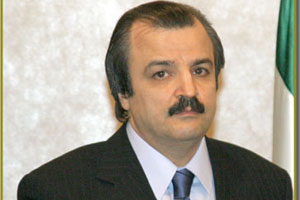 NCRI – The following is the transcript of remarks on Monday by Mohammad Mohaddessin, Chairman of the Foreign Affairs Committee of the National Council of Resistance of Iran (NCRI), in an online Q&A session on the Iranian regime’s nuclear negotiations with the world powers.

Tomorrow, June 30, is supposed to be the deadline for the ‘comprehensive’ nuclear agreement between the P5+1 and the clerical regime. It is obvious that the deadline will be missed.

There is a broad consensus that the Iranian regime, specifically in the past two years, has entered the talks under the pressure of sanctions and from a desperate and weak standpoint. But the main concern of the Iranian regime which forced it to start negotiations was and is the explosive potential of Iranian society. Ali Khamenei, the supreme leader of the regime, has agreed with the talks as a result of his fear of another massive public uprising.

Throughout this period, the negotiations have been followed closely by Khamenei himself, and he has set and articulated all the main guidelines. Khamenei has specified that the talks must only focus on previously revealed sites, projects and aspects of the nuclear program that cannot be denied. In the meantime, the nuclear apparatus in its entirety must remain untouched, intact, and not mentioned in the talks at all.

Khamenei has personally defined and articulated the framework for the nuclear talks for the negotiation team. Three redlines have been laid out by Khamenei and have been consistently reiterated by him in the course of the past two years of negotiations. They are:

Of course, Khamenei laid out many other red lines in the negotiations but his main focus is on these three main red lines in his private meetings with the negotiation team. These three are very important to maintain the most crucial and fundamental aspects of the nuclear weapons program and he has reiterated this, time and again.

That explains why for the past two years the regime during these negotiations has emphasized on “trust building” instead of “transparency”. This has been deliberately pursued to set aside or marginalize “transparency” measures regarding the nature of the regime’s nuclear program, and specifying its objectives, particularly the possible military dimensions (PMD).

Tehran’s approach in the past two years vis-à-vis the IAEA in this regard has been very telling and is completely in line with the abovementioned attitude and policy. As a result, the IAEA has not been able to make serious headway regarding 11 key areas on PMD in Iran’s nuclear program.

Regarding the current round of talks in Vienna.

After dozens of rounds of talks at various levels, while scores of relatively less significant issues have been “resolved”, the key issues remain. This is not a coincidence. This is the core issue and the key question: Is the clerical regime in general, and Ali Khamenei in particular, willing to give up the nuclear weapons program?

And this is why it is becoming more and more evident that the clerical regime is trying to back pedal even from the ‘commitments’ it made during the Lausanne negotiations.

Khamenei’s remarks on June 23 and the red lines that he reiterated all contradict the commitments the mullahs made during the talks. If you look at these red lines almost all the articles of the Lausanne statement have been removed.

The Iranian regime is trying to force Western countries and the P5+1 to give concessions to the regime that keep the way open for achieving a nuclear bomb, or if it is not possible, to buy time and continue the negotiations to achieve the bomb while these negotiations are taking place.

What are the most imperative steps that should not to be negotiated away?

I would like to raise the most important steps that should not be negotiated away. I would like to emphasize five areas which these negotiations must include. These are essential to close all paths of the Iranian regime to reach the nuclear bomb:

• Ratification and implementation of the Additional Protocol Plus and unconditional and immediate access to all sites that are suspect of being involved in the nuclear project, including all military, security or non-military sites;
• Unconditional and immediate access of IAEA to all scientists and experts involved in the nuclear program of the Iranian regime;
• Complete and unambiguous addressing of all IAEA questions and investigations about the PMD of the nuclear program;
• Disclosure of relations and transactions with other countries, including North Korea, on the nuclear program and ballistic missiles;
• Immediate removal of all enriched uranium from Iran in any form or shape it may be;

This strategy has two other elements: meddling in the region – that is to say exporting terrorism and fundamentalism in Syria, Iraq, Yemen and other countries in the region – and the other element is suppression inside Iran. No one can address the nuclear issues and get rid of the Iranian regime’s nuclear weapons program without addressing these two other issues; export of terrorism and fundamentalism and domestic suppression.

The main purpose of having a nuclear bomb for the Iranian regime is to dominate the region and to open the way for export of fundamentalism, terrorism and extremism. This is what the former President of the regime Rafsanjani said in the beginning of this project in the 1990s when the Iranian regime started its new nuclear project. Rafsanjani, the president of the regime at that time, said: If we have the nuclear bomb, no one can prevent us from exporting our Revolution (meaning terrorism and fundamentalism) to other countries.