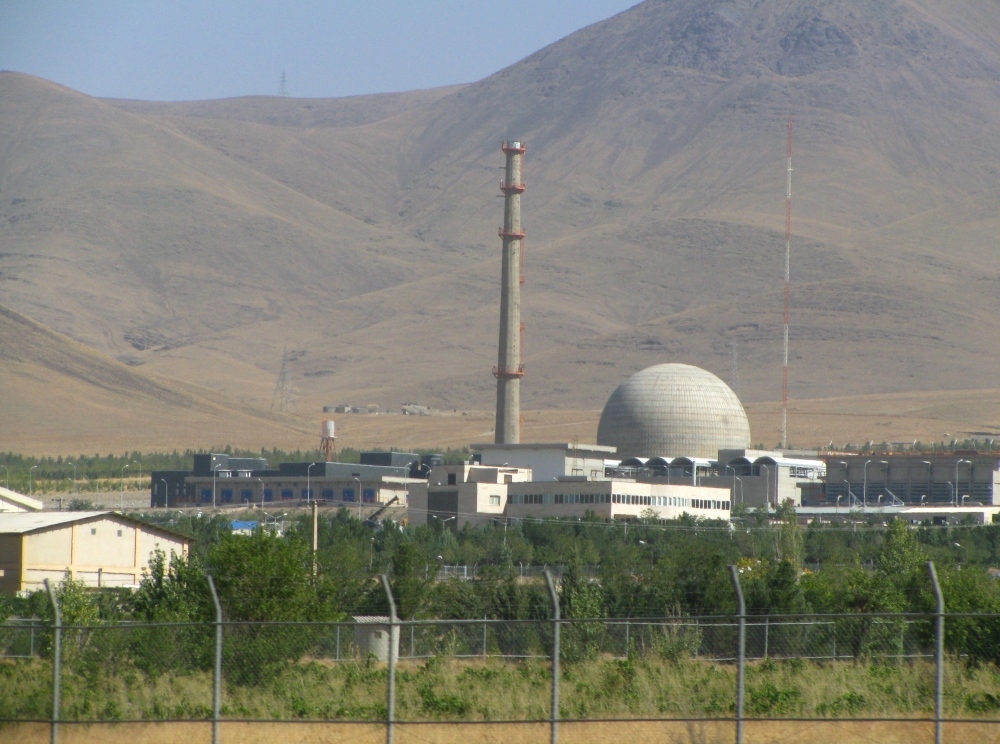 The overall picture presented by the report is one of the nuclear programs more advanced than it was in 2015, prior to the completion of negotiations with six world powers, which yielded the Joint Comprehensive Plan of Action.

That agreement was meant to extend the regime’s “breakout time” for a nuclear weapon from a few months to well over a year. Yet, the JCPOA had many loopholes allowing the regime to rapidly resume its nuclear weapon program. This was proven when the Iranian regime began systematically violating its responsibilities under the deal, even though the other five parties – the UK, France, Germany, Russia, and China – remained committed to it in word and deed.

That commitment has proven unfortunate insofar as it has emboldened the mullahs’ to continue taking ever more provocative steps while demanding that the European signatories either compel the US to rejoin the agreement or help Iran evade US sanctions.

Tehran formally halted compliance with the JCPOA altogether in February 2020, thereby starting itself on the path to its current situation, showing once again how flawed and incomplete was the JCPOA in controlling the regime’s nuclear program.

Iranian officials have acknowledged the regime’s deceptive strategies. In February 2021, Intelligence Minister Mahmoud Alavi confirmed that the regime would be free to pursue a nuclear weapon in spite of a fatwa from the regime’s Supreme Leader Ali Khamenei, which supposedly commands the opposite. “The fatwa forbids the production of nuclear weapons, but if they push Iran in those directions, it is not Iran’s fault,” he said. “Those who pushed Iran in that direction will be to blame.”

The statement reflects a longstanding strategy whereby Tehran has publicly denied aspiring to nuclear weapons capability but has openly threatened the international community with measures that have little to no other purpose other than to move the country closer to that outcome. This has been especially apparent with regime authorities boasting about things like the ongoing production of uranium metal, a key component in the core of a nuclear weapon.

It is absolutely clear that such provocations are part of a “nuclear blackmail.” The Iranian Resistance has produced a number of reports on the military dimensions of Iran’s nuclear program and the regime’s efforts to deceive the international community about such things. Those reports largely consist of intelligence gathering by the People’s Mojahedin Organization of Iran, which made the first major revelations about the regime’s undeclared nuclear activities in 2002.

Publication of the latest Iranian Resistance report in May closely coincided with the release of the previous IAEA quarterly report. Around that time, IAEA Director General Rafael Grossi was making public comments that were uncommonly critical of the Iranian regime and also of Western policies toward it. In at least one statement to reporters, Grossi indicated that ongoing talks in Geneva were too short-sighted in their emphasis on simply reviving the JCPOA. This, he said, would not solve outstanding issues because “Iran has accumulated knowledge, has accumulated centrifuges and has accumulated material” well beyond the levels that were discussed in advance of the 2015 deal.

As world powers try to find a solution to Iran’s nuclear impasse, Tehran continues to show lack that it has no interest in resolving its controversial program.#JCPOAhttps://t.co/PQNWseqDX8

The NCRI’s May report underlined that the Western powers should reclaim the demands they had abandoned during the JCPOA negotiations, namely that Iran halt all uranium enrichment and allow IAEA inspectors to access any sites that come under suspicion of nuclear weapons-related activities at any time.

While it would be interesting to see how Grossi might have responded to those specific recommendations in May, it now seems that he has fallen back on statements and strategies that are more in line with the commitment to salvaging the JCPOA at any cost.

The IAEA head even made an abrupt visit to Tehran over the weekend after it was reported that Western powers were considering pushing for a formal censure of the regime at a meeting of the IAEA’s 35-nation Board of Governors. The trip yielded a temporary agreement with the regime.

By the time of Grossi’s latest agreement with Tehran, two weeks had already passed since the deadline for maintenance on that equipment, meaning it is possible that there is a new permanent gap in knowledge of the regime’s nuclear activities. Meanwhile, the overall Western policy toward Iran seems to downplay the fact that the latest gap in knowledge is only one of the main.

The IAEA’s latest report emphasizes that the regime has still not provided satisfactory information about three undeclared nuclear sites, more than two years after traces of radioactive material were confirmed in soil samples. With each report that addresses this evasiveness, the IAEA provides more fodder for criticisms of the perceived weakness and ineffectiveness of the 2015 nuclear deal.

The world community’s commitment to appeasement is largely based on a mistaken belief in the inevitability of the mullahs’ rule. But with Iran having experienced multiple nationwide protests since late 2017, there are no grounds for that belief, and thus no grounds for conciliatory policies regarding Iran’s nuclear program.

The solution to preventing the regime from obtaining a bomb is not to appease or provide it with concessions or bargain with it over its illegitimate military nuclear project, but to pursue a firm and principled policy vis-à-vis this regime, until such time that Iran is represented by a democratic, secular, and non-nuclear government.