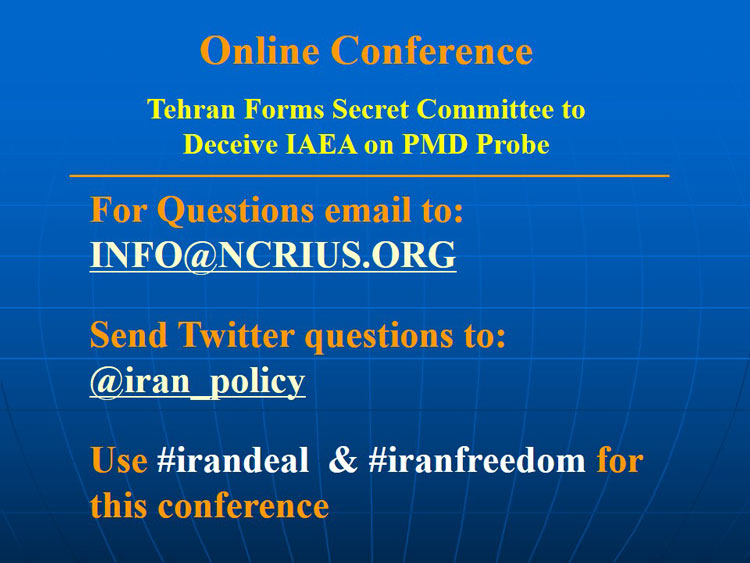 In an online conference on Wednesday, December 2, 2015, Alireza Jafarzadeh, Deputy Director of the U.S. Representative Office of the National Council of Resistance of Iran, will reveal the composition and modus operandi of the secret committee that was set up in Tehran to deceive IAEA on its probe of the possible military dimensions (PMD) of the Iranian regime’s nuclear program. The revelation will be based on reports from various entities and institutions within the clerical regime.

In the conference, specific cases of Tehran’s measures to conceal nature of its nuclear project will be examined and exposed.

The final disposition of the true nature of Tehran’s nuclear program was one of the major points of dispute between world community and the Iranian regime. Following the nuclear agreement in July 2015, Tehran pledged again that it would fully answer the IAEA long-standing questions on the nature of the Iranian regime’s nuclear program. The IAEA report on its findings about PMD is expected to be released in December 2015.

Previous articleLatest report on Iran regime’s involvement and casualties in Syria
Next articleIRAN: 7 prisoners hanged in Minab and Zahedan