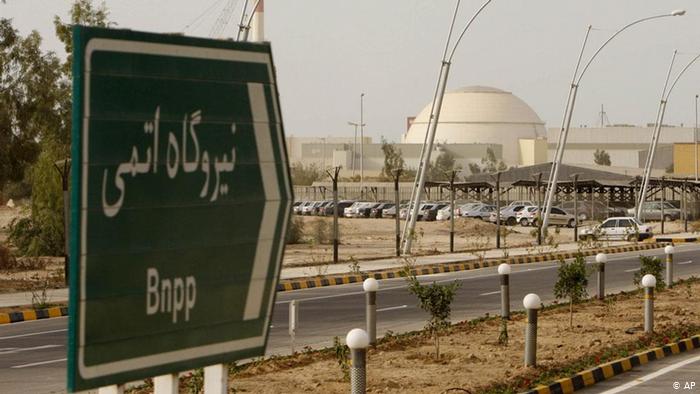 Several weeks ago, the Iranian parliament passed a bill that essentially stamped an expiration date on the nuclear deal which European policymakers have been struggling to preserve and restore since the US pulled out of it in 2018. But figures like Josep Borrell, the European Union’s head of foreign policy, have insisted they remain committed.

Unfortunately, that commitment has come to entail turning a blind eye to provocative gestures by Iranian authorities. The parliamentary vote on the deal’s future is only one of the latest examples. It mandated that the Iranian nuclear facilities resume enriching uranium to 20 percent fissile purity if the US continued to apply sanctions that had previously been suspended with the deal’s implementation. That step has since gone forward, but the law further stipulates that Tehran will kick out inspectors from the International Atomic Energy Agency if the issue remains unresolved past February 20.

There is no question that the purpose of this deadline is to amplify the pressure that European supporters of the Joint Comprehensive Plan of Action are exerting on the deal’s detractors, both within their own ranks and in the United States. Members of the Iranian parliament said as much during the process that led to the new law being adopted at the start of December. The bill was promoted as a preferred way of bringing an end to sanctions, and this perspective was echoed by none other than regime’s Supreme Leader Ali Khamenei, who proclaimed that Tehran would have to take its own steps toward that end, since foreign adversaries would never remove the sanctions on their own.

Those threats are certainly underscored by the fact that Iran has carried out five military drills in three weeks, all of which have emphasized aspects of Iran’s missile defense capabilities. The country’s stockpile of ballistic missiles, in particular, is the region’s largest. And advanced models of that type of weapon are capable of carrying the nuclear warhead that Iran is suspected of having worked on in years past.

The regime seemed to highlight the possible outcomes from that work last week when it informed the IAEA of its intention to further violation the terms of the nuclear deal by resuming work on the production of uranium metal, which was supposed to be paused for 15 years. If sufficiently enriched, that material could be used in the core of a nuclear weapon – a fact that was certainly not lost on the European governments that have been committed to upholding the nuclear deal for the past two and a half years.

In a joint statement issued on Saturday, the United Kingdom, France, and Germany declared that there is “no credible civilian use” for the uranium metal that Iran hopes to produce. French Foreign Minister Jean Yves Le Drian went further by stating explicitly that the Iranian regime was advancing its nuclear weapons capability with this latest move. Even if someone wanted to deny that the actual production of such a weapon was the regime’s ultimate goal, there would be no escaping the conclusion that Tehran is using the threat of that outcome in an effort to strong-arm Western powers into undermining or removing US sanctions.

The Europeans and the new administration in Washington are therefore faced with the decision about whether to give into Iran’s ultimatums or push back against them. The EU’s almost slavish devotion to the nuclear deal implies an interest in taking the first option. After all, if the regime is allowed to play its game of brinksmanship long enough that it actually follows through with kicking inspectors out, then the IAEA will be well and truly dead. But any policymaker who supports this course of action must understand that if the Iranians receive any reward for this threatened provocation, then they will only have more incentive to levy other threats against Western adversaries.

It would be hard to overstate how serious this situation could become, given that Tehran already seems to feel completely comfortable threatening all of its adversaries in myriad ways. The recent and ongoing military drills are actually among the least consequential examples. What’s much worse is a recent pattern of hostage taking, with targets including the crew of a South Korean tanker.

Such incidents represent threats emanating from Iran-backed terrorist networks, which have proliferated throughout the world in recent years. In June 2018, two Iranian-Belgian operatives were caught trying to carry an explosive device to a rally of Iranian expatriates outside of Paris. In November, they went on trial alongside their handler, a high-ranking Iranian diplomat named Assadollah Assadi who was stationed at the regime’s embassy in Vienna.

Had Assadi’s plot been successful, it would have certainly been the most devastating Iran-backed terror attack against Western territory or personnel since the 1990s. It would have also been a vital reassertion of the regime’s global strength at a time of practically unprecedented domestic vulnerability. The Paris terror plot specifically sought to kill the Iranian opposition leader Maryam Rajavi, the President-elect of NCRI, which led nationwide protests against the clerical regime in January 2018, and for months afterward.

That uprising exposed a level of vulnerability that Tehran is desperate to conceal and compensate for. Nothing would serve that aim better than compelling the entire Western world to remove sanctions and leave the regime free to use its expanded financial resources in order to crack down on domestic dissent. And if the regime’s success in this venture leaves it with the impression that it can get away with serious provocations on the world stage, one can just imagine how much more intense those domestic crackdowns will become.

Neither the US nor the Europeans can risk giving Tehran that additional motivation. Doing so would be highly detrimental to Western interests, to the welfare of the Iranian people, and to American and European reputations as global defenders of human rights and democracy.

On Tuesday, the National Council of Resistance of Iran (NCRI) held a press conference to elaborate upon the latest disclosures from the International Atomic...
Read more
Iran News Now