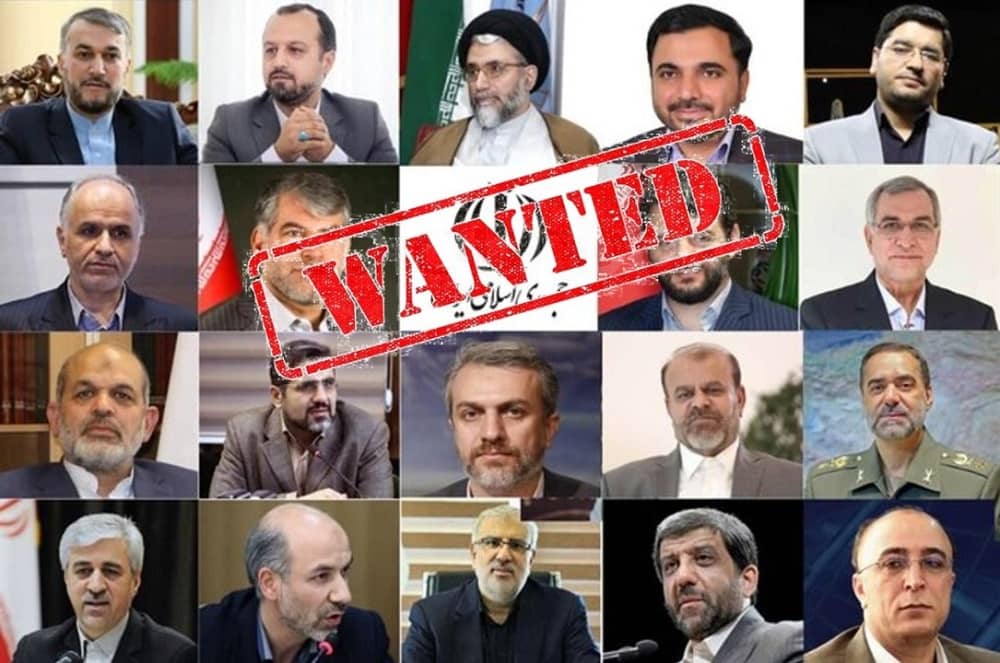 The Iranian regime’s parliament recently received a list of names of prospective cabinet appointees from the regime’s newly “selected” president Ebrahim Raisi. Raisi was inaugurated to begin his first four-year term on August 5. There is little doubt regarding whether those appointments will be confirmed by the parliament, which is widely expected to act as a sort of rubber stamp for the policies that Raisi puts into place over the coming months. His June 18 “selection” was part of a process of consolidating power in the regime which began in earnest with the sham parliamentary elections in February 2020.

The electoral boycott was fueled by public awareness of Raisi’s background, including not just his leadership of the judiciary following the November 2019 crackdown but also his prominent role in a massacre of political prisoners that took place more than three decades earlier.

As deputy public prosecutor for Tehran in 1988, Raisi ended up taking on a leading role in the “death commission” that was created in the capital city following a fatwa from the regime’s founder, Ruhollah Khomeini. That fatwa declared that the members and supporters of the opposition movement, the People’s Mojahedin Organization of Iran (PMOI/MEK) are “waging war on God” and that anyone who remained sympathetic to the MEK should be summarily executed. Over 30,000 political prisoners were put to death over the course of about three months. Raisi was personally tasked with extending his jurisdiction beyond Tehran when Khomeini determined that his enthusiasm for capital punishment would help correct the “weakness of the judiciary.”

Khomeini’s successor apparently had the same goal in mind when he announced in 2018 that Raisi would be heading the entire judicial branch. By subsequently directing Raisi to take charge of the executive branch, Khamenei seemed to be promoting a similar emphasis on “strength” through repression at all the highest levels of the Iranian regime.

Raisi was replaced as judiciary chief by his deputy Gholamhossein Mohseni Ejei, who has his own track record of human rights abuses and is therefore currently under sanction by the US and Europe. Between this and the takeover of the parliament, Khamenei has largely realized his goal while setting the stage for a new outpouring of Tehran’s familiar malign activities. Raisi’s pending cabinet appointments will only further reinforce the trend, with consequences not just for the usual targets of domestic repression but also for the international community.

Even before Raisi’s inauguration, there were clear signs of escalating of the mullahs’ belligerence toward regional and Western countries. Near the end of July, an explosives-laden Iranian drone struck a commercial tanker called Mercer Street in the Gulf of Oman, killing two crew members. The incident was part of a much larger project, spearheaded by the Islamic Revolutionary Guard Corps, to antagonize shipping in and around the Persian Gulf, but it was the first known instance of such an act claiming the lives of civilian sailors. Five days later, Iranian gunmen boarded but eventually released another tanker near the United Arab Emirates port of Fujairah.

The IRGC is very prominently represented in Raisi’s list of prospective government advisors. The designated Intelligence Minister, Esmail Khatib, has years of experience with the intelligence branch of the regime’s hardline paramilitary organization, and the would-be Foreign Minister Hossein Amir Abdollahian had close ties to the notorious IRGC Quds Force commander Qassem Soleimani, who was killed in Iraq in January 2020 by a US drone strike.

Raisi’s choice for Interior Minister, Ahmad Vahidi, preceded Soleimani in the role of Tehran’s top terrorist operative. He is subject to an active warrant from Interpol, in relation to his suspected role in the 1994 bombing in Argentine. For leadership of the Ministry of Culture, Raisi has designated Mohammad Mehdi Esmaili, someone whose prior contributions to the spread of propaganda via Iranian state media has led to him being labeled the “face of the revolution” by IRGC leadership.

Even Raisi’s prospective Health Minister, Bahram Einollahi, was previously a clinical deputy to the IRGC. That affiliation bodes ill for the Iranian people as they continue to suffer through coronavirus outbreaks that have been exacerbated by regime policies that include entrusting IRGC front companies with vaccine distribution. That arrangement has led to much of Iran’s already limited supply of vaccines ending up on the black market with extortionate prices, then being bought up by the wealthy and well-connected while ordinary citizens remain severely vulnerable.

Greater paramilitary influence over the government is the very last thing Iran needs, but it was among the first things that experts anticipated after Khamenei began installing his favorites to supposedly elected offices. Raisi’s presidential appointment underscored the need for more assertive policy by the international community. Among the potential tools of such intervention are Magnitsky sanctions against known human rights abusers like Raisi and some of his cabinet appointees. Formal investigations into those abuses could also go a long way toward challenging Tehran’s impunity.