Round-up of Iran State Media: Be Aware of a Restive Society! 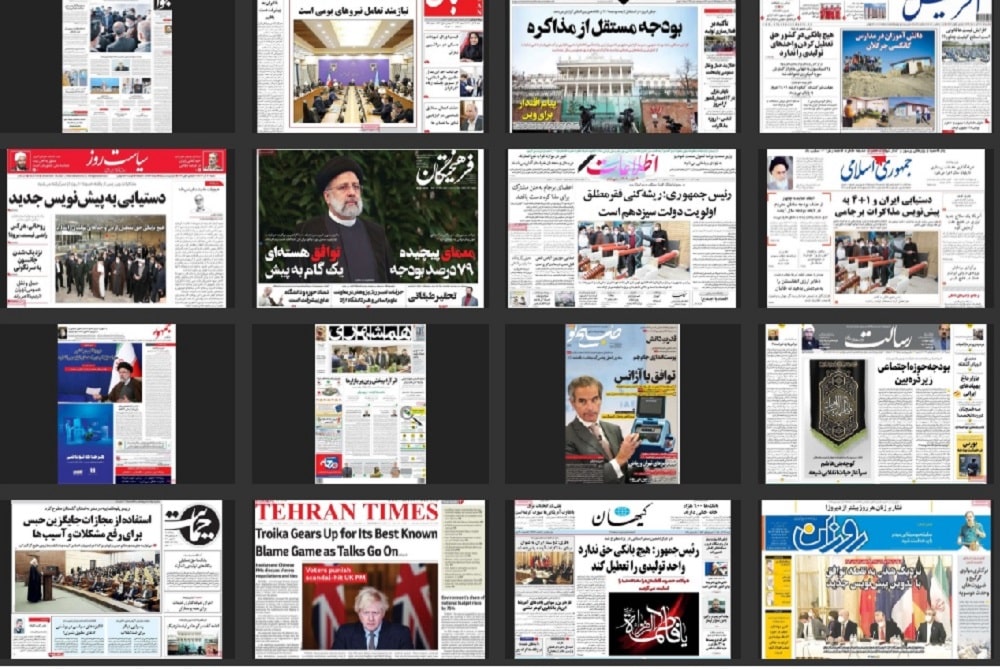 According to the state-run media, Iran’s economy is in shambles, and people can hardly make ends meet. All Iranian cities keep witnessing protests by people from all walks of life every day. Thus, state media keep warning about a public outrage.

In an interview with the state-run Armane-e Meli, Khodaie, one of the regime’s experts, acknowledged that most of the Iranian population is under the poverty line due to the regime’s actions. “The value of our currency has decreased more than four thousand times, and most of our population has gone below the poverty line. We have wasted the best era of having the highest young population,” he said.

“Under any criteria, the level of wage coverage has fallen below 30%; The data show that between 1980 and 2021, the household expenditure basket increased by 4,200 times, but wages increased only 1,795 times, which means that the purchasing power of wage earners decreased by 58% due to inflation growth beating the salaries’ growth,” Hamdeli daily wrote on December 13.

Why Iran’s currency and economy are in freefall

“Currently, the minimum wage and pension are a little over a hundred dollars, and workers’ hourly wages are not even a dollar. Therefore, Iranian workers are among the cheapest workforce in the world. Retirees who have worked hard for 30 years to produce and build [the country] are now struggling with acute living problems,” Hamdeli adds.

The public hatred toward the regime increases as people know that source of all social and economic problems is the regime, or as described by the state-rum Ebtekar daily, “central power.”

“In a society that relies on strong centralism that controls everything – even the very personal affairs of the citizens – and tries to control everything and everyone. Naturally, all ways and talks target this central power,” Ebtekar daily wrote on December 16.

“If this institution of power refuses to listen [to people] and stifle any voice of dissent, the society gradually loses its logic and becomes silent. Sometimes this silence is real, and sometimes it is demonstrated in [public] cries,” Ebtekar adds.

Calling the public hatred, a “pain,” Ebtekar writes: “This abandoned pain will turn into a malignant tumor whose cancer cells will infect other organs of society, from sports to art and from culture to politics.”

After decades of oppression, state media now acknowledged this measure has failed.

“Our country is one of the countries in the world where there is the death penalty. But despite this heavy punishment, over the past years, the crimes subject to the death penalty not only have not decreased but increased,” Sharq daily wrote on December 13.

One year after executing Navid Afkari, Iran’s regime continues to harass his family

It is worth noting that Tehran regularly sentences death sentences to dissidents, and by charging opponents with “enmity towards God” or “Moharebeh,” thousands have been executed in Iran in the past 40 years. Raisi was a key member of the death commission which carried out the 1988 massacre of 30,000 political prisoners.

But despite increasing its oppressive measures, Tehran has failed to control the increasing society restiveness.

“It is expected that the rulers and those who determine the macro-policies of the country, after years of trial and error, have realized that they cannot do anything by broadening the penalties and expanding the judicial and police system,” Sharq daily acknowledges in this regard.

Previous articleIran News in Brief – December 18, 2021
Next articleIran’s Latest Agreement With IAEA Likely Another Example of ‘Playing for Time’