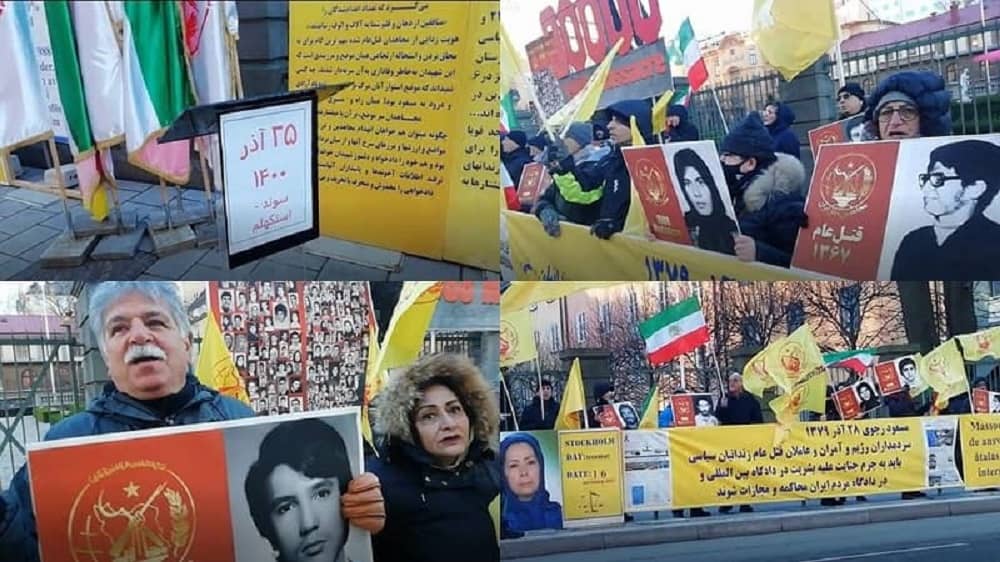 Iran Under the Mullahs’ Regime: Where People Struggle with Poverty

Two heart-wrenching videos circulating on Iran’s social media show the grim face of poverty and misery in Iran under the mullahs’ regime. Iran is a wealthy country but its people have to sell body parts or their children or collect trash to make ends meet.

A video from Iran shows an Iranian Turkmen mother casually saying she wants to sell her son at the bazaar and “that no one was willing to buy him”.

Heartbreaking video from #Iran
An Iranian Turkmen mother casually says she wanted to sell her son at the bazaar and "that no one was willing to buy him".

42 yrs of clerical rule has made Iranians so miserable they're willing to sell their own children to put food on the table. pic.twitter.com/cH3a9jyzi3

Another video from Dezful shows that how kids in tribal areas are deprived of even the minimum education standards. The voice  of a local teacher can be heard in the video protesting such dire circumstances.

Dezful, southwest #Iran
Kids in tribal areas are deprived of even the minimum education standards. This is the voice of a local teacher protesting such dire circumstances.#42YearsOfMiserypic.twitter.com/dJ2T0eiOwB

Qarchak prison officials are preventing political prisoner Zahra Safaei from being sent to the hospital to continue treatment for his heart problems.

The warden of Qarchak Prison, Soghra Khodadadi, has not allowed Mrs. Safaei to receive medical treatment despite the doctor’s prescription and her family’s repeated inquiries.
Read more

The report highlights the regime’s support for terror groups in Iraq, Syria, Lebanon, and Yemen “Iran has acknowledged the involvement of the IRGC-QF in the Iraq and Syria conflicts, and the IRGC-QF is Iran’s primary mechanism for cultivating and supporting terrorist activity abroad.”

Reports tallied by the Iranian opposition, the People’s Mojahedin Organization of Iran (PMOI/MEK), indicate there have been several protests in Iran on Friday.

In addition, locals in Yazd held a rally protesting an initiative intending to launch a mine, saying it will destroy their city.

December 17 – Behabad, Yazd province, central #Iran
Locals are protesting an initiative intending to launch a mine, saying it will destroy their city.#IranProtests #اعتراضات_سراسری pic.twitter.com/b4c9ZfvS70

State-affiliated Expert: Most of Iran’s Population Under the Poverty Line 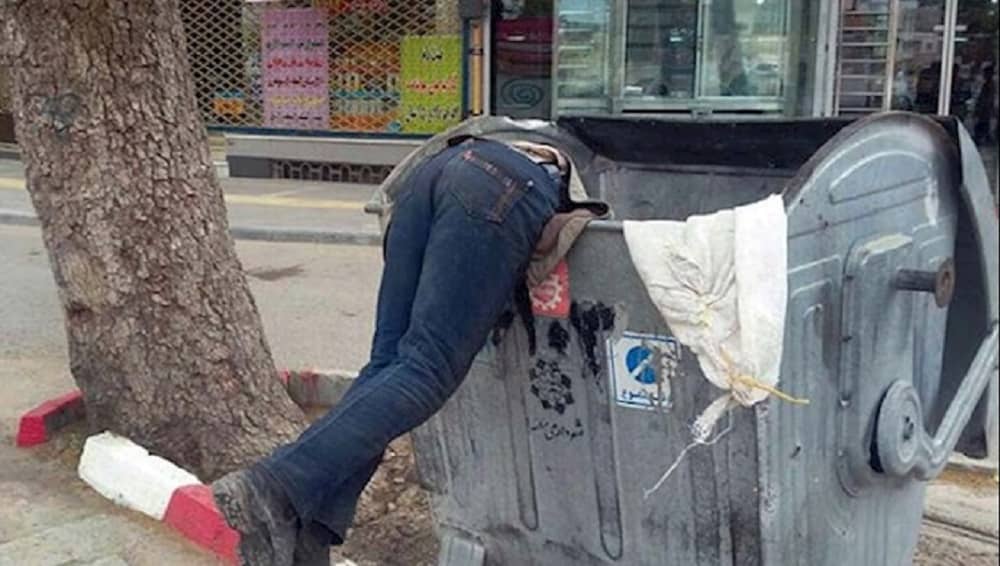 In an interview with the state-run Armane-e Meli, Khodaie, one of the regime’s experts, acknowledged that most of the Iranian population is under the poverty line due to the regime’s actions. “The value of our currency has decreased more than four thousand times and most of our population has gone below the poverty line. We have wasted the best era of having the highest young population,” he said. 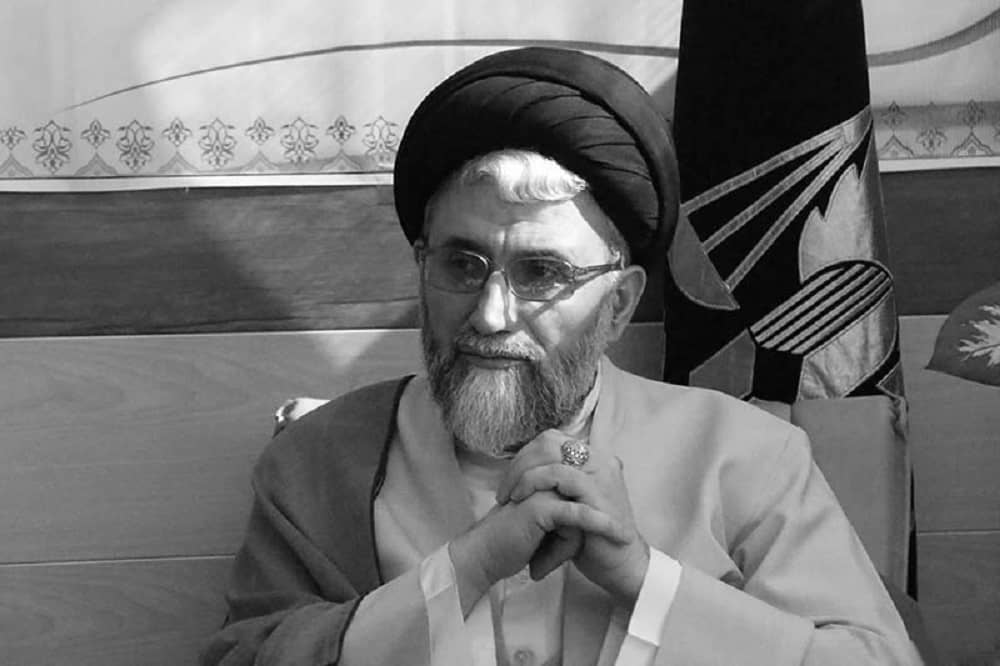 Esmail Khatib, head of the Iranian regime’s notorious Ministry of Intelligence and Security (MOIS) expressed fear about the expanding protests across Iran.

“The enemy and dissidents are making all possible efforts to create internal crisis and protests and exploit them. We are deemed to be alert about their efforts,” he said, according to the state-run Asr-e Iran website. 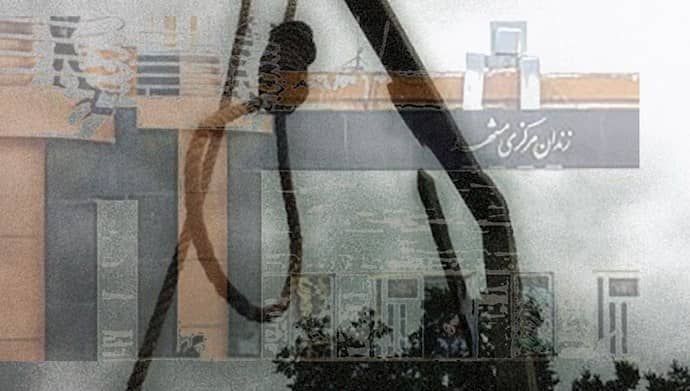 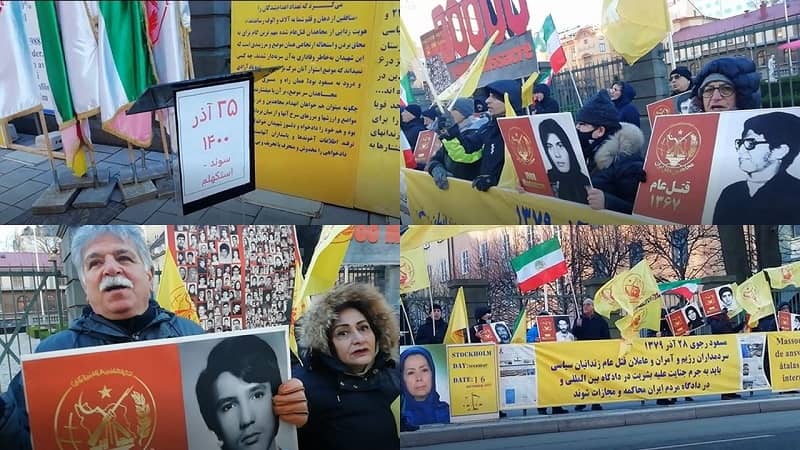 Thursday, December 16, 2021: The 53rd session of the trial of Hamid Noury, one of the executioners of the 1988 massacre, took place in the Stockholm court.

Dec 16, 2021: Freedom-loving Iranians, #MEK supporters in #Sweden, held a rally in front of the #Stockholm district court. They are seeking justice for the #1988Massacre martyrs & prosecution of the mullahs' regime leaders. Part 1#ProsecuteRaisiNOW #NoImpunity4Mullahs #Iran pic.twitter.com/DB2yHwyCEf 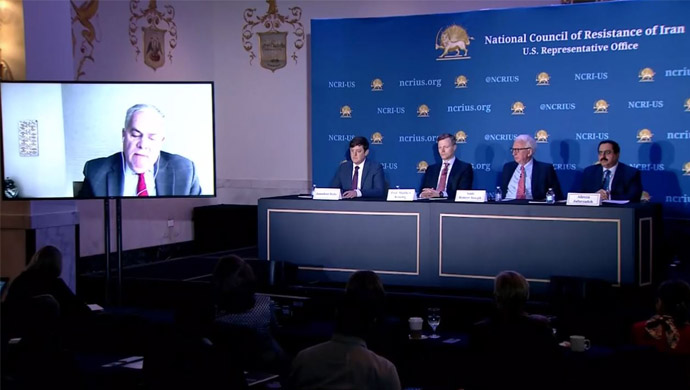 Iran’s regime is using civilian front companies to supply its illicit military drone program, according to a new report by the National Council of Resistance of Iran (NCRI). The report, compiled in a book titled IRAN: IRGC’s Rising Drone Threat; A Desperate Regime’s Ploy to Project Power, Incite War, was presented at a conference in Washington, D.C., on Wednesday, in which politicians and experts weighed in on the threats posed by Iran’s regime. 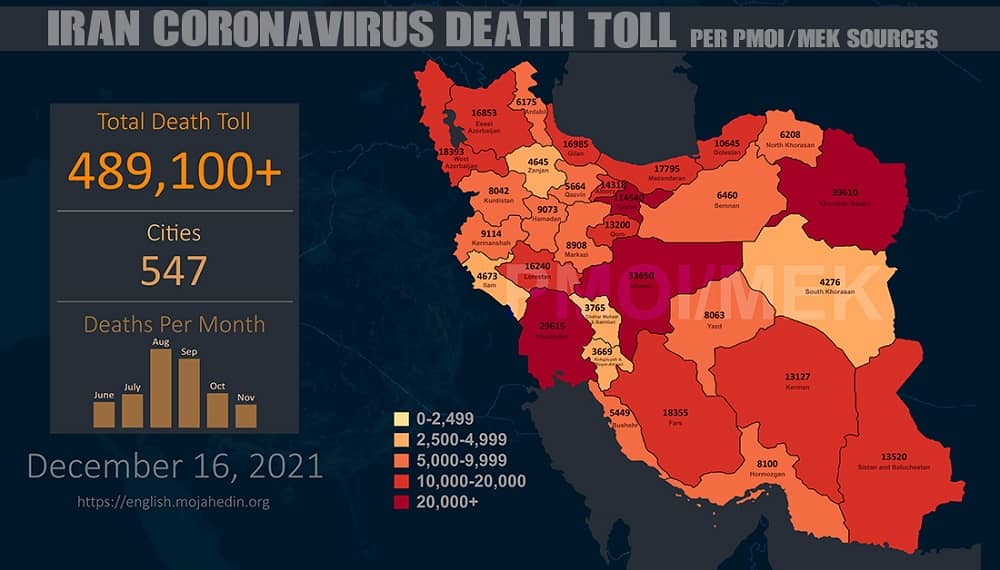