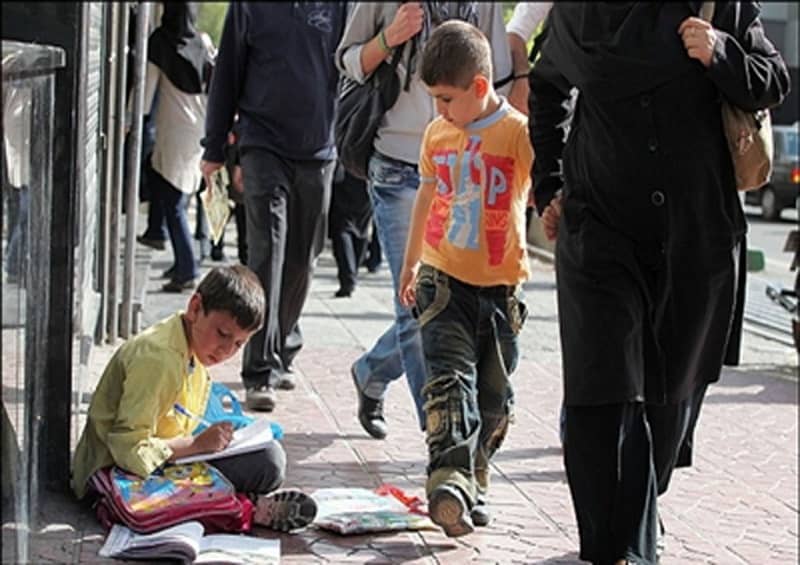 With the growing economic crisis in Iran and the Covid-19 pandemic, many students are forced to drop out of school.

On April 2, Behrouz Mohebbi, a member of the regime’s parliament, referred to 30 to 40 percent of school dropouts in Iran. According to Mohebbi, one of the reasons for dropout among students is “missing proper infrastructure for students to use software and internet to continue their education online.” Thus, students in many provinces should drop out of school.

“One of our society’s issues is the situation of those students who had to quit studying because they did not have access to tablets or smartphones. The educational situation of 6 million students stay in limbo,” wrote the state-run Arman daily on April 3.

In Khorasan Razavi province, 40,000 students have dropped out of school, showing a 300% increase of school dropout in this province. Meanwhile, many experts believe the number is much higher than what has been announced.

Mohammad Mousavi, an 11-year-old student, committed suicide on October 10 in Dayyer, southwest Iran, because he was not able to purchase a smartphone to attend online classes.

In September, one of the regime’s MPs said that according to the Ministry of Education, 3.5 million children could not use the “Shad” learning app because they do not have access to the internet or smartphones.

The rising number of school dropouts in Iran is not merely due to the Covid-19 pandemic in the last year. Since mullahs took power in Iran in 1979, millions of children have quit studying due to poverty. Many of these poor students are mistreated or become drug addicts.

“A careful survey was conducted in the target community, and the result was that 90% of students who drop out suffer from one of the social ills such as addiction,” said Iskander Momeni, Secretary-General of the Anti-Narcotics Headquarters, in January.

Unlike other countries, students in Iran are not part of Iran’s future due to the regime’s inhumane policies. During the Iran-Iraq war, the Iranian regime sent thousands of children to the frontline and used them as “one-time” soldiers to wipe minefields. The mullahs’ regime also executed thousands of students since the 1980s.

The regime has continued harming Iranian students in recent years by depriving them of their basic right to have a free and full education.

While there are millions of school dropouts, those in the learning cycle are continuing their education in a difficult environment. Thus, sooner or later, they would abandon their education. For example, many Iranian children in remote areas or different provinces continue their studies in tents or under the ceilings of rooms that may collapse at any moment.

Another reason that accelerates the process of dropouts is the hopelessness of their future after graduation. When they see an army of unemployed but educated youth, they prefer to quit studying and find a job to make their ends meet.

What happens to Iranian children and causes them to quit school is due to the regime’s corruption, plundering of national wealth, and funding its illicit activities instead of helping people.

On March 15, the Revolutionary Guards unveiled its naval missile city. On December 27, Hassan Nasrallah, chief of Hezbollah, praised the regime’s eliminated terror-mastermind, Qassem Soleimani, for his “logistical support” of Hezbollah and did not recognize “any red lines” in sending 9M133 Kornet missiles to Gaza for Hamas and the Islamic Jihad. Nasrallah acknowledged that after the 33-day war in 2006, when 200,000 homes were destroyed in Lebanon, Soleimani paid one years’ worth of rent and expenses of the families who lost their homes. On December 2, Reuters revealed that the regime has spent “$600 million” for the “expansion at the Imam Hussein shrine.”

While children in Iran commit suicide in Iran for not having access to a smartphone, the regime continues funding terrorist groups such as Hezbollah. The relatives of the regime’s officials live luxurious lives.

This is why Iranians are heard chanting in their protests, “our enemy is right here; they lie it is the U.S.”

Previous articleIran’s Protest Movement Has Persevered and Is Re-Emerging
Next articleIran: Retirees Protest for the Third Time in the Persian New Year in 27 Cities (20 Provinces)