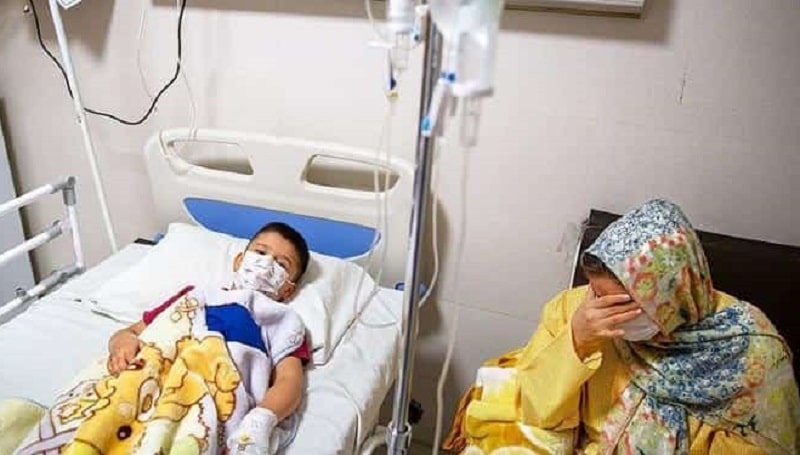 A year since the Covid-19 pandemic spread across Iran, mullahs’ regime continues its inhumane policy of cover-up and inaction. The contradictory remarks of the regime’s officials and the delay in vaccination of people on the eve of Nowruz (Persian New Year) foretell a catastrophe.

The new variant of Covid-19 has spread across Iran. “However, the mutated virus has been identified and is circulating in 28 provinces of our country,” the spokesperson of the regime’s National Coivid-19 Task Force said on March 13.

Meanwhile, the regime’s president, Hassan Rouhani, on March 13, claimed: “Except for Khuzestan province, which is in a special condition, other provinces have good and normal conditions. We might have faced [the new Covid-19 strain] in one province, but not in the entire country.”

As the Nowruz holidays approach, the regime’s Health Minister Saied Namaki deceptively asked people not to travel “for God’s sake.” Yet, the government has implemented health protocols.

“Mr. Health Minister begs people not to travel. The Interior Minister says towns will be colorized [in terms] of Covid-19 spread. The Ministry of Cultural Heritage says that we are organizing the tour with the protocol. Let’s register. These [contradictory] remarks leave people in uncertainty,” a TV reported told Iraj Harirchi, the Deputy Health Minister, on March 13.

“Amid the Covid-19 outbreak, while there should not be gatherings, [the regime’s] issuing permits for holding wedding ceremonies and funerals are in contrast with the main demand.”

The November 2019 uprising shocked the regime to its core. Thus, the mullahs’ regime embraced the entry of Covid-19 and initiated a criminal policy, using casualties and people as a human shield to another uprising.

“It seems that the country’s thinking system is still moving towards herd immunity through natural infection or that some do not realize what is happening. People should pay the price [of this policy],” wrote the state-run Farhikhtegan daily on March 13.

“There is mass vaccination with [certified] vaccines all over the world. We think that with infection, we can achieve herd immunity,” one of the regime’s so-called experts told the State TV on March 13.

“Since early March 2020, there have been sharp contradictions between officials’ statements about Covid-19. Some officials joked about the disease and denied it had entered the country. These cases have led to a slow pace of patient care and an increase in the overall prevalence of pandemics and mortality. Some officials are involved in various fringes when they do not have time to make the right decisions about issues and crises. Even in the face of problems, they send the wrong message to society. Just when they have to give the right information to people in order to gain their trust, they spread untrue and false messages in society,” wrote the state-run Jahan-e Sanat daily on Monday.

The Iranian regime started a vaccination hoax simultaneous with other countries starting their vaccination process using certified vaccines. The regime and its apologists blamed the United States sanctions are preventing them from procuring vaccines from COVAX of Word Health Organization. COVAX immediately rejected this claim.

The regime then tried to question globally certified vaccines. With the rising national demand for vaccines, finally, the regime’s Supreme Leader Ali Khamenei, on January 8, explicitly banned the entry of ratified vaccines from the U.S. and the United Kingdom. Amnesty International condemned Khamenei’s order, describing it as preventing people from their “right to life.”

With the increasing national demands for vaccination and fearing people’s backlash, the regime imported 570,000 dozes of Russian and Chinese vaccines. This is less than 1%.
The regime tries to drag its feet long and continue using the Covid-19 outbreak coupled with economic crisis to control the restive society.

Calling people’s uprising “conflict” Jahan-e Sanat article on Monday warned the regime’s officials. ““Although the coronavirus crisis delays the conflict, delaying it at the cost of overwhelming issues is a challenge in society. In other words, when society is freed from the clutches of this disease, political, social, and economic faults will begin to move with greater destructive power,” read Jahan-e Sanat’s article titled “are politicians interested in Covid-19 pandemic?”

Previous articleIranian Resistance: Danger of Iran’s Ballistic Missiles Has Grown Since Attack Last Year
Next articleIran: The People Believe the Theocratic System Is To Blame for Their Hardship