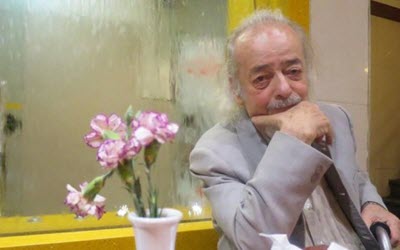 NCRI – In an internet interview on October 25, Dr. Mohammad Maleki, the first President of Tehran University following the anti-monarchy revolution, has pointed to the ‘moral corruption case’ in the office of Iran’s supreme leader and stated that “this is a catastrophe for the regime, proving that they are not trustworthy.”

“In his remarks, Saeid Toosi had said himself that he would pull down hundred others (inform on them) in case he was too much bothered. This shows the magnitude of the disaster”, said Maleki.

He added: “My point is these people have no religion, faith or God. They have nothing. They only seek power.”

The first President of Tehran University following the anti-monarchy revolution said that “ This issue (disclosure of Toosi’s case) hit the regime more than Mr. Montazeri’s audio tape. When you speak in this regard with a driver, worker or anyone else for that matter, they are all confused as to whom can they trust anymore.”

He added: “But I’m confident that the people are aware and will become even more aware so as to make the final decision and bring them down from their throne of power.”

“Fortunately this justice-seeking movement for the victims of 1988 has been raised in the world and I hope it reaches a point so that those responsible be brought to justice”, Maleki said at the end of his interview.

Previous articleHuman Rights Activist in Berlin: The Respect for Human Rights Should Be a Condition for Establishing Relations With Iran
Next articleUN Secretary General Overlooks Crimes to Give Keepsake to Syrian Ambassador