Iran: 135 Lashes Only to Cover up Crimes of the Regime’s Former Prosecutor 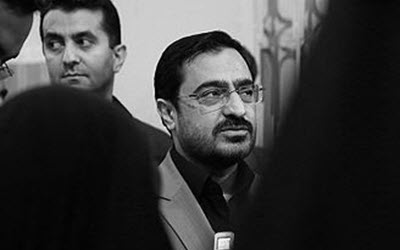 NCRI – The Iranian regime’s former prosecutor and managing director of social security in Tehran has been sentenced to 135 lashes on charges of “illegal seizing and neglect of duty”.

In the investigation report of the regime’s parliament on the Social Security Organization in December 2013, Saeed Mortazavi, former head of the Social Security, was accused of widespread financial violation and irregularities. Subsequently, a number of workers and employees filed complained against him on charges of “embezzlement and breach of trust.”

The plaintiffs’ lawyer, Mostafa Turk Hamadani, announced the news on Wednesday November 2, and told the state-run ILNA news agency: “I think in considering his actions as a crime, “embezzlement” could also be included and the accused could also be charged with [illegal] passing of property. But now he is only sentenced to 70 lashes for illegal seizing [of property] and 65 lashes for failure to perform duties.”

Saeed Mortazavi also had another case and was responsible for the killing of a number of detainees at Kahrizak detention center after the 2009 uprising when he was the regime’s prosecutor in Tehran. But the regime’s Judiciary acquitted him of murder charges in the case of Kahrizak crimes.

According to the verdict of Khamenei’s Kangaroo court, Saeed Mortzavi was acquitted on charges of “an accomplice in murder and misleading reports” in the Kahrizak case. In fact, he was sentenced to 135 lashes on charges of “illegal seizing of property and failure to perform duties” only to cover up his heinous crimes in Kahrizak and acquit him of the murder charges.

Previous articleIran: 17 Youths Were Arrested in Tehran on Charges of Dancing in a Halloween Party
Next articleIran: Taxpayers’ Money Looted by Giant ‘Revolutionary Foundations’ via Rouhani