Iran: %40 of Unemployed in Iran Have a University Degree 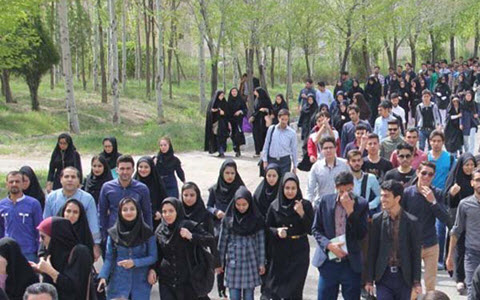 NCRI – The share of university graduates from the unemployed population is over 40%. According to the state-run Khabar online news agency on September 29, while in 2001 about 10 percent of the Iranian unemployed population were university students, this rate has increased to more than 41 percent. This change is indicative of a change in the structure of Iran’s labor market in the current situation.

According to the news agency, the change in the unemployed population and the form of education of this group of people indicate the need for new policies in this space; in other words, the findings and patterns of previous decades cannot be programmed to create jobs in the 21st century. Research and studies show that in the best economic conditions, Iran is entering an era of unemployment crisis.

Earlier, Iran’s Parliamentary Research Center in a report emphasized that if Iran’s economic growth was at an average of eight percent per year and job creation was one of the main components of this growth, yet Iran in 2020 will face a population of 5 million unemployed.

“The serious shift in the labor market of Iran since the mid-twenties was clearly evident, as the share of Iran’s unemployed college graduated reached 20.9% of the total number of unemployed in 2006,” Khabar online reported.

At the beginning of 2011, Iran’s unemployed population with a university degree was 36.6 percent, which is currently close to 42 percent.

According to the state-run news agency, this situation shows that the sectors of the Iranian economy that are capable of attracting university students are not sufficiently developed, and the shape of industrial expansion still does not make much progress in the current period.

Non-employment development today is one of the most important crises in Iran’s economy in the current situation.

Currently, the industrial sector in Iran holds 16.8 percent of the country’s total employment. Thus, the service sector is considered to be the largest economic sector in terms of job creation.
Unemployment rate in Iran has not been single digit for many years.

On the other hand, the unemployed population has not experienced much change over the years, and this shows that the economy has lost its productivity. Many experts point to unemployment as a super-challenge to the Iranian economy.