NCRI – Members of the Iranian regime’s parliament and experts warn the recent electricity, water and communication blackout in southern oil reach province of Khuzestan which has revealed ‘negligence’ by authorities is becoming a national threat.

on February 11 a number of power stations in the Khuzestan province failed and water and electricity in most major cities of this province were cut off. The situation was blamed on heavy dust and humidity of almost 100%. 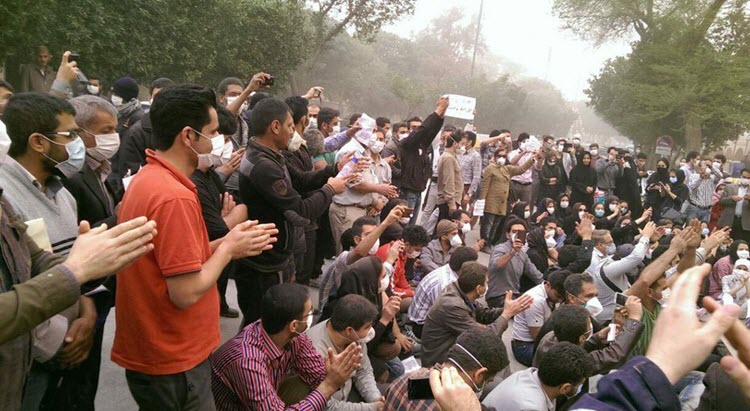 Jalil Mokhtar, the member of regime’s parliament from city of Abadan and chairman of the social committee of the parliament says that the critical situation in Khuzestan on the one hand is due to the issue of particulates and on the other hand is related to lack of expert updates on structural and facility sections of war torn cities of this province.

The MP said on February 13: “The government must apologize to the people of the province for insulting them, and in order to solve the recent crisis, end this crisis by holding a cabinet meeting in this province”, according to state-run Mehr News Agency,

Abbas Papizadeh, MP from city of Dezful, said air and water pollution in the province has led to increased respiratory and skin diseases so that at times 20 thousand people go to hospitals that lack the capacity to accept them.

He told state-run told the YRC website that the government has removed the budget for combating particulates and “The Khuzestan province for years has been struggling with the issue of particulates but this issue now is becoming a national threat.” 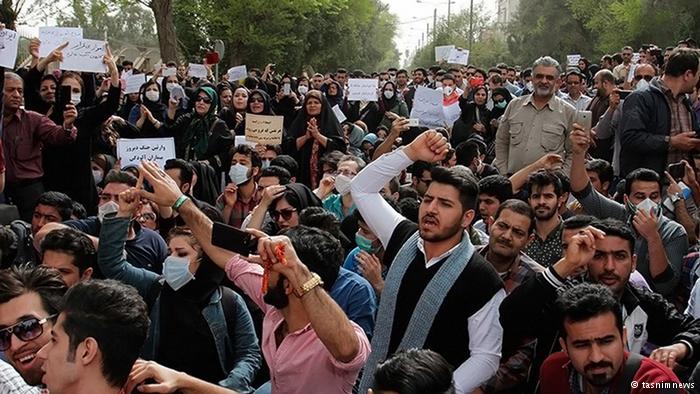 An expert of the Ministry of Energy who asked not to be named said in an interview expressed regret that mismanagement of water resources caused by “absolute imprudence” in industrial and agricultural logistics in neighboring provinces, has led the plain of Khuzestan, the second fertile province of the country, to gradually turn into desert.

Abadan representative in the parliament urged to deal with “incompetent” officials. He said “Why the President does not take more seriously the problems of Khuzestan in the phenomenon of dust, the problem of desertification, blackouts, sewage problems and unemployment, and does not end the incompetence of some officials?”

Mohsen Haji Mirzaee, Secretary of the Cabinet, told state-run Fars News Agency: “Today these incidents unveil neglects, and all those things that should have been corrected with prediction, today are considered through incidents.”

Maryam Rajavi: The Only Solution for the Acute Crises in Khuzistan Is to Escalate Popular Protests and Rise up to Drive Back the Clerical Regime

The people of Ahwaz have taken to the streets today for the third consecutive day to protest the disastrous air pollution and frequent water and power cut-offs in the capital of Khuzistan Province.

The clerical regime has intervened by suppressive forces and machine-gun-mounted vehicles over the past days and blocked the streets leading to the Governor’s Building, the suspended bridge and the Firefighting Sq. to curb the spread of protests.

The protesters chant, “Death to tyranny”, “death to repression”, “we, the people of Ahwaz, won’t accept oppression”, “incompetent officials must be expelled”, “impostor (Massoumeh) Ebtekar, resign, resign”, “clean air is our right, Ahwaz is our city”, “Shame on the State Security Force”, and “unite, unite!”
They also shouted slogans against the Governor of Khuzistan.

The Iranian regime has carried out an array of treacherous plans in Khuzistan Province which have led to a disastrous environmental condition in the area and jeopardized people’s health and living. The plans including the diversion of Karoun and Karkheh rivers’ water, excessive building of dams, and the Oil Ministry’s use of quick and cheap methods of oil extraction, have dried up the ponds and lakes in the area including the famous Hoor al-Azim wetland and Shadegan lagoon.

Underlining the environmental crisis and the increasing problems of the people of Ahwaz and Khuzistan, the Iranian Resistance’s President-elect Maryam Rajavi called on the nation to help decrease the pressure on the deprived people of this area, especially the sick and vulnerable.

The Iranian mullahs’ regime is the source of all the acute problems that have caused frequent water and power cut-offs and led to unemployment and various diseases, Mrs. Rajavi said.

She pointed out: One cannot expect the mullahs and the regime’s leaders and officials provide any solutions. The solution lies in the people’s escalation of protests and uprising to drive back the regime and its officials who have created so many problems in their daily life.

The Iranian Resistance’s President-elect hailed the people of Ahwaz and Khuzistan, particularly the women and youths, and urged them to unite their ranks to continue their protests and demonstrations in solidarity.