Iran Regime’s Meteorological Organization Crisis Management: 95% of the Country’s Land Is in Drought 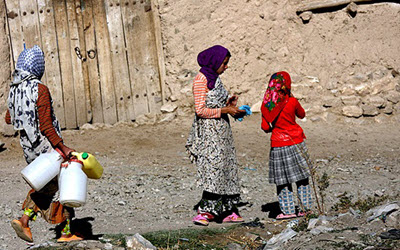 NCRI – Head of the Iranian regime’s Meteorological Organization Crisis Management admitted that 95% of the country’s land is in a state of drought.

Shahrokh Fateh in an interview with the state-run ISNA news agency on July 9 said: “The provinces of Khuzestan, south of Ilam, north of Bushehr, west of Kohgilouyeh and Boyer Ahmad, parts of Isfahan and Northern Khorassan, south west part of Khorassan Razavi, Southern Khorassan, north and east parts of Kerman, and Sistan and Baluchistan have been facing severe drought and in some case very severe drought.”

He noted with concern that the 84-month drought season ending late June 2016 indicates that widespread parts of the country have suffered from mild to very severe drought, and added: “What is important in drought investigations is that long and severe drought continue in some provinces such as Tehran, Alborz, Fars, Khorassan Razavi, North Khorassan, South Khorassan, Khuzestan, Bushehr, Kerman, Kermanshah, Yazd, Semnan, Qom, Sistan and Baluchistan, and parts of Isfahan and Chaharmahal and Bakhtiari, which remind the need for more attention and the need to care and protect the country’s limited water resources.

Rahim Meydani, Deputy of the Energy Ministry’s Water Department in Rouhani’s administration, said in on Thursday, July 6, 2017, at the Fars Water Conservation Council: “The state of the water has become so sensitive that it is raised in the Supreme National Security Council and we have to solve the issue with full scientific and experimental power.”

He emphasized that with the continued “inappropriate condition” of water management and damage to surface water and underground water resources, providing water supply for agriculture and drinking would be “very challenging” in the future.