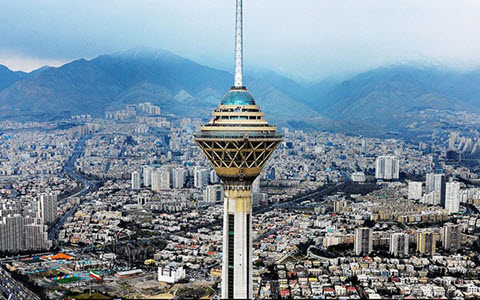 NCRI – An Iranian regime’s MP has warned over excessive housing projects in Tehran, saying that under such conditions, aid workers won’t be able to do anything should a magnitude seven earthquake hit the city.

In an interview with state-run ISNA news agency following the December-20th magnitude 5.2 earthquake striking Tehran and some other cities around the capital, Abdolreza Hashemizaei, member of regime’s parliamentary commission on councils and internal affairs, warned over excessive construction taking place in the city.

Following the earthquake, a pregnant woman died while attempting to flee her home and dozens more were injured.

Pointing to irrational construction projects currently underway in Tehran, Hashemizaei said “you see 20-story towers being built next to six-meter-wide alleys, raising concerns that aid workers won’t be able to do anything in case a magnitude seven earthquake hits the city.”

Regime’s MP described Tehran’s situation with its 14-15 million population as deplorable, saying that “Tehran residents can do nothing but to stay calm.”

Hashemizaei ruled out claims of Tehran’s high resistance to earthquake as nonsense and propaganda, saying “in case a strong earthquake hits the city, relief operations would be crippled.”

Emphasizing on the need to renovate Tehran’s dilapidated areas, Hashemizaei says that considering the country’s current budget, it would be very unlikely to stick to the Five Year Development Plan, according to which the renovation process is to advance 20 percent a year and be completed in five years.”

Hashemizaei then asserted that it won’t be possible to quickly resolve Tehran’s problems, adding “people should remain calm, and it’s only God that is able to save Tehran.”

The reality is that the only possible way to avoid the disastrous consequences of strong earthquakes in Iran is through retrofitting buildings, something that has not taken place so far due to a widespread financial and moral corruption within regime’s entire state and executive bodies.

Previous articleInteresting Confessions: Iran Regime’s Leader Directly in Charge of Terrorism and Meddling in the Region
Next articleThe Christmas and New Year 2018 Message of Maryam Rajavi