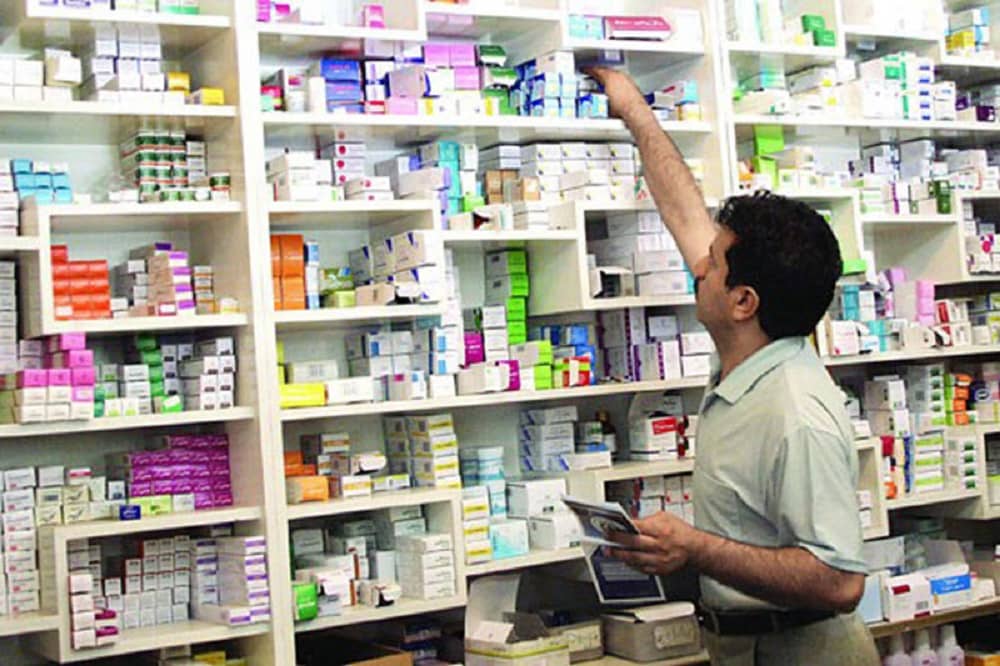 Millions of Iranians are forced to buy more expensive medicine or go without it, as the prices of prescription drugs will increase by 20 to 30 percent.

In March 2022, Iran’s state media previously reported that Ebrahim Raisi’s government intends to increase the prices of medicine and drugs. This news caused a lot of stir in the regime, as officials feared rising costs of prescription drugs could lead to major protests. So Raisi’s Minister of Health rapidly denied any increase in medicine prices.

“Today, following a meeting in the Food and Drug Organization, pharmaceutical companies were authorized to increase the prices of their products by 20 to 30 percent from Thursday. Of course, the price increase can be higher,” the state-run Khabaronline reported on July 16.

Fearing a public backlash, the regime’s Ministry of Health quickly claimed that according to the “Darooyar” plan, the price difference would be covered by Iran’s Social Security Organization, the “Salamat” insurance company, and the so-called “health subsidies.”

“Before the implementation of the “Darooyar” project, 6 million uninsured people were identified and covered by universal health insurance for free. In this plan, we established insurance coverage for drugs that were not covered by insurance before,” Pedram Pak-Aeen, the Ministry of Health spokesperson, said, as quoted by the state-run Tejaratnews on July 16.

Meanwhile, the Salamat Insurance Company announced that currently, people pay 60% of treatment costs. “Nearly 10% of the country’s people are not covered by any insurance. We don’t have enough budget to create new coverages, and legally we must consider the sources of any further coverage,” Khabaronline quoted Taher Mohebati, CEO of Iran Salamat Insurance, on September 29, 2019.

Besides, millions of Iranians are covered by the country’s Social Security Organization (Shasta), which is bankrupt. Thousands of Iranian workers, pensioners, and retirees supposed to be covered by Shasta hold daily protests across Iran, demanding to receive adequate salaries and pensions and be fully insured.

Workers and retirees own Shasta, but its CEO and board of directors are appointed by the Minister of Cooperatives, Labor, and Social Welfare. In other words, the real owners do not have any managing role. Shasta is not a government company but is public property.

Earlier, regime officials in social security had acknowledged the organization had a deficit of about 25,000 billion tomans and about 39,000 billion tomans in bank debt. This amount is in addition to billions of dollars Raisi’s government owes to Shasta.

“Currently, this insurance organization has about 4.5 million retired people. The probability that this organization will go bankrupt is not low,” Ali Akbar Anabestani, a member of the regime’s parliament, told the state-run Fars News Agency on January 25, 2022.

Why is Raisi’s government Trying to Implement Darooyar Plan?

Since becoming the regime’s president in June 2022, Raisi and his ministers have been parroting this talking point that Iran’s prescription drugs have a very low cost while complaining about the so-called “drug and medicine mafia” that smuggles the country’s products, or the medications imported at a lower price. But they refuse to say how one earth could someone smuggle such a high volume of drugs without having any links to the regime and its Revolutionary Guards (IRGC ), which controls all Iranian ports?

While millions of Iranians cannot afford to purchase the medications they need, the regime officials and mouthpieces keep rehashing this lie as they intend to pave the way to remove the so-called preferential currency exchange rate.  The preferential rate of 42000 rials for a dollar allowed companies to import drugs at a lower price.

But importing prescription drugs from other countries reduces the profit of the regime’s “drug and medicine mafia” that dominates Iran’s pharmaceutical industry.

“As Mr. Raisi said, ‘we have a powerful drug and medical equipment mafia in the country,” Jalil Mirmohammadi, a member of the Parliament’s Health and Treatment Commission, acknowledged in a television program on April 1, 2022.

“When we use the word drug mafia, it means that a part of this mafia is linked to the system. And by the system, I mean all branches. The income of the drug mafia in the country in the past two years amounts to $ 1.2 billion,” he added.

A glance at Iran’s “Drug and Medicine Mafia.”

Like other industries in this rich nation, Iran’s Pharmaceutical Industry has been monopolized by the IRGC and foundations linked to the regime’s Supreme Leader, Ali Khamenei. One of these foundations is the Execution of Imam Khomeini’s Order (EIKO), which controls many of Iran’s pharmaceutical products through its Barekat company.

Barkat Pharmaceuticals Holding Company owns 60.6 percent of the Alborz Investment Group, the second-largest pharmaceutical holding company in the country. Companies in this conglomerate include:

On January 8, Khamenei banned WHO-approved vaccines manufactured in the U.S. and U.K. Besides his intention of quelling Iran’s restive society by using the deadly Covid-19, he wanted further plunder Iranians by authorizing Barekat company to officially monopolize the production of the coronavirus vaccines.

As a result, over half a million Iranians died in two years.

The information above is the tip of an iceberg of the regime’s corruption and inhumane policies. Now the only question remains: how far could Tehran continue putting pressure on Iranians? The answer lies in the ongoing protests of people from all walks of life who demand change.

Previous articleIran News in Brief – July 19, 2022
Next articleMore Than Ever, Confronting Iran’s Regime Is Both a Strategic and a Moral Imperative