Iran’s Environment About to Be Wiped off the Map 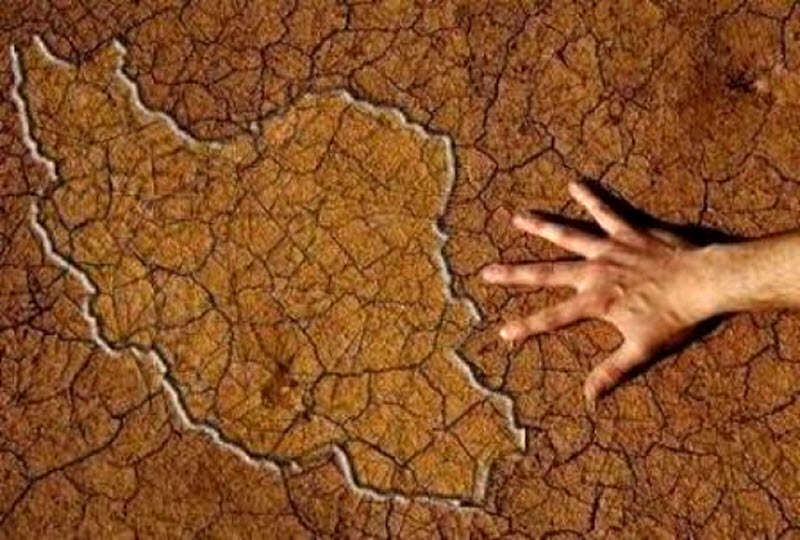 When you talk about Iran’s environment, it only evokes such terms like disaster, destruction, annihilation and collapse.

The issue is so serious that some environmental experts believe that many parts of the Iranian Plateau will no longer be habitable in coming decades should the current destructive process continue.

As a result of four decades of the mullahs’ ruling, Iran’s millennia-old Lake Urmia is drying up and the country’s forests are disappearing. With the country’s rivers dried up and wetlands vanished, other environmental harms in their ecosystem will also follow. Dried rivers will bring desertification and soil erosion, deforestation will lead to more floods and increased air pollution, and rare animals and birds will be subject to extinction with wetlands vanished and gone.

Iran’s environment is being disturbed, in such a way that we are actually faced with a destruction chain in the country’s different ecosystems; a chain that’s going to make the predicted disaster happen in Iranian Plateau if not stopped.

According to UN Food and Agriculture Organization ‘FAO’, Iran’s forests in 1980 – a year after the 1979 anti-monarchy revolution – were about 18 million 43 thousand hectares, a figure that’s now been reduced by half after 39 years.
The main reasons for Iran’s deforestation are:

– Excessively cutting down the trees for wood export, mostly done by regime officials or affiliates.

– Building roads, villas and towns in forests, carried out by regime-linked companies.

Iran’s drying rivers is another disaster in the country’s environment, with the main reasons being:

– Directing water flow through non-expert tunnels or channels towards factories or private properties in exchange for taking bribes.

The above mentioned factors are only part of the problems that Iran’s flowing waters are faced with. Zayanderud River at the heart of Iran is now drying up, which more than anything else is a result of regime’s profit-seeking and predatory policies.

Building dams to direct Zayanderud water towards state-owned facilities and setting up a non-scientific tunnel network that has denied the river of its arteries are among the major reasons for the river being dried up. With Zayanderud draining out, Gavkhouni wetland has also disappeared, the region’s agriculture has been destroyed and its temperature has risen, and drought has encompassed the river’s all surrounding urban and rural areas, including the city of Isfahan.

The same is also true about hundreds of other rivers in the country.

Ahvaz’s Karun is about to be drained out while being deplorably captured by pollution, to the extent that in many part of the river only urban wastewater and animal carcasses could be seen.

As a result of filling a dam built across Karun, 63 villages were totally vanished and 8,000 jobs were gone.

With the river’s decreased discharge, sea water has penetrated more into the river and increased its salinity level. This in turn has led to extinction of some aquatic animals and disturbed the river’s fishing activities.

Many big rivers in northern Iran, including the Sefidrud, have turned into a place for discharge of wastewater and garbage coming from urban areas, factories and hospitals.

More than a thousand ton of industrial and urban wastewater is reportedly poured into Sefidrud and subsequently headed towards the Caspian Sea each year.

Pollution level in Caspian Sea’s coastal areas is so high that swimming in many parts of the sea could lead to skin and other kinds of diseases.

Another indicator of Iran’s red-status ecosystem is the destruction of the country’s lakes and wetlands.

The Environment Department says that 80 percent of the country’s wetlands have drained out.

This includes hundreds of ponds and small lakes along with dozens of wetlands and big lakes.

Lake Urmia is one of the country’s major concerns right now. In a word, the lake has been ravaged by state predators and those who move forward with their business by bribing state officials.

Most of the lake’s catchment areas have been blocked. More than 103 big dams and dozens more embankments have stopped the rivers and streams from pouring into the lake.

Moreover, more than 30 thousand illegal deep water wells have been dug around the lake, acting like holes to suck the lake’s water from beneath while gradually pushing the lake towards an imminent death; a death that won’t be limited the lake alone, but it will destroy an ecosystem and could potentially bring about disasters on a national level as well.

It’s said that the salt storms rising from the lake could encompass the entire northwestern Iran and hurt the soil with permanent fertility problems. This is while people in northwestern Iran are already suffering from respiratory problems and cancer.

These are of course in addition to extinction of the lake’s rarest animal species and dozens of birds.

And it’s not Lake Urmia alone that’s suffering from such a deplorable situation.

Bakhtegan, as one of Iran’s most beautiful lakes and a place for flamingos to lay eggs, has already been destroyed, with regime’s Ministry of Energy refusing to deliver the lake’s water right.

Many parts of the lake has now been assigned to private sector and turned into a race track for regime officials’ affluent offspring so they could perform wheelies and do acrobatic moves in their billion-toman luxury cars.

In addition to denying flamingos of a place for laying eggs, the lake’s drying up has had many destructive effects on orchards, farms and even locals’ health. There are still other lakes, including Hamoun, Parishan and Maharlou that have been dried up under the vilayat-e-faqih’s Iran-destroying regime.

Iran’s beautiful wetlands are other victims of regime’s destructive policies. Such transboundary wetlands like Hourolazim and Shadegan in southern Iran have been intentionally drained out by regime’s Revolutionary Guards to facilitate oil extraction in its Azadegan oil field.

With southern Iran’s wetlands dried up, a dust storm crisis has been raised in Khouzestan province, destroying lives of thousands of fishermen and farmers.

An overflow of petrochemical and industrial wastewater, sugarcane drainage in particular, has totally destroyed Iran’s southern wetlands. Sugarcane drainage is both saline and includes six types of different herbicides that affect living creatures, being accumulated in aquatic animals’ organs and subsequently transferred to consumers.

Anzali wetland is yet another victim of regime’s destructive policies. Also referred to as Caspian Sea’s purifier, the wetland has now turned into a place for discharge of different kinds of industrial wastewaters.

The crisis that has now engulfed Iran’s environment is by no means limited to the country’s forests, lakes and rivers, but it has much wider impacts that are not going to be discussed here. But the points already described are sufficient to make it clear that if we don’t act quickly to stop the current trend, which is the direct result of the policies of an anti-Iranian regime, the unexpected disaster will definitely take place over the coming decades, a disaster that will irreparably destroy many parts of the Iranian plateau.