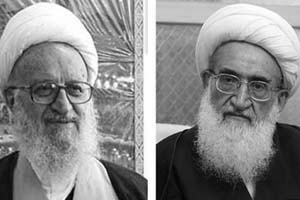 The state TV and radio in Iran never broadcast songs of female singers, but at times CDs with female singers are semi-covertly sold in the market.

Last week an album was produced that had both male and female singers.

“Any film, festival, book or music that is in contrast with revolutionary values will be stopped,” he reminded.

Makarem Shirazi, another senior mullah also showed his opposition to women singers in his lecture as a matter that “causes popular discontent”.