Iran: Studying in the Ramshackle Schools

NCRI – The students in Kerman (south of Iran) study in the schools that have been considerably damaged by the earthquake occurred in 2004.The buildings have not yet been retrofit or renovated in years and the risk of earthquakes threaten the students every now and then.

On 31st October 2016, Mehr News Agency reported that the number of earthquakes in Zarand City has reached to 50 times and the people of Zarand are concerned about their children who study in such buildings.

According to the figures, there are 10 schools in Zarand City so far which lack any resistance against the earthquake and were abandoned after the earthquake of 2004.The effects of the past earthquake are still visible on the walls of schools but the villagers are compelled to send their children to schools so that they continue their education. 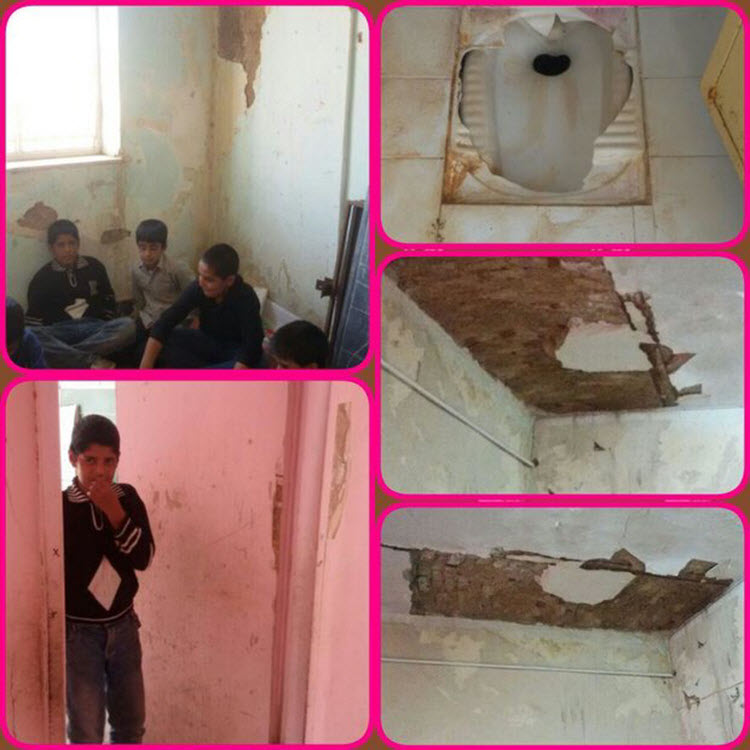 The governor of Zarand in an interview with Mehr News Agency stated:”according to the figures, 30 percent of school buildings are non-resistant and of course some of those have not been renovated after the earthquake of 2004 and they need to be funded.”

He continued:”due to the high volume of cracking in various constructions such as schools, we cannot yet meet the expenses. The head of Education Organization of Kerman stressed on the fact that these problems shall not be ignored. There are 800 ramshackle schools in all of the regions of Kerman Province. Some of these schools are less-populated and some of them are dense and we are invariably concerned about the situation of students and the place they are studying in and we always thank God each day as no incident occurs.”

Mehr News Agency, affiliated with the Mullahs’ regime also reported about the occurrence of 3 earthquakes in Zarand, Kerman on 31st October 2016.The last earthquake was reported to be as large as 4.6 Richter on the scale.

It is worth noting that the students of Iran study in such destroyed buildings and schools while the Mullahs’ regime spend the money and wealth of the country on exporting terrorism and war to Syria, Yemen, Iraq, and Lebanon.