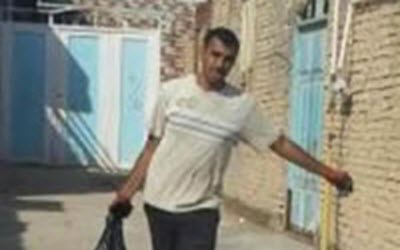 NCRI – An Iranian municipal worker in the city of Falahieh (Shadegan) in Iran’s south-western Khuzestan province has set himself on fire in protest against non-payment of his salaries for the past six month.

Ismail Shaverdi (Khanafareh), 30, who was married and was the sole breadwinner of his household, died of his injuries after he self-immolated on Friday, May 27.

Last week, this hardworking worker along with other municipal workers staged a gathering and sit-in in protest to the non-payment of their salaries, but their demands went unanswered.

Poverty, deprivation and suppression in Iran under the mullahs’ regime have driven some people, in particular women and girls, to the point of taking their own lives.

On May 6, a young street vendor in Ahwaz, south-western Iran, died after throwing himself under a train in protest against the confiscation of his belongings and the only source of his income by the regime’s suppressive forces.

On May 13, a hardworking vendor named Laveh Ahmadi Nia in Sanandaj, western Iran, set himself on fire in protest against oppression and the plundering of his property by the regime’s suppressive forces. Following his arrest and the confiscation of his property, and after he was released from the prison, this Iranian Kurdish laborer went to the repressive bodies of the regime several times to reclaim his property, but when he received no answer he set himself on fire near Mother Square outside the mining industry building in Sanandaj.

On average, 11 people commit suicide in Iran every day, with an equivalent of three in every 100,000 people, according to the website of the Women’s Committee of the National Council of Resistance of Iran (NCRI).

Iranian laborers in particular are suffering from poverty, hunger and unemployment while Iran’s great wealth is spent on domestic suppression, antinationalistic polices of export of terrorism and warmongering in the region, and weapons of mass destruction projects or is plundered by the regime’s officials.

As long as the mullahs’ regime is in power, suppression, poverty, hunger, prostitution and addiction will continue in Iran. The sole solution to end such tyranny and oppression is to topple the antihuman regime of the mullahs and establish democracy in Iran.