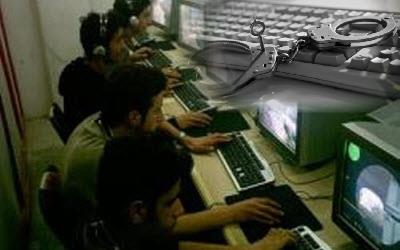 NCRI – The Iranian regime’s Cyber Police (FATA) have arrested a 15-year-old boy in Isfahan, central Iran, since he had aimed to launch a channel in virtual social networks.

Jahangir Karimi, a police commander in Isfahan, announced: “After the final investigation, the 15-year-old teenager from Isfahan was identified quickly and summoned to the police.”

Karimi’s remarks were reported on Thursday, May 26, by the website of the official state broadcaster IRIB.

The Iranian regime’s Cyber Police (FATA) are responsible for monitoring cyber activities. Their most notorious case was that of blogger Sattar Beheshti who was killed under torture while in the regime’s custody in November 2012.

Earlier this month, the regime’s repressive Cyber Police announced that they had arrested two young webloggers in Rasht and Roudbar, northern Iran, charging them with “computer crimes.”

The head of the FATA police in Gilan Province, Colonel Iraj Mohammadkhani, announced the arrests on May 3, adding that “[illegal] production, distribution and access to any data, software or any type of electronic devices are regarded as computer crimes and anyone committing such acts will be sentenced from 91 days to one year of imprisonment, or will have to pay a fine of five million to 20 million Rials (U.S. $166 to $662), or both.”

Shahin Gobadi of the Foreign Affairs Committee of the National Council of Resistance of Iran (NCRI) earlier this month said: “Freedom of the press and freedom of expression are non-existent in Iran under the mullahs’ regime. Not only does the regime severely clamp down on journalists for reporting on subjects considered sensitive by the mullahs, it even goes so far as arresting and torturing to death dissident bloggers such as Sattar Beheshti.”

Iran’s fundamentalist regime on Sunday announced that it had set a one-year deadline for international social media, in particular Telegram, to hand over data on their Iranian users.

The official state news agency IRNA reported on Sunday that the decision was taken on Saturday, May 28, at a session of the Supreme Council of Cyberspace, a committee on the use of cyberspace headed by the mullahs’ President Hassan Rouhani that serves as the regime’s IT regulator.