Regime Official: “In Iran, 49 People Are Being Jailed per Hour” 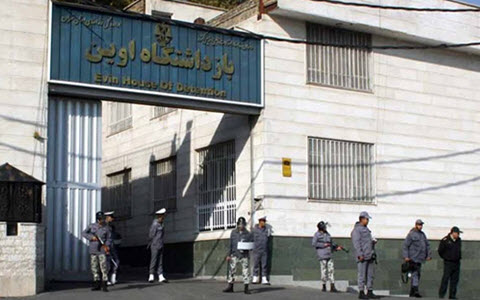 NCRI – An official of the Iranian regime’s welfare organization said that while in 1979 “ten people” were jailed in Iran every hour, the figure now stands at 49 people per hour.

According to the state-run ISNA news agency on October 29, Hassan Mousavi Chalak in his statements announced that the number of people who have been “socially harmed” in Iran in recent years has been “multiplied”.

Mousavi referred to “more than 15.2 million cases” under investigation. In another part of his speech, he referred to the state of divorce in Iran, adding: “The divorce rate in the country indicates that the situation is not a good, and we are seeing an increase every day.”

In his remarks, this regime official announced that the number of regular drug users in the country is “2.8 million people”.

Experts point out the poverty, lack of future prospects, lack of social vitality and a decrease in hope for life as the reasons for the prevalence of mental disorders, especially among women and young people.

Mousavi also referred to the lives of “more than 19 million people in 1,100 inefficient neighborhoods” in Iran.

Ali Larijani, speaker of Iranian regime’s parliament, said in August 2016 that 18 million people were caught in social harms in Iran.

The Iranian regime’s Interior Minister, Abdolreza Rahmani Fazli, said in the House of Commons last June that 600,000 Iranians are imprisoned each year, and that Iran faces problems such as 11 million people living in slums, unemployment of 3.5 million citizens, and drug addiction of 1.5 million people.

Poverty is one of the most important causes of social harm in Iran. Last year, Ali Akbar Sayari, a representative of the regime’s health ministry, said that 30 percent of Iranians are “hungry”.

Previous articleInsane Reaction of the Revolutionary Guards (IRGC) to People’s Gathering in Pasargadae
Next articleIran: Crisis of Student Kolbars (Porters)