Anas Alabdah: Iran regime has to yield to Syrian people’s will to overthrow Assad 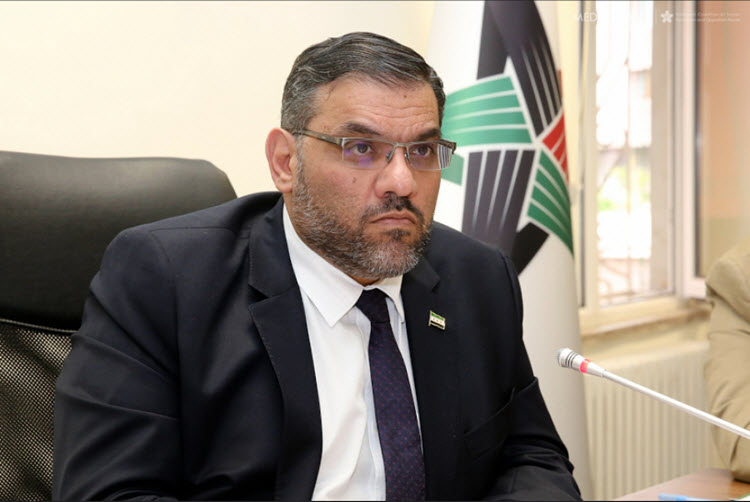 NCRI – The Iranian regime will eventually be forced to acquiesce to the will of the Syrian people to self-determination and to choose their leaders freely, the head of Syria’s democratic opposition coalition Anas Alabdah has said.

Alabdah, who was elected President of the National Coalition of Syrian Revolution and Opposition Forces in March, pointed out that Bashar al-Assad’s regime will eventually be overthrown and the Syrian people will emerge victorious.

In an interview with the Saudi Al-Riyadh newspaper on Sunday, Alabdah said that Assad will be ousted, just like Gaddafi and Iran’s Shah were overthrown.

“The imposition of a comprehensive and real truce depends on how real the international pressure is to find a lasting solution which puts an end to the suffering of the Syrian people. The fact that the truce has been fragile since it was announced is attributed to the international community’s soft stance towards the Assad regime’s repeated violations,” Alabdah added.

Alabdah stressed the need for real international pressure to impose a viable truce and force the Assad regime and its allies to respect it through establishing clear mechanisms for holding violators to account.

“There is also a need for alternative plans should the truce totally collapse. The Assad regime’s disregard for the truce has been encouraged by the fact that there are not currently a Plan B should the truce completely fail,” Alabdah said, according to the website of the Syrian Coalition.

Alabdah explained that the Syrian opposition has not gone to Geneva to hold a dialogue with the Assad regime but to achieve a political transition through a just political solution.

“While the Syrian opposition will not spare any effort and will take all possible paths to reach a solution in Syria, we insist that this solution must not be at the expense of the legitimate demands of the revolution or the enormous sacrifices of the Syrian people,” he said.