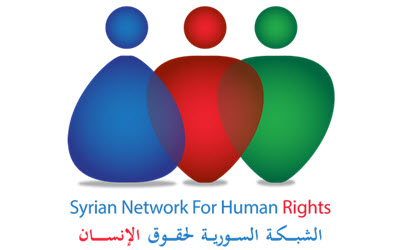 NCRI – The Syrian Network for Human Rights on Monday denounced the invitation made to the Iranian regime’s Foreign Minister Javad Zarif to participate in a meeting of the International Syrian Support Group (ISSG) in Vienna this week.

“SNHR condemns the invitation of the Minister for Foreign Affairs of the Islamic Republic of Iran to participate in a meeting of International Syrian Support Group (ISSG), to be held on 17 May in Vienna City,” the human rights monitoring group said in a statement on its website.

“SNHR stresses that the Islamic Republic of Iran and through the militias related to it, topped by ‘Iranian Revolutionary Guard’ are involved in committing wide and various violations which are considered to be war crimes and against humanity in Syria; this is after its direct involvement in the suppression of the popular uprising against the Syrian Regime’s President Bashar Al Assad since the early stages.”

“We also documented its commitment to many massacres through large-scale killings and carrying some sectarian nature, in each of Al Qalamon, Al Nabak, and eastern countryside of Homs, in addition to the southern and eastern suburbs of Aleppo city and other areas.”

“SNHR states that the air forces of the Russian Federation also implicated in dozens of violations that are considered to be war crimes. Russia and Iran cannot, in anyway, be in the check box friends or supporters of the Syrian people or the Syrian state; at least in the current stage.”

“SNHR requests the international pressure on the Islamic Republic of Iran to withdraw the militias that are related to it and stop supporting the Syrian regime of various types of weapons after it had proved to be used to commit crimes against humanity and against the Syrian people. Also we request to punish all the commanders involved, topped by Qasem Sulaimani, and compensate for all the victims and their families. The Russian Federation must do the same,” the statement added.