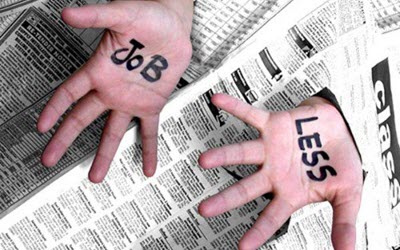 NCRI – Two members of the Iranian regime’s Majlis, or Parliament, recently delivered separate speeches each describing a gloomy prospect for Iran’s economy. Both described the persistence of rampant corruption in the distribution of income and expressed fear of popular uprising. Nonetheless, Hassan Rouhani’s government claims to have resolved the country’s dire economic situation by way of last summer’s nuclear agreement with the six major world powers.

According to the Ahrar Khabar website, Reza Rahmani, the chair of the Parliamentary Committee on Industries, stated on May 14 that today’s stagnation and economic problems are the worst Iran has seen since the Iran-Iraq War in the 1980s.

Speaking at the chamber of commerce in Tabriz, he said: “Despite these conditions, we have not taken any effective measures to support production for the industry to recover from the blows it has received.”

“All industry-related institutions should take action, since the warning bell for unemployment has rung,” he said. ”In addition to others, we currently have five million unemployed university graduates.”

He stated that Iran currently ranks 117 globally in job opportunities, while some of its neighbors are ranked in the top ten. He added that industry cannot grow amid corruption, inflation and lack of suitable jobs.

Another member of the regime’s parliament, Kazem Jalali, stated in open session: “We should acknowledge that in the realms of livelihood and economy we are not in a state befitting the renowned state of the Islamic Republic in the world and the region. Economic growth is very low if not negative. The unemployment of the young, especially the educated, is like a time bomb approaching zero.”

“The ranking on jobs in the country’s economy is not suitable. The class gap has deepened and the distribution of income has become uneven. [Meanwhile,] the public budget has markedly increased,” he added.

“Workers with the minimum wage are being crushed economically and the miners and steel and coal workers receive their meager wages only after much delay and after pressuring and pleading.”

Jalali said: “Administrative corruption has disrupted economic growth and created an unhealthy tax system. Off target economic programs, instability in accumulation of assets, and unhealthy growth of the money in circulation have ultimately resulted in disrupting production and distribution in the country.”

“We should all be vigilant and note that the threshold of the poor’s tolerance is coming down,” he concluded, according to a report on Sunday in the Tasnim news agency, affiliated to the regime’s Revolutionary Guards (IRGC) Quds Force.

Gholamreza Mesbahi Moqaddam, a member of the parliament’s Budget and Planning Commission, stated in Isfahan on April 24: “We have seven million unemployed young people. Rescuing them means escaping the severe economic stagnation that our country is currently suffering.”