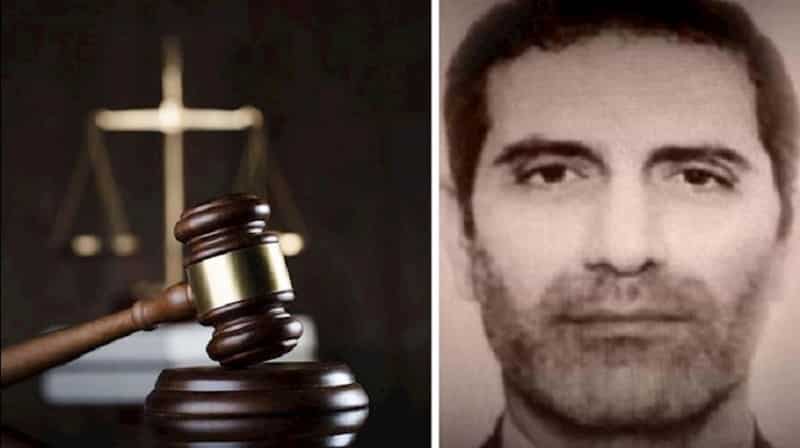 On Wednesday, the lawyer for the former Iranian diplomat and convicted terrorist Assadollah Assadi announced that there would be no appeal of the verdict handed down by a Belgian court in February. The former third counsellor at the Iranian embassy in Vienna had not previously participated in his trial or sentencing and had responded to initial investigations by intimating that if his case were not dropped, Iran-backed terrorist groups might launch new attacks on Western targets.

Assadi’s pending 20-year sentence stems from the attempted bombing of the National Council of Resistance of Iran’s gathering that was held just outside of Paris in June 2018. As well as masterminding the plot and managing the three operatives tasked with carrying it out, Assadi personally obtained the required explosives from Iran and smuggled them into Europe using a diplomatic pouch on a commercial flight. Upon handing them off to an Iranian-Belgian couple in Luxembourg, he reportedly directed them to place the device as close as possible to the event’s keynote speaker, the Iranian Resistance leader Maryam Rajavi.

Mrs. Rajavi responded on Twitter to the confirmation of Assadi’s sentence and insisted that underlying issues remain to be addressed. “It is more important [now] for the EU to blacklist the regime’s Ministry of Intelligence and the Revolutionary Guards, and prosecute and expel its agents and mercenaries,” she said. The recommendation reflects the perception that Assadi’s activities are part of a much larger phenomenon pervading Iran’s diplomatic infrastructure. And that perception was largely validated by Assadi’s trial, during which prosecutors repeatedly emphasized that he had not been acting on his own accord but at the behest of leading authorities in the clerical regime.

In statements both before and after the trial, the NCRI attributed the planning of that attack to the Supreme National Security Council, the function of which was recently highlighted by Iranian regime’s President Hassan Rouhani as part of an “exact system and framework” for collaborative decision making in matters of foreign policy.

“The SNSC was set up to allow the heads of the three branches to be present and the military and the government branches to come together,” Rouhani explained. “Military commanders and political officials are there. We discuss, and finally, the Supreme Leader must approve our decision, so we have no problems.”

His remarks in an April 28 cabinet meeting were prompted by the leak, just days earlier, of a recording in which the regime’s Foreign Minister Javad Zarif appeared to highlight tensions between the so-called “moderate” and “hardline” factions within the regime. However, that recording also confirmed the close interactions and frequent overlap between Tehran’s paramilitary and diplomatic institutions.

Noting that “the Foreign Ministry’s agenda has been a political-security agenda since the beginning of the revolution,” Zarif acknowledged that many ambassadors have a background in security, including as officers of the Islamic Revolutionary Guard Corps or operatives for the Ministry of Intelligence and Security. This is the very situation that Mrs. Rajavi was calling attention to when she urged European policymakers to extend terrorist designation to those bodies and to scrutinize Iran’s diplomatic missions and other institutions in the West for possible infiltration by the same.

The potential for that infiltration has been well-recognized in some circles since before Assadi’s 2018 arrest, and public responses to the case helped to raise the profile of malign activities being carried out by the regime in the guise of diplomacy, journalism, or business. Accordingly, a resolution has been introduced to the US House of Representatives, with more than 220 co-sponsors, which urged the government to “work with European allies… to hold Iran accountable for breaching diplomatic privileges, and to call on nations to prevent the malign activities of the Iranian regime’s diplomatic missions, with the goal of closing them down.”

Res. 118 also calls attention to the Belgian court’s findings in the Assadi case, including the finding that he had been part of a much larger network of operatives and had provided cash payments to many of those operatives for services as yet unknown. Although Assadi’s three known co-conspirators in the 2018 terror plot were also convicted and sentenced to prison terms of between 15 and 18 years, there is no indication that the network as a whole has been seriously harmed, much less dismantled.

For that to happen, the international community will surely need to make a concerted effort to demand broader accountability for the plot against the NCRI rally, not to mentioned a number of other plots and surveillance activities that have been uncovered in recent years, including several in 2018 alone.

In March of that year, Iranian operatives were found to be planning for deployment of a truck bomb against the NCRI’s main constituent group the People’s Mojahedin Organization of Iran (PMOI/MEK) in Albania. After that plot was thwarted, the Iranian ambassador and three other diplomats were expelled from the country. Three others were later expelled from France and the Netherlands as a consequence of the June bomb plot and instances of an actual or attempted assassination of individual Iranian diplomats in Europe.

Furthermore, in August 2018, a federal court in the US filed charges against two Iranian nationals who had been spying on MEK activists and other figures in the US, with the apparent intention of setting the stage for terrorist attacks there, as well. This goes to show that not even the US is insulated from Iranian terror threats despite having no formal diplomatic ties with the country for more than 40 years.

The danger to European nations is, without question, much greater. And there is good reason to assume that that danger will only continue to grow if the European Union and its member states disregard the recommendations from Mrs. Rajavi and others regarding how to hold the entire regime accountable for prior incidents. Although Assadi’s conviction was a significant development, it was significant precisely because the international community has turned a blind eye to Iranian state-sponsored terrorism for too long.

Although numerous Iranian officials have been implicated in that practice over the years, Assadi is not only the first to be convicted in Europe but the first to even be prosecuted. His case, therefore, represents a challenge to Tehran’s assumption of impunity in such matters but is by no means sufficient to remove that assumption altogether. This is evident from the regime’s initial response to the Assadi case and from the fact that Iranian authorities are even now arguing that he is owed diplomatic immunity and that the Belgian prosecution violates international law regardless of the severity of what Assadi has done.

No one is likely to take this argument seriously, but it is not enough to simply dismiss it. Tehran’s protests must be rejected in the strongest terms so that no one will ever think of raising them again in defense of clear-cut instances of state-sponsored terrorism.