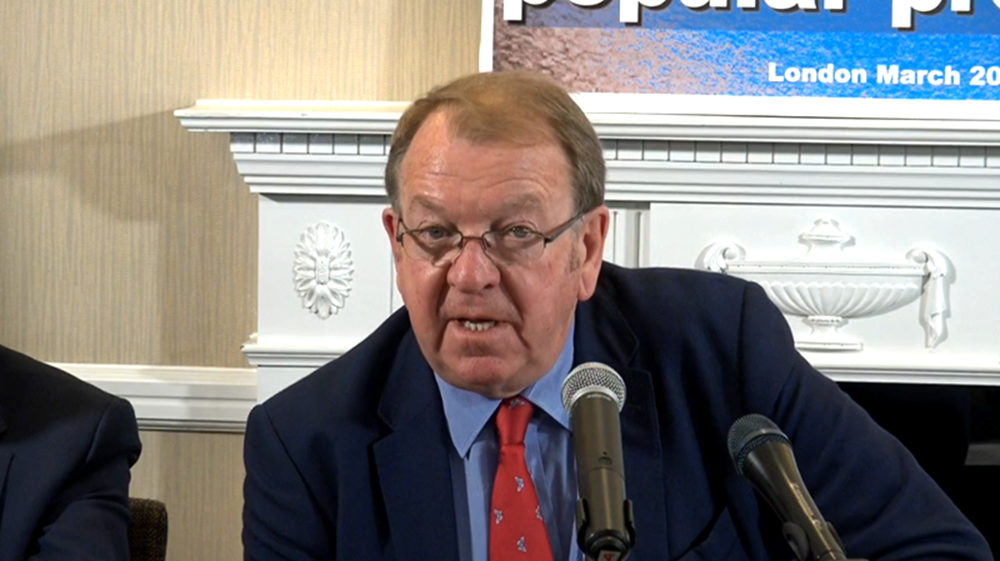 The announcement by President Trump that he intends to designate Iran’s Revolutionary Guards Corps (IRGC) as a foreign terrorist organisation is a further nail in the coffin for the thuggish clerical dictatorship.

With renewed US sanctions already hammering the Iranian economy, the blacklisting of the IRGC will provide a potentially lethal death-blow. The IRGC controls almost every aspect of Iran’s business and industry, paying no taxes and funnelling funds into the mullahs’ pockets and into proxy wars and terrorism across the Middle East and further afield. It will now be virtually impossible for anyone to do business with Iran without doing business with the IRGC and attracting the wrath of the Americans for sanctions-busting.

To designate a foreign power’s military as a terrorist organisation is an unprecedented move, but clearly indicates the Trump administration’s view that the IRGC’s fingerprints are evident on assassinations, bomb attacks, terrorism and the financing and military support of terrorist groups around the world. The US President has stated that the designation “recognises the reality that Iran is not only a state sponsor of terrorism, but that the IRGC actively participates in, finances, and promotes terrorism as a tool of statecraft” and that anyone who does business with the IRGC will be “bankrolling terrorism.”

Coming hot on the heels of the US blacklisting of General Qasem Soleimani and the extra-territorial Iranian Quds Force that he commands, the designation of the IRGC as a foreign terrorist organisation is the fulfilment of a longstanding call that has been made for years by the main Iranian democratic opposition movement the People’s Mojahedin of Iran/Mojahedin e-Khalq (PMOI/MEK). Their plea was ignored throughout Barack Obama’s two terms in office, during which he followed a disastrous policy of appeasement towards the mullah’s fascist regime. Thankfully the more realistic policy of the current administration may create the necessary conditions for regime change and eventual freedom, justice and peace for the 80 million oppressed citizens of Iran.

Struan Stevenson , Coordinator of Campaign for Iran Change, was a member of the European Parliament representing Scotland (1999-2014), president of the Parliament’s Delegation for Relations with Iraq (2009-14) and chairman of Friends of a Free Iran Intergroup (2004-14). He is an international lecturer on the Middle East and is also president of the European Iraqi Freedom Association (EIFA).

Previous articleIran Regime’s Ministry of Intelligence Should Also Be Classified as FTO
Next articleIran’s Flood: Crisis Mismanagement and Consequent Risks