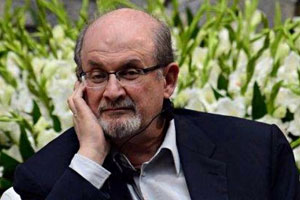 NCRI – The death sentence issued in 1989 by Khomeini against British author Salman Rushdie remains in force and only Ali Khamenei, the regime’s Supreme Leader can rescind it, a senior cleric has declared.

Mohsen Gharavian said: “Salman Rushdie is a mercenary of the world arrogance… Years has passed since Khomeini made the ruling but the decree continues to remain live and valid and no one except the person in the position of Velayat-e faqih can rescind it.”

The death verdict against Salman Rushdie was issued by the Iranian regime’ founder, Khomeini, for writing a novel.

Cleric Mohsen Gharavian made the remarks in the city of Qum on the anniversary of the death verdict, state-run news agency ISNA reported.

In December 1990, two days after Rushdie renounced his novel, Ali Khamenei, the then and current Supreme Leader of the regime issued a statement describing Rushdie as an apostate.

Ali Khamenei said that Khomeini ruled before his death that the edict against Rushdie would remain in place even if the author repented and that Khomeini’s order therefore still stands.