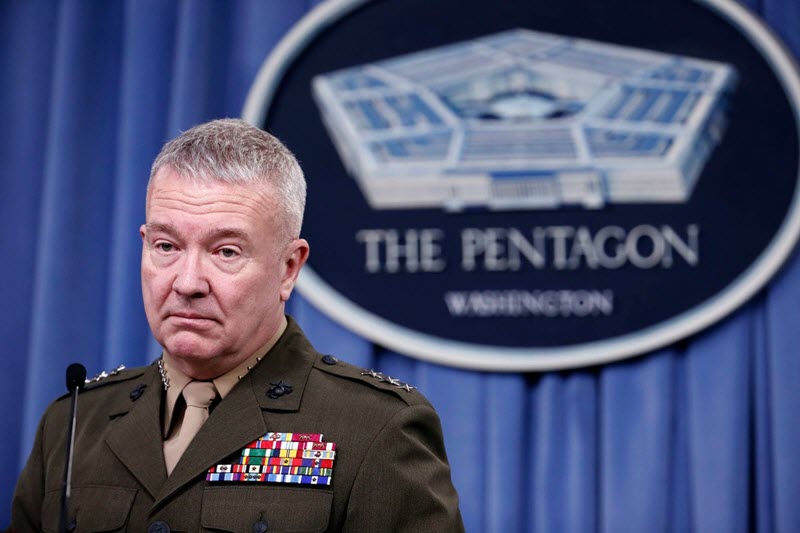 The incoming commander of US Central Command in the Middle East has said that Iran’s malign behaviour has only increased this year.

McKenzie, who is likely to be confirmed before the end of the year, said: “Iran’s malign behaviour hasn’t abated since before during or after the nuclear deal in the domains in which I see — which is their development of ballistic missiles, their activities in Syria and Yemen, and in other [Middle Eastern] nations.”

When speaking to Sen. Ted Cruz of Texas, McKenzie advised that US withdrawal from the 2015 nuclear deal, otherwise known as the Joint Comprehensive Plan of Action (JCPOA), and subsequent reimposition of sanctions was putting much-needed pressure on the Iranian Regime, but feared this could be undone by other nations looking to circumvent sanctions.

One of McKenzie’s key concerns is Tehran’s attempts to develop an intercontinental ballistic missile with “significant range” potentially utilising research from their space programme, which could be used to carry nuclear warheads. He said that if Iran were allowed to become a nuclear power, it would threaten the US, destabilise the region and “lead the worst of all possible outcomes for us, which would be proliferation across the theatre”.

McKenzie also said that he was confident ballistic missiles fired from Houthi rebels in Yemen at Saudi Arabia were procured with Iranian assistance.

He advises Iran’s threat would “require the command to adopt innovative techniques to deter Iran” and, as such, he would advocate against the reduction of CentCom. If the US presence in the region decreased, it would take longer to respond to a threat from Iran, i.e. if the Regime challenged a U.S. naval vessel in the Strait of Hormuz, as they have done many times in the past three years.