On January 03, Qassem Soleimani the notorious commander of the Islamic Revolutionary Guards (IRGC) terrorist Quds Force, along with Abu Mahdi al-Muhandis, the head of Iraq’s suppressive Bassij was killed by the US military strike in Iraq.

Mrs. Maryam Rajavi, the President-elect of the National Council of Resistance of Iran (NCRI), described the elimination of Qassem Soleimani and Abu Mehdi Muhandes as an “irreparable blow to the clerical regime.”

Mrs. Rajavi emphasized that “The time had come to evict the mullahs from the region, especially from Iraq, Syria, and Lebanon, and expel the IRGC from these countries. In this way, Iraq, which had been delivered by the United States to the clerical regime on a silver platter, will be liberated from the yoke of the religious fascism ruling Iran.”

“Qassem Soleimani was one of the most vicious criminals in Iran’s history. He was personally involved in the massacre of hundreds of thousands of people in the region and in driving millions of others from their homes. He was also the mastermind of the massacre of the Mujahedin-e Khalq (PMOI/MEK) in Camp Ashraf in Iraq, and of many other terrorist operations against the Iranian Resistance in that country, in Iran, and in other countries. With his elimination, the process of overthrowing the mullahs will be greatly expedited,” read the statement of the NCRI’s president-elect.

Elimination of Qassem #Soleimani and head of Iraq’s suppressive Bassij force is irreparable blow to mullahs’ regime; Time to evict IRGC from the region #Iranhttps://t.co/V9Vl9NjMUT pic.twitter.com/Xpom5xZROl

The U.S. government blacklisted Soleimani for his active role in the spread of terrorism across the globe.

Soleimani, dubbed as the “Shadow Commander,” was the regime’s highest-ranking General second-in-command after the regime’s supreme leader, Ali Khamenei. Below is a brief background of this criminal.

Soleimani joined the Revolutionary Guards in 1979 after the 1979 revolution. Furthermore, he played an active role in the suppression of the Kurdish minority.

QASSEM SOLEIMANI IN THE IRAN-IRAQ WAR

After the Iran-Iraq War, Suleimani trained several battalions of the IRGC in the southern city of Kerman and dispatched them to the southern front. Shortly he was sent to the city of Susangerd as commander of a company. At the beginning of the war, Suleimani commanded one of the brigades of the 41st Division of Kerman. During the war, he was promoted and became commander of the 41 Mechanized Division of the so-called Thar-Allah brigade.

Qassem Soleimani and the monopoly of production and distribution of drugs

Following the regime’s cease-fire with Iraq, the IRGC seized a monopoly on drug trafficking under the pretext of “Fighting drug traffickers” to finance its overseas operations. Until his appointment as the head of IRGC the Quds Force in 1997, Ghassem Suleimani was responsible for the production and distribution of narcotics from Afghanistan to countries in the region and Africa, Europe, and the United States.

QASSEM SOLEIMANI’S APPOINTMENT AS HEAD OF THE QUDS FORCE

In mid-1998, Khamenei appointed Qassem Soleimani as commander of the Quds Force. From that date until his death, Qassem Soleimani was the source and the force behind all the chaos and humanitarian crises and terrorism in the Middle East countries and other Asian countries in Africa, America, and Europe. Qassem Soleimani was Khamenei’s top commander and directly received his orders from him. He was Khamenei’s adviser in Afghanistan and Iraq, and in the Supreme Council of the Security Council, Soleimani had the last word on regime’s interference in the affairs of countries in the Middle East. In affairs, Soleimani was personally involved in promoting the regime’s political influence and terrorist activities in Lebanon, Syria, and Palestine.

“Suleimani took command of the Quds Force fifteen years ago, and in that time he has sought to reshape the Middle East in Iran’s favor, working as a power broker and as a military force: assassinating rivals, arming allies, and, for most of a decade, directing a network of militant groups that killed hundreds of Americans in Iraq. The U.S. Department of the Treasury has sanctioned Soleimani for his role in supporting the Assad regime, and for abetting terrorism,” read the report.

Javad Zarif, the Iranian regime’s Minister of Foreign Affairs, a close friend of Qassem Soleimani said “The US’s act of international terrorism, targeting & assassinating General Soleimani- the most effective force fighting Daesh  Al Qaeda et al- is extremely dangerous & a foolish escalation. The US bears responsibility for all consequences of its rogue adventurism.”

While Soleimani was hated by the Iranian people, he was supported by all factions within the regime, including Javad Zarif, the regime’s foreign minister. On several occasions, Zarif had praised Soleimani.

Zarif once said “Commander Soleimani and I never felt we have any differences. We have been working together closely for over 20 years…During the U.S. attack on Iraq, as Iran’s representative in New York, I … had the greatest coordination with commander Soleimani. Subsequently, when I became minister, the two of us decided to make sure we meet at least once a week when we were both in Tehran to review the latest developments and undertake the necessary coordination.” (state-run daily Entekhab on September 1, 2019)

Now, after the death of Soleimani and as the prospects for the ruling theocracy’s overthrow is within reach, as Mrs. Rajavi has stated, “It is time for the regime’s armed forces to refrain from firing on the Iranian people, lay down their weapons and surrender. The armed forces’ patriotic personnel must join the people of Iran.” 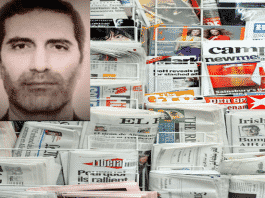 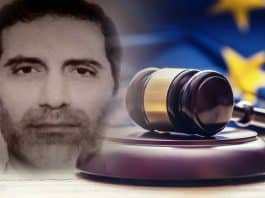 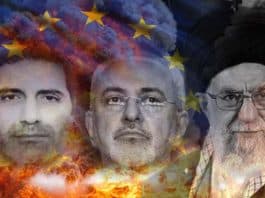