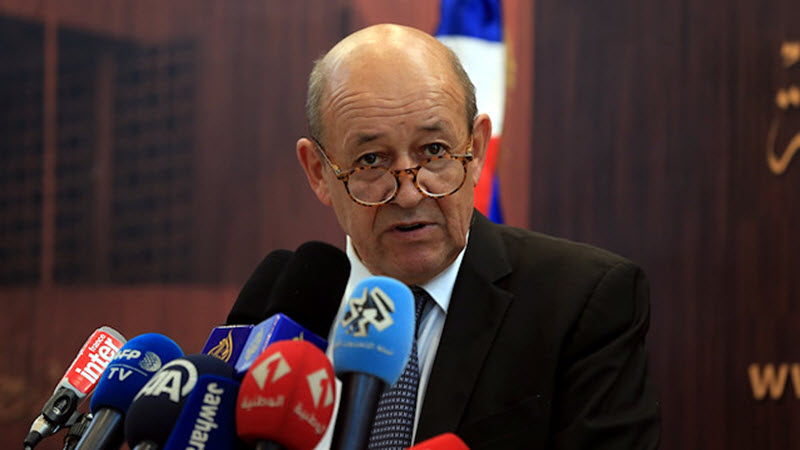 The foreign ministers of the European Union endorsed, on Monday, a French government decision to sanction Iranian nationals accused of a bomb plot near Paris, which could lead to the EU-wide enforcement of the measures, according to diplomats.

The ministers said that technical work on freezing the EU assets of two Iranians and Iran’s intelligence service, who stand accused of arranging the failed bomb attack on the rally of an exiled Iranian opposition group, could now start.

In October, France stated that there was no doubt that the Iranian intelligence ministry was behind the June plot and froze assets belonging to the Ministry and two Iranian nationals – a Vienna-based diplomat now being held in Belgium for his role in the plot and the deputy minister and director general of intelligence, Saeid Hashemi Moghadam. They also expelled their Iranian diplomat.

Denmark also lobbied for support for similar EU-wide sanctions once its investigation into the Iranian intelligence service’s plot to assassinate a political opponent on Danish soil concludes.

A change in Europe

While these actions are largely symbolic in impact, given that neither individual has assets in France, it does mark a shift in how the EU is prepared to deal with Iran for its destabilising activities in Europe and the Middle East.

Previously, the EU has been trying to stop the US from imposing sanctions on Iran after Donald Trump withdrew from the 2015 nuclear accord, which was supposed to restrict Iran’s nuclear programme.

They even tried to set up a special purpose vehicle to evade US sanctions by setting up a bartering system, a bizarre plot that reared its ugly head again on Monday with some ministers claiming that it should be set up under EU law, rather than their member states. However, technical difficulties, the lack of countries willing to host its headquarters, and the fact that it violates US sanctions mean that the SPV will likely never come to pass.

While, Britain, France and Germany proposed sanctioning Iran in March, over its development of ballistic missiles and its role in Syria’s war, but the measure did not gain sufficient support across the EU, largely because of countries like Italy that are seeking to preserve business ties with Iran.

Maybe, in the wake on Monday’s developments, these sanctions could be proposed again and passed; after all, the EU seems to be waking up to Iran’s deception and malign behaviour.

Previous articleIran Regime’s Zarif Is a Liar
Next articleWhat Happened to the EU’s SPV for Iran Regime?