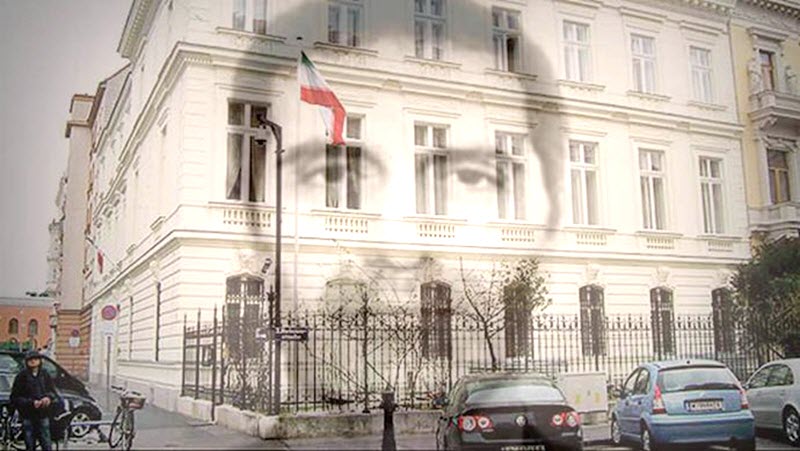 Over the weekend when June turned into July, four Iranian regime-linked suspects were arrested with terror charges in Western Europe and their plan to bomb the Free Iran gathering, organised by the National Council of Resistance of Iran (NCRI), was foiled.

First, a Belgian couple of Iranian heritage were arrested in Belgium and found to have a powerful homemade explosive and a detonation device in their vehicle. They were on their way to bomb the rally.
Their arrest led to the arrest of Iranian diplomat to Austria, Assadollah Assadi, who had given the couple the explosives. He was in Germany at the time of his arrest, where he does not have diplomatic immunity, and is set to be extradited to Belgium.

Another Iranian was arrested in France and is also set to be extradited to Belgium.

You might expect that this plan of attack would result in a firm condemnation of the terrorist diplomat’s actions from the European External Action Service (EEAS), but all we’ve heard is silence. Worse still, Europe still seems to be appeasing the Regime and attempting to salvage the 2015 nuclear deal that the US withdrew from in May.

Considering the fact that Iran, the largest state-sponsor of terrorism in the world, has just been caught trying to commit an act of terror on European soil, why is the EU still so eager to engage unconditionally with the mullahs when it will only make them more vulnerable to this type of attack?

Alejo Vidal-Quadras, former vice-president of the European Parliament and current president of the Brussels-based International Committee In Search of Justice (ISJ), wrote: “The EU’s eagerness to further unconditional engagements with Iran seems to have only made Europe more vulnerable to state-sponsored terrorism, as Iran has used its ease of access to the European Union countries for espionage and terror plots that jeopardize the lives of European citizens. The EU needs to wake up. We should follow up the brave actions of our intelligence and police services with firm and decisive political action. We could respond by downgrading our diplomatic relations and expelling agents that are linked to the Iranian Intelligence Ministry in order to prevent more terrorist attacks on European soil.”

We should also remember that this type of action is not new. The past 30 years are littered with assassinations or attacks on Iranian dissidents by the Regime on European soil, including: