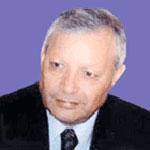 NCRI- In an interview with al-Arabiya TV, Mr. Saleh al-Qallab, the former Jordanian Minister of Information called on the Arab countries to stand against the Iranian regime’s meddling in the internal affairs of other countries in the region.

“Iranian regime’s meddling has entered a new phase. It is creating a situation in south of Saudi Arabia similar to Gaza, Southern Lebanon, Afghanistan and Iraq,” said Mr. Al-Qallab said on November 6.

“I clearly state that the activities of this regime has nothing to do with the Shiite religion,” he added.

“This is an important and dangerous issue for the region. It should be taken seriously. This is the responsibility of all Arab countries to be on the side of Saudi Arabia.  Any mediation by the Iranian regime will further expand that regime’s meddling,” he said.