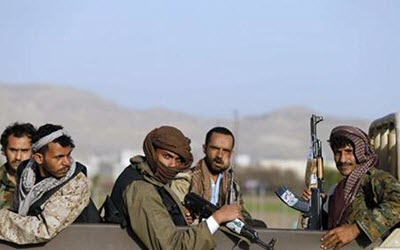 NCRI – The Advisor of the Yemeni Minister of Advertisement,Fahd al-Sharafi in an interview with al-Arabiya TV said:”the Houthi militias are terrorist and racist groups, that have nothing to do with the politics or governance of the country.

This terrorist group is working under the supervision of the Iranian regime, and they are worse than ISIS.

In order to fulfill the demands of the Mullahs’ regime, they carry out different operations. They are the allies of the Iranian Supreme Leader and develop Tehran’s policy in the region.”

Al-Sharafi also added: “the Iranian regime is also present in all operations carried out by the Houthi militias. It also played role in the coup plot, the fall of Sana’a and in launching missiles on Saudi Arabia.”

Additionally, the Commander of 17th Brigade, Colonel Abdul-hamoud Assaqir stated: “the Houthi militias are a terrorist group working for the Iranian regime.